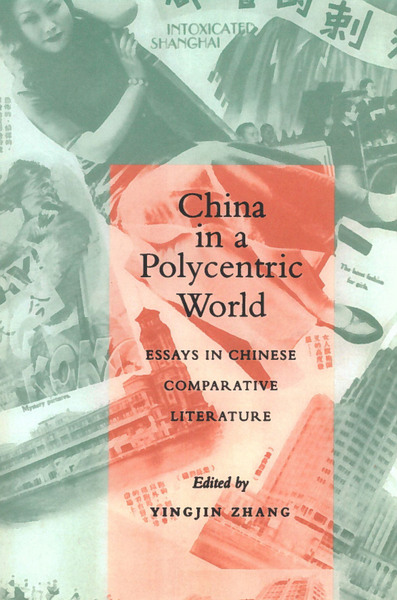 This collection provides a critical reexamination of the development and current status of comparative literature studies that engage the literary practices of both China and the West. In so doing, it attempts to refashion literary methodologies and cultural theories in Chinese studies and reread several noncanonical texts in ways that cut across disciplines, genders, and modernities.

Eschewing conventional taxonomies such as the study of literary influences and parallels, this volume shifts the emphasis from Chinese-Western comparativism to a critical rereading of Chinese or China-related texts using a variety of new critical approaches. Essays that draw on literary history, comparative poetics, modernist aesthetics, feminist studies, gender theory, and postcolonial discourse exemplify how multifaceted approaches can enrich our understanding of this field.

The essays are grouped in three parts: studies of disciplines, institutions, and canon formation; gender, sexuality, and the body; and technology, modernity, and aesthetics. They cover a range of subjects, including the challenge of East-West comparative literature, the impact of literary theory on Sinological research, canon formation in traditional Chinese poetry, gender and sexuality in Ming drama, contemporary Chinese fiction and television drama, the problem of translation, the influence of science fiction, and the “cult of poetry” in post-Mao China.

"China in a Polycentric World provides an important and much-needed testimony to the rewards and difficulties inherent in the challenge of practicing a comparative approach that reaches beyond the sphere of Western literatures. At its best, the book spurs scholars to question long-held assumptions about what literature is, how it can be talked about, and who is doing the talking."