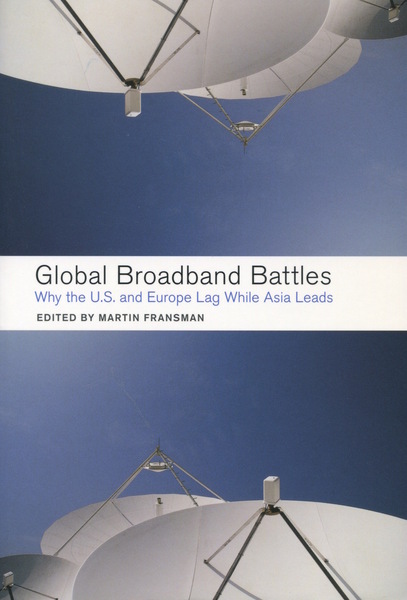 Global Broadband Battles
Why the U.S. and Europe Lag While Asia Leads
Edited by Martin Fransman
SERIES: Innovation and Technology in the World Economy

Broadband communications have become the most important focus in the current evolution of the Internet. But there is a significant difference in the broadband performance of different countries, raising critical issues about the United States, Japan and Korea, and the European Union. The United States gave rise to the Internet, but ranks eleventh in global broadband penetration. Japan and Korea lead the world in broadband penetration, and yet neither country dominates the global information and communications industry. The European Union has developed an effective new regulatory framework for electronic communications, yet follows both Asia and the United States. Global Broadband Battles explains these issues while analyzing the dynamic drivers of the broadband industry, including many of the technologies involved.

Martin Fransman is Professor of Economics and Founder-Director of the Institute for Japanese-European Technology Studies at the University of Edinburgh. His books include Telecoms in the Internet Age: From Boom to Bust to . . . ? (2002), winner of the Wadsworth Prize for the best business history book published in the United Kingdom in 2002, and The Market and Beyond: Information Technology in Japan (1990), winner of the Masayoshi Ohira Memorial Prize.

"Martin Fransman is a pioneer in analyzing the development of high-tech industries. This study of broadband internet, put together by Fransman and a group of informed coauthors, examines the different paths taken by Korea, Japan, the United States, and several countries in Western Europe. It is a fascinating and illuminating story."

"Global Broadband Battles is a fascinating and detailed account of the reasons why Japan and Korea have risen to world leadership in broadband communication, while the U.S. and Europe have been lagging. Fransman's book forcefully presents important policy lessons for companies and governments: competition should be fostered, the entry of new firms should be supported, and a regulatory regime allowing new competitors to be innovative should be encouraged."

"This book offers the reader a detailed explanation of the rise of South Korea to world leadership in the penetration of broadband, as well as the renaissance of Japan and the relative decline of the United States and Europe. It is compulsory reading for all those who wish to sort out these puzzles." 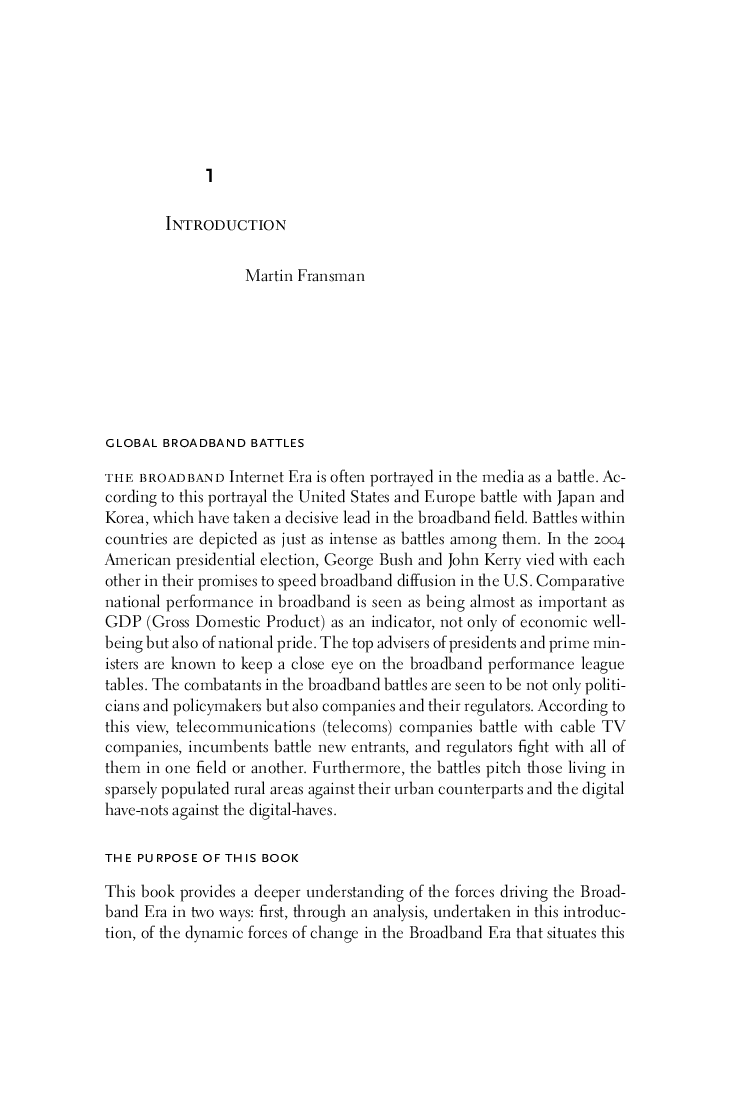 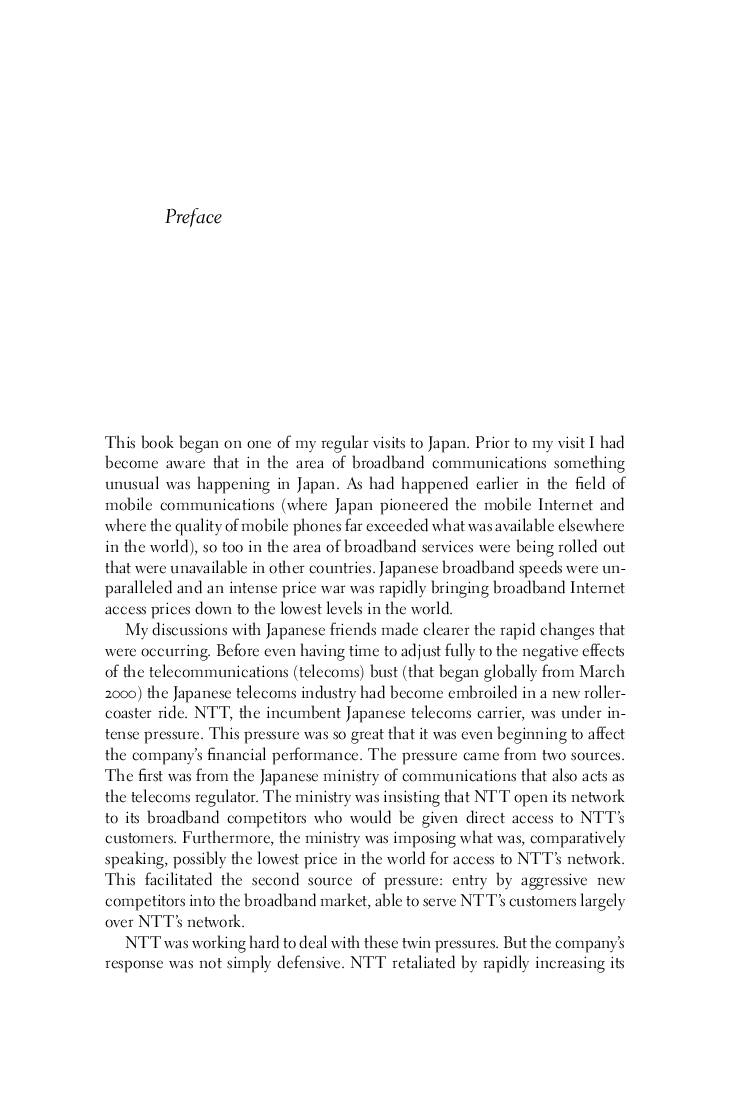 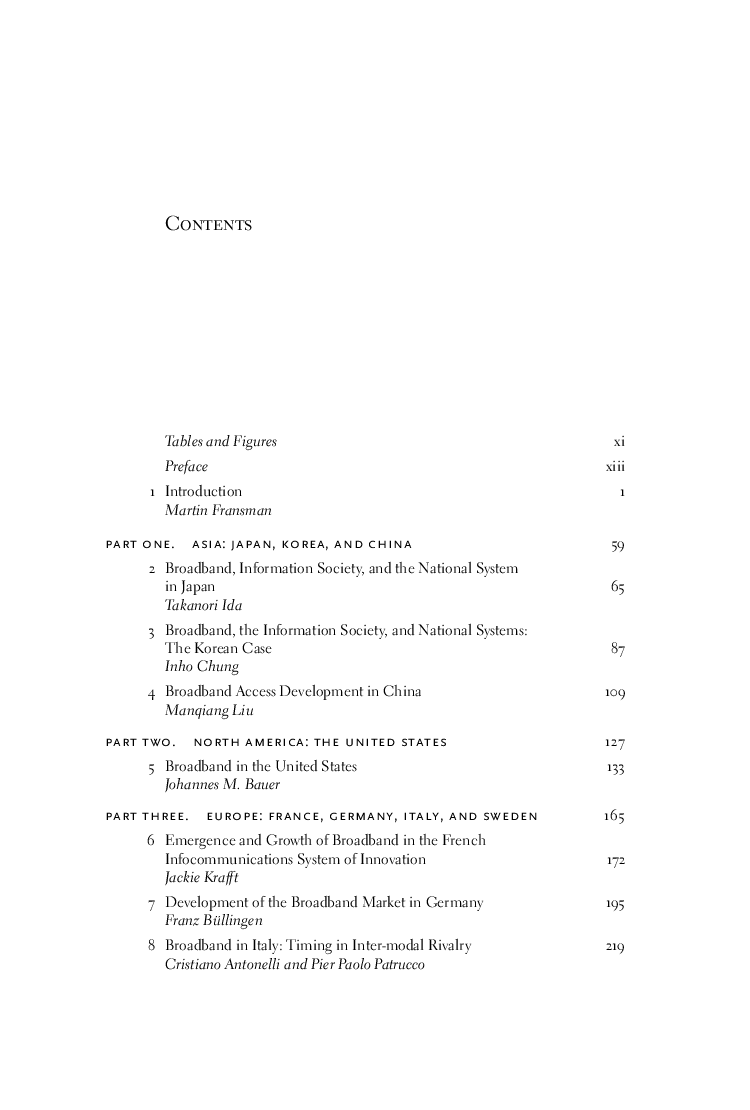