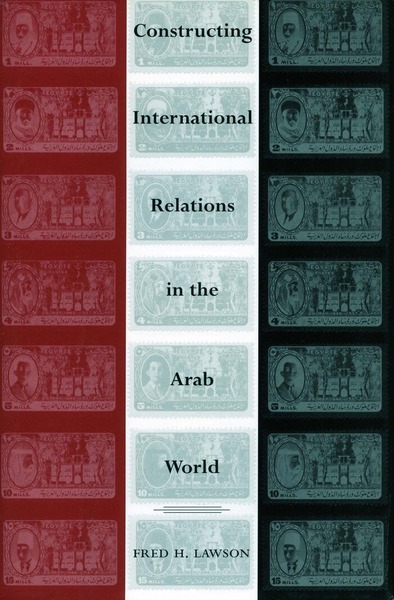 This book explores the emergence of an anarchic states-system in the twentieth-century Arab world. Following the collapse of the Ottoman Empire, Arab nationalist movements first considered establishing a unified regional arrangement to take the empire's place and present a common front to outside powers. But over time different Arab leaderships abandoned this project and instead adopted policies characteristic of self-interested, territorially limited states.

In his explanation of this phenomenon, the author shifts attention away from older debates about the origins and development of Arab nationalism and analyzes instead how different nationalist leaderships changed the ways that they carried on diplomatic and strategic relations. He situates this shift in the context of influential sociological theories of state formation, while showing how labor movements and other forms of popular mobilization shaped the origins of the regional states-system.

Fred H. Lawson is Professor of Government at Mills College. He is the author of Why Syria Goes to War (1996) and Bahrain: The Modernization of Autocracy (1989).

"...This book is a useful contribution to the literature on international relations of the Middle East and points the way to future research on state formation in the region."

"Lawson's book salvages the study of the inter-Arab political system from the Middle Eastern ghetto to which it has often been relegated and reintegrates it into a global framework. This work not only strikes another blow against the notion of Middle East exceptionalism, it does so within an interdisciplinary framework that should appeal to both political scientists and historians."

"Students of international politics generally throw up their hands at 'exotic' regions like the Middle East. Lawson's fine treatment reveals that standard explanations for the emergence of the state system there are too simple but that the puzzle will yield to careful theorizing and meticulous research. He shows that areas outside of Europe and the United States need not be off-limits to social science, but do need to be approached with deep understanding of the histories and societies involved."

"The occasional contrast between the shortness of the book and the big questions it deals with does not take away from Lawson's excellent analysis of a crucial topic, both for the region and for international relations. He establishes a successful bridge between Arab studies and the various social sciences, and carries it out through solid research and a comparative study in five countries. As a result, the book is a milestone for students of both the Arab world and the discipline of international relations." 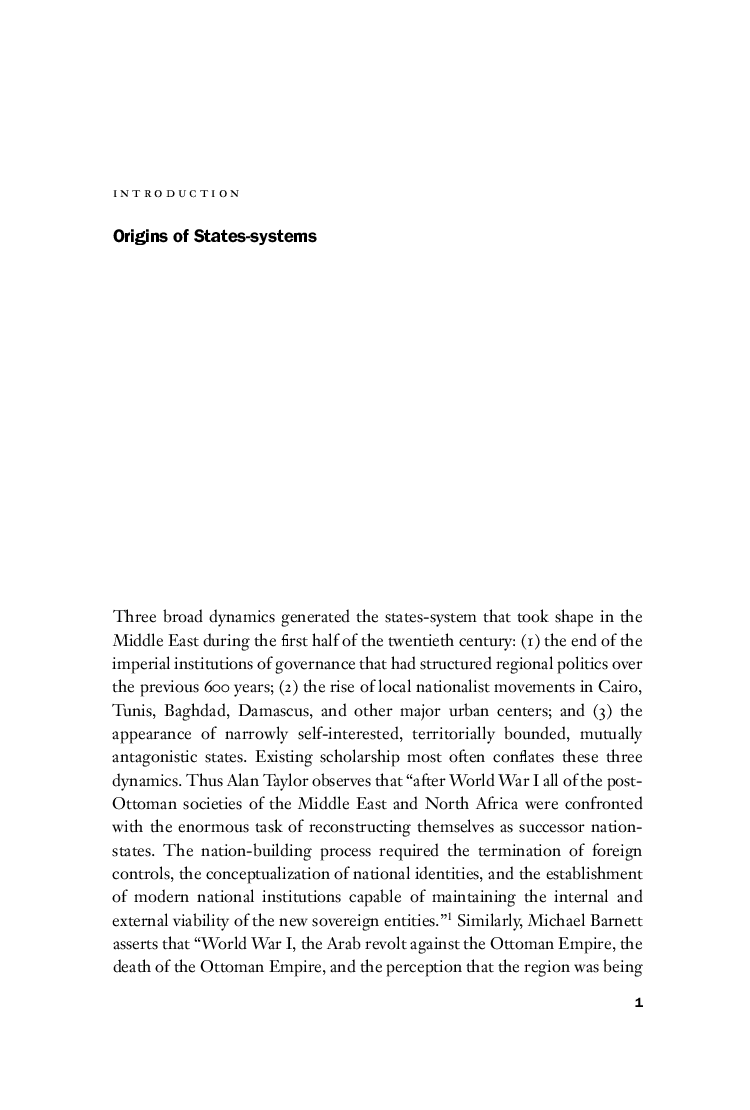 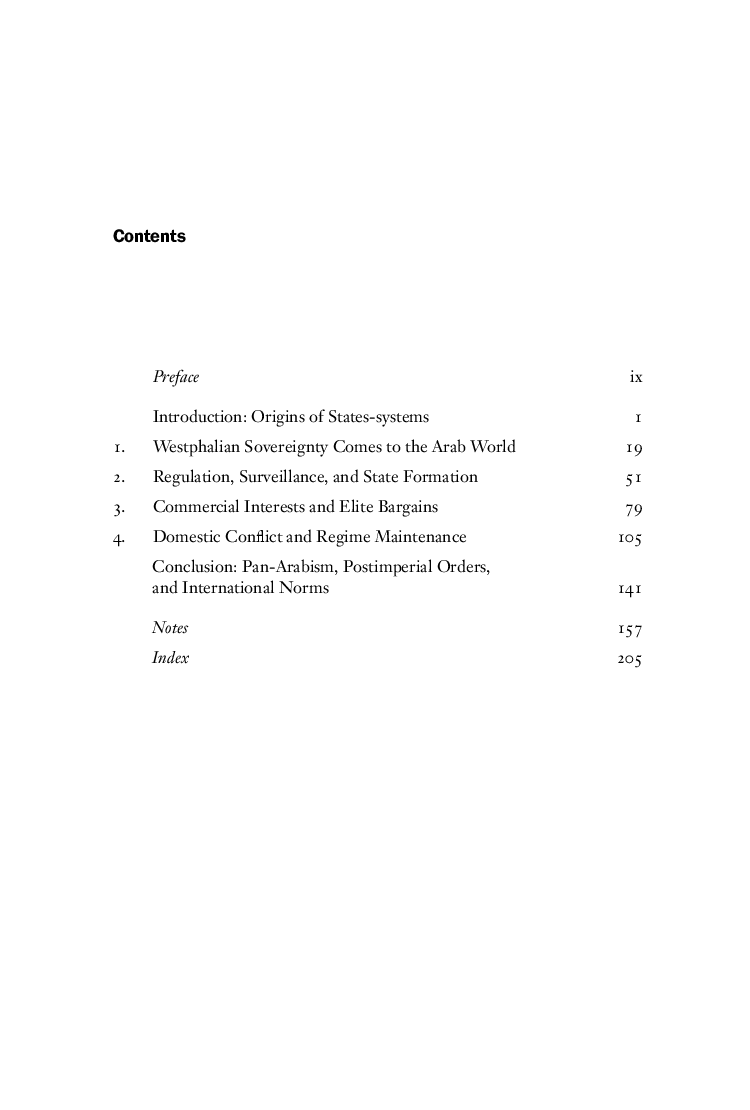