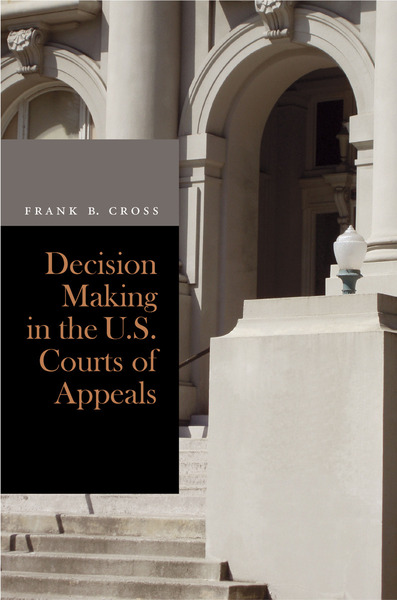 Decision Making in the U.S. Courts of Appeals
Frank B. Cross

This groundbreaking book analyzes the decisions made by the United States circuit courts over the past half century. These courts have a profound impact on the law—they issue many more decisions in many more areas of law than the Supreme Court. Cross demonstrates that while the courts' judges are influenced by ideology and by the appointing president, legal requirements exercise a much stronger influence on their decisions. He also shows that these courts are independent of the other branches of government and free from undue influence of various parties. The book further introduces new research on the precedent-setting power of decisions.

"Cross provides useful and novel integration of legal, political science, and economic research to understand circuit court decision making. His new avenues for empirical analysis... advance his goal of initiating future theoretical and empirical research by legal and social science scholars. Many of his findings will have great utility for those seeking determinants of circuit court and other collegial decision making."

"Cross's new book is a law professor's effort to explore the competing explanations for judicial decisions... The book will certainly not resolve the debate over the attitudinal model, but it will be impossible for specialists to ignore it as they continue to work toward a comprehensive understanding of judicial decision making."

"This is one of the most important empirical studies ever of the federal judiciary. Many of Cross's findings are striking and fresh, and he is able to show that the simple 'realist' story underrates the role of legal constraints—and that ideology matters too."

"Decision Making in the U.S. Courts of Appeals is a fascinating, indeed seminal, piece of work full of often surprising insights. Any serious political scientist and interdisciplinary legal academic will have to read this book and confront its careful, meticulously designed arguments and evidence." 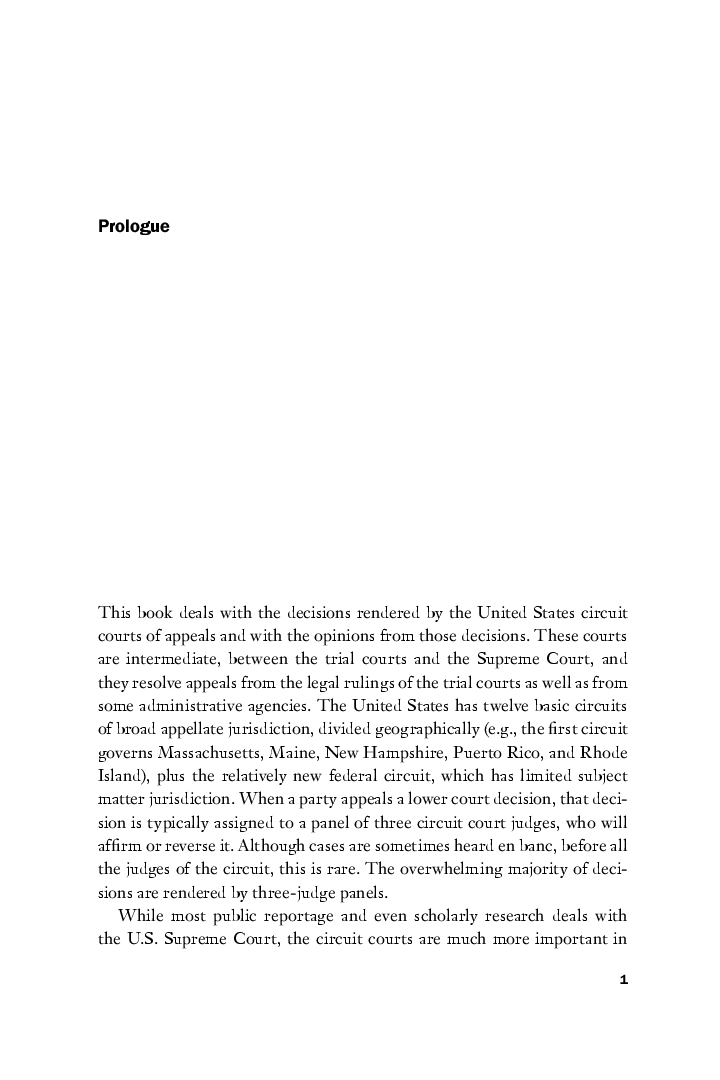 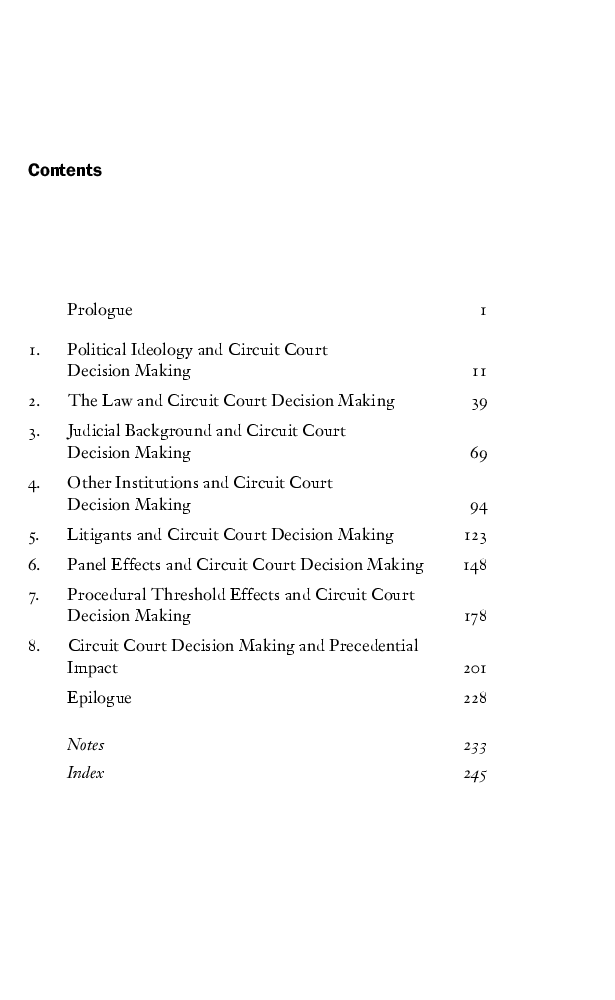