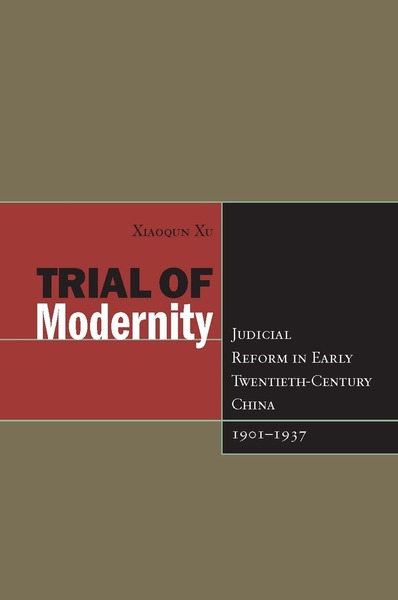 This is the first book in English on the Chinese judicial system and its operations in the Republican era, filling a large gap in the scholarship on modern China, Chinese law, Chinese legal history, and comparative law. It offers a richly-textured analysis of how judicial reform initiatives were envisioned and pursued by the central government from 1901 through 1937, how the various initiatives were, or failed to be, implemented at the provincial and county levels, and how the reform impacted judicial practices and power relationships in local society. Xu sheds new light on the reach of the Chinese state and on the complex interactions between the judicial field and administrative field within the state system, and between them and local society. In that context, he illuminates what judicial modernity actually meant for the Chinese state and society and why irregularities, abuses, corruption, and informal practices continued in spite of the reform.

Xiaoqun Xu is Associate Professor of history at Christopher Newport University in Virginia. He is also the author of Chinese Professionals and the Republican State: The Rise of Professional Associations in Shanghai, 1912-1937 (2001).

"Trial of Modernity is a book that is extensively backed up and illustrated by numerous case studies based on the reading of a large corpus of archival material. It offers a deep insight into the functioning of the judicial system at the grassroots level during the time under examination and shows very clearly the motivations of the different actors involved at all levels of the judiciary and bureaucracy. It can be highly recommended to any reader who wishes to have a detailed and colorful picture of the functioning of the judiciary."

"With Trial of Modernity, Xu offers the finest book available on the first stage of Chinese legal modernization . . . The book's skillful organization combines chronological, thematic and geographical approaches to give complementary views on the 'legal reform' movement."

"Xiaoqun Xu is a seasoned scholar who has sifted through local archives, provincial archives and published documents to create a compelling, robust study of judicial reform in early twentieth-century China. His extensive research is well-presented in this excellent piece of scholarship, which will make an important contribution to the field of Chinese law and legal practice."

"Xu has produced an outstanding study of the perils, pitfalls, and unintended consequences of a centrally mandated reform of a centuries-old legal tradition. Our knowledge of Republican era state making in twentieth-century China is certainly the richer for this work. Present-day political leaders in China who are rapidly moving the country toward the implementation of a full-blown Western style judiciary would do well to ponder the issues raised in these pages as well." 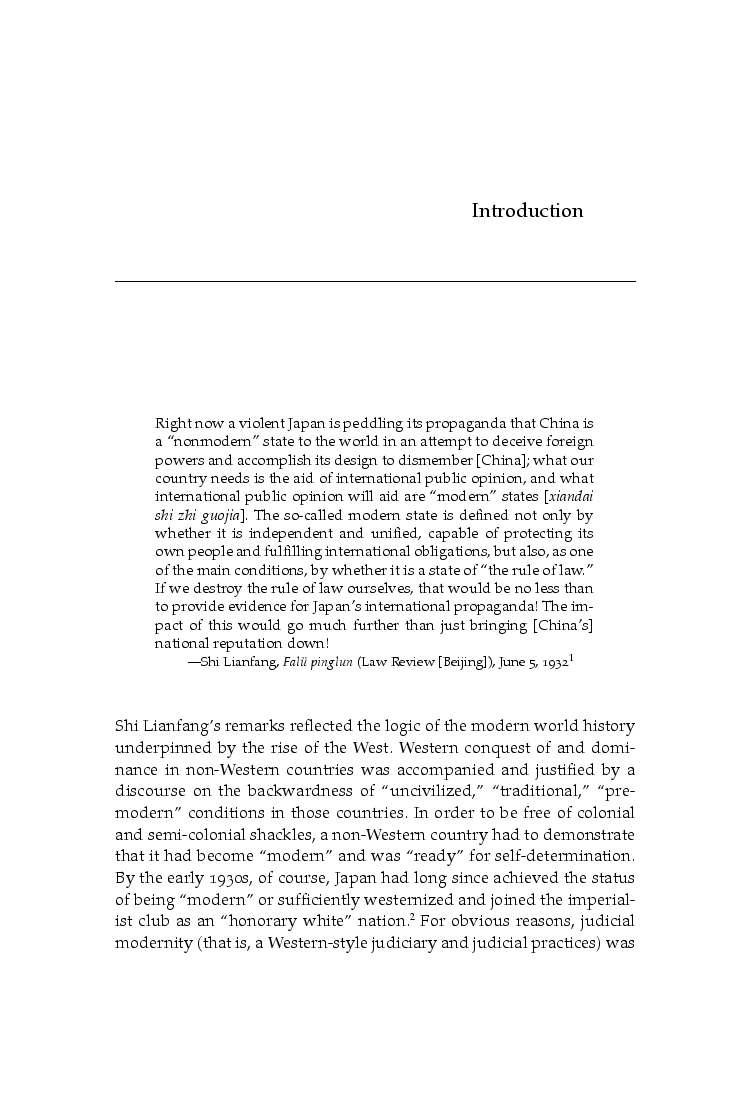 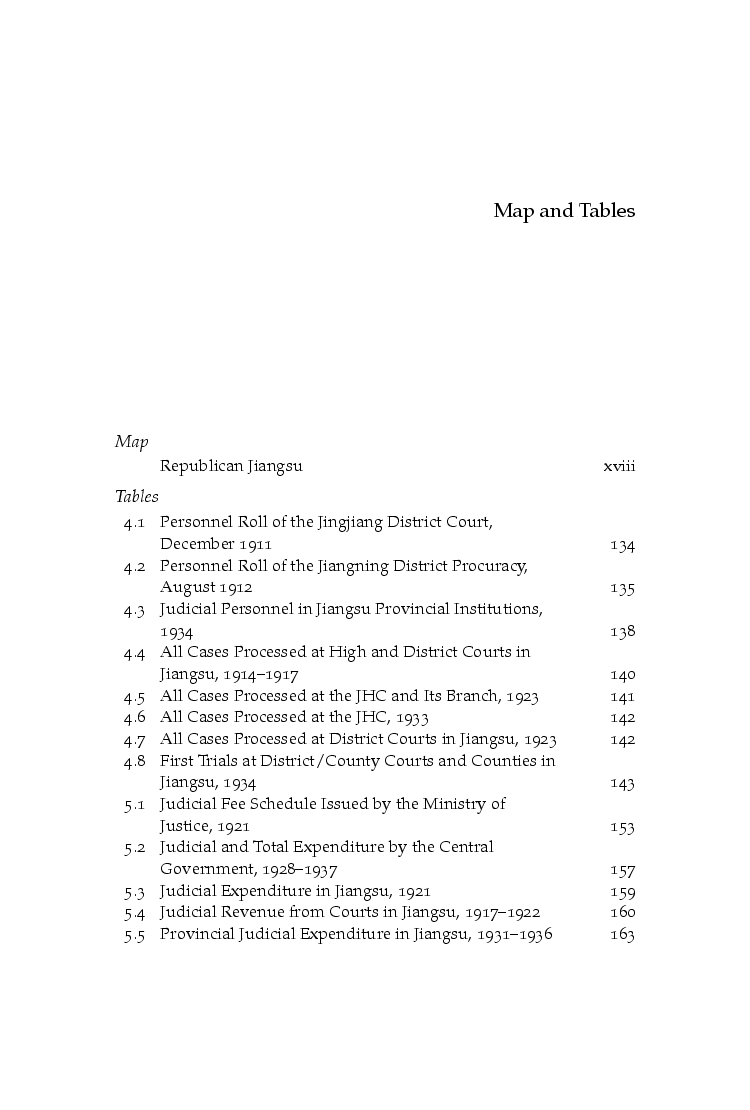 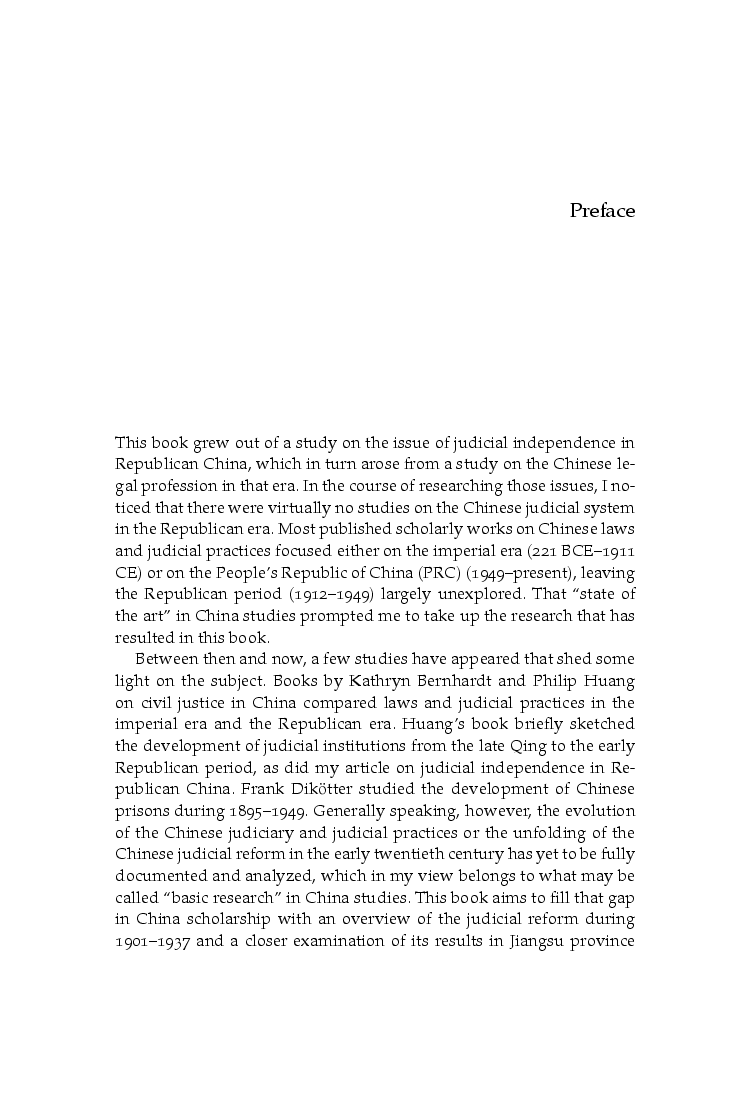 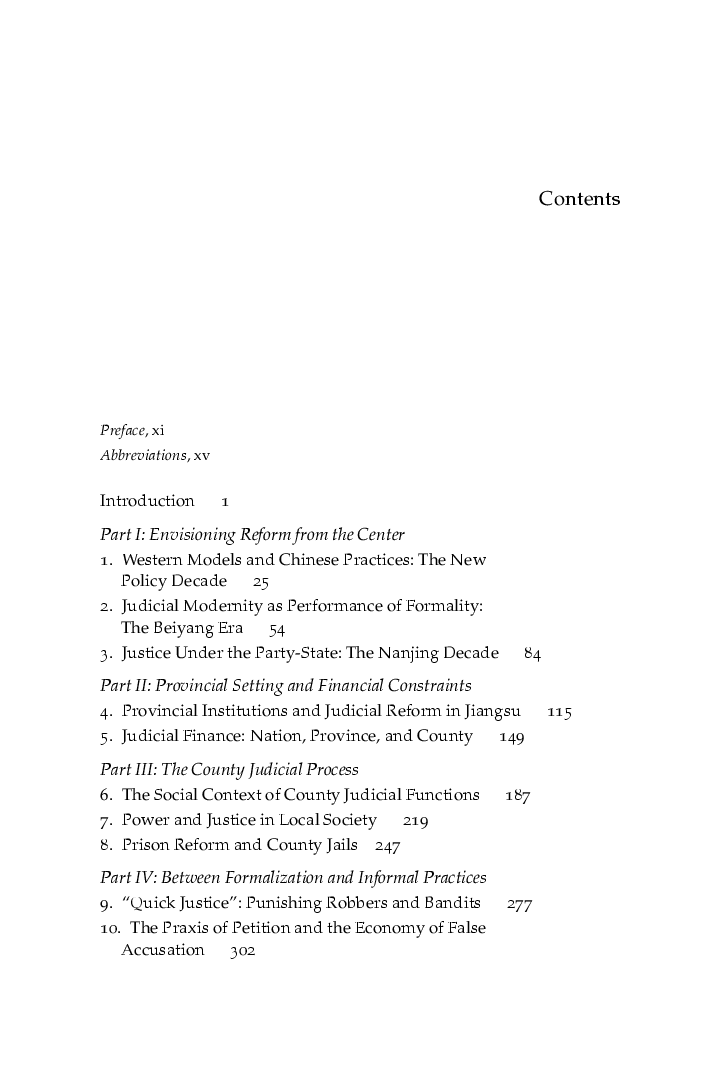