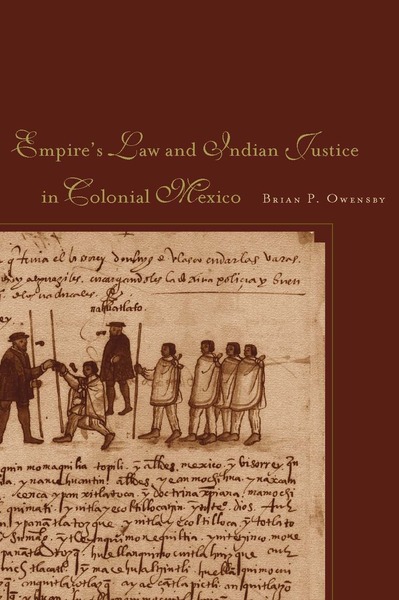 Empire of Law and Indian Justice in Colonial Mexico shows how Indian litigants and petitioners made sense of Spanish legal principles and processes when the dust of conquest had begun to settle after 1600. By juxtaposing hundreds of case records with written laws and treatises, Owensby reveals how Indians saw the law as a practical and moral resource that allowed them to gain a measure of control over their lives and to forge a relationship to a distant king. Several chapters elucidate central concepts of Indian claimants in their encounter with the law over the seventeenth century—royal protection, possession of property, liberty, notions of guilt, village autonomy and self-rule, and subjecthood. Owensby concludes that Indian engagement with Spanish law was the first early modern experiment in cosmopolitan legality, one that faced the problem of difference head on and sought to bridge the local and the international. In so doing, it enabled indigenous claimants to forge a colonial politics of justice that opened up space for a conversation between colonial rulers and ruled.

Brian P. Owensby is Associate Professor in the University of Virginia's Corcoran Department of History. He is the author of Intimate Ironies: Modernity and the Making of Middle-Class Lives in Brazil (Stanford, 1999).

"This book should become required reading for anybody wishing to make sense of legal relations, adaptation and resistance in the early New World and similar colonial contexts. It is a truly major tour de force."

"Owensby's careful research, lively writing, and persuasive argument make this book a real winner, suitable for specialist and student alike. This book is a 'must read' for those interested in Latin American history, comparative colonialism, or indigenous studies."

"The book gives us a wealth of interesting legal cases and thought-provoking analysis, and it is well worth reading."

"This work is reliable and contributes to the history of law at home and abroad in colonial times."

"This is the best study I've seen of how justice actually functioned in colonial Mexico. The key to Owensby's achievement is that he does not treat the law as an impartial and impersonal set of rules, but rather as an arena of contestation."

"What makes Owensby's study so fresh is that he does not focus so much on imperial laws, kings' decrees, and viceregal regulations as on actual cases brought before the famous Juzgado Genreal de Indios (the Indian Court) from 1590 to 1700. Here is the law at its bare-knuckle, rawest edge, where an aggrieved community seeks redress. Trained as a lawyer himself, Owensby teases out of his sources a world where Native villages were not helpless victims, but actors in protecting their interests from outsiders and rogue insiders...Highly recommended."

"Empire of Law and Indian Justice in Colonial Mexico is a compelling work that offers a new approach to the relations between indigenous peoples, their king, and his representatives and to the different meanings of law in the colonial context...Well crafted and clearly written, this work offers a fascinating view of seventeenth-century Mexican society that will engage its reader regardless of specialization." 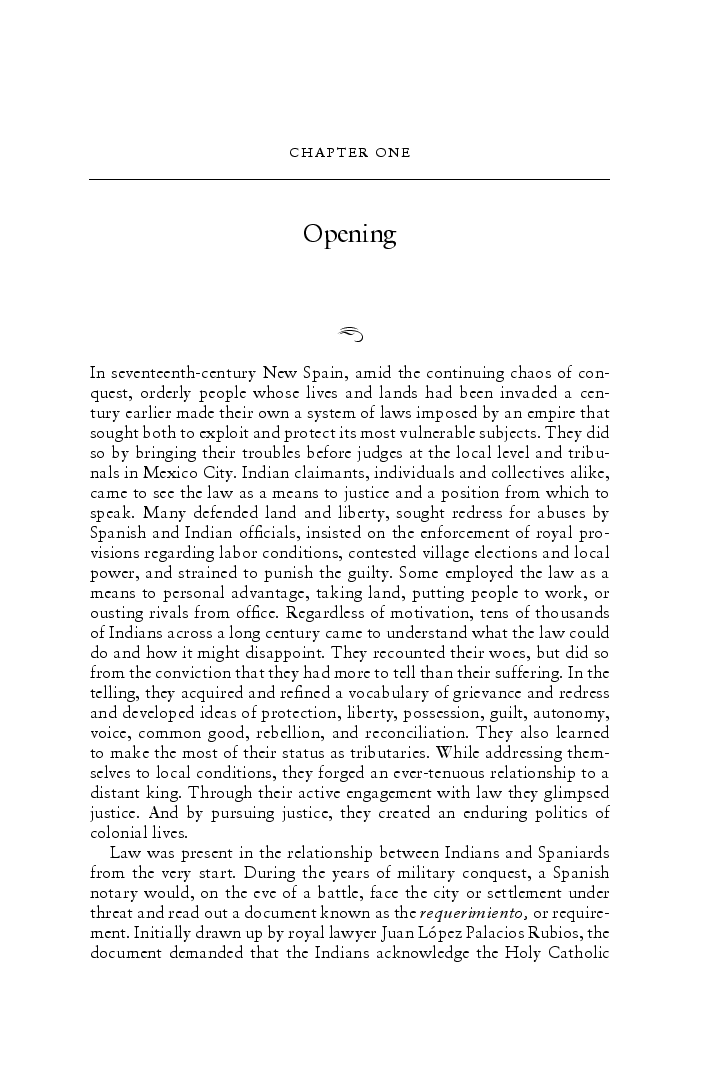 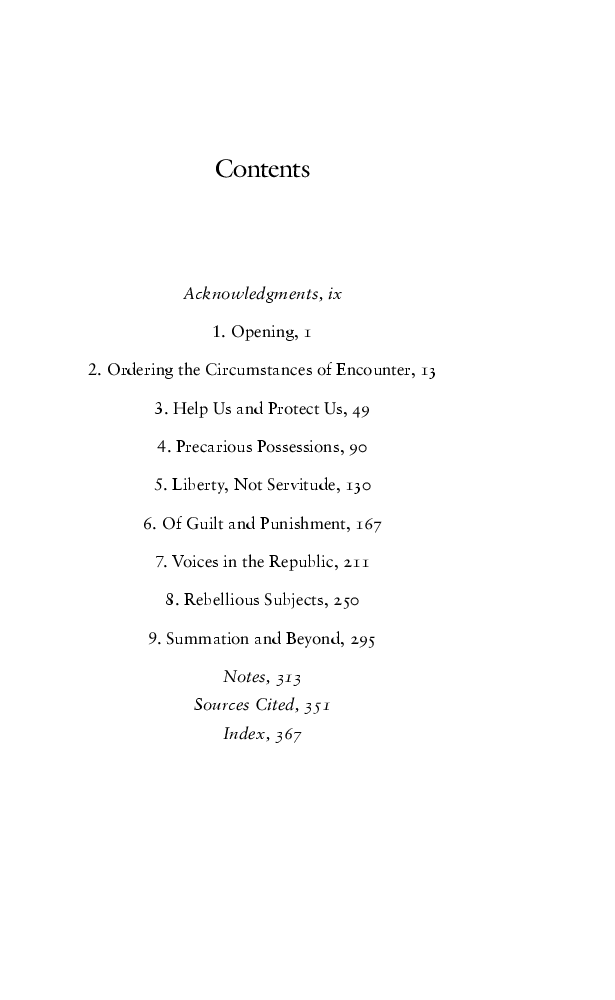