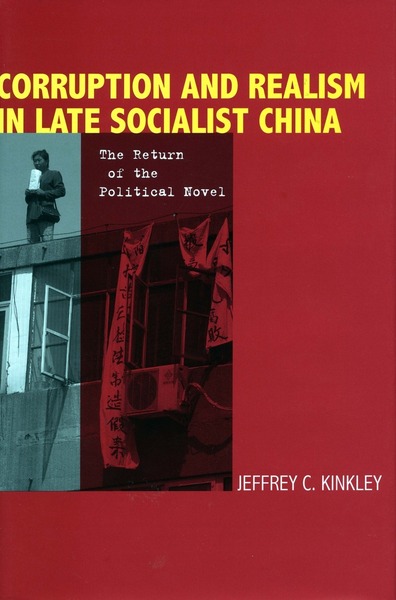 Corruption and Realism in Late Socialist China
The Return of the Political Novel
Jeffrey C. Kinkley

As China's centrally planned economy and welfare state have given way to a more loosely controlled version of "late socialism," public concern about economic reform's downside has found expression in epic novels about official corruption and its effects. While the media shied away from dealing with these issues, novelists stepped in to fill the void. "Anti-corruption fiction" exploded onto the marketplace and into public consciousness, spawning popular films and television series until a clampdown after 2002 that ended China's first substantial realist fiction since the 1989 Beijing massacre. With frankness and imagination seldom allowed journalists, novelists have depicted the death of China's rust-belt industries, the gap between rich and poor, "social unrest"—i.e., riots—and the questionable new practices of entrenched communist party rulers.

Corruption and Realism examines this rebirth of the Chinese political novel and its media adaptations, explaining how the works reflect contemporary Chinese life and how they embody Chinese traditions of social criticism, literary realism, and contemplation of taboo subjects. This is the first book to investigate such novels and includes excerpts from personal interviews with China's three most famous anticorruption novelists.

Jeffrey C. Kinkley is Professor of History at St. John's University and the author of The Odyssey of Shen Congwen (Stanford, 1987), and Chinese Justice, the Fiction: Law and Literature in Modern China (Stanford, 2000).

"As a guide to the intricacies of anticorruption fiction and its historical and social significance, Kinkley's extremely well-researched and insightful study promises to be the standard reference work for many years to come."

"Thoroughly researched and superbly written, this is the first study of the genre of anticorruption fiction and its mass media adaptations in late socialist China... Kinkley's analysis, arguments, and interviews are excellent."

"Kinkley's book provides a fascinating expos of corruption in the PRC, and his last two chapters in particular make the book an insightful and important contribution to theoretical studies on Chinese literature, culture, and society." 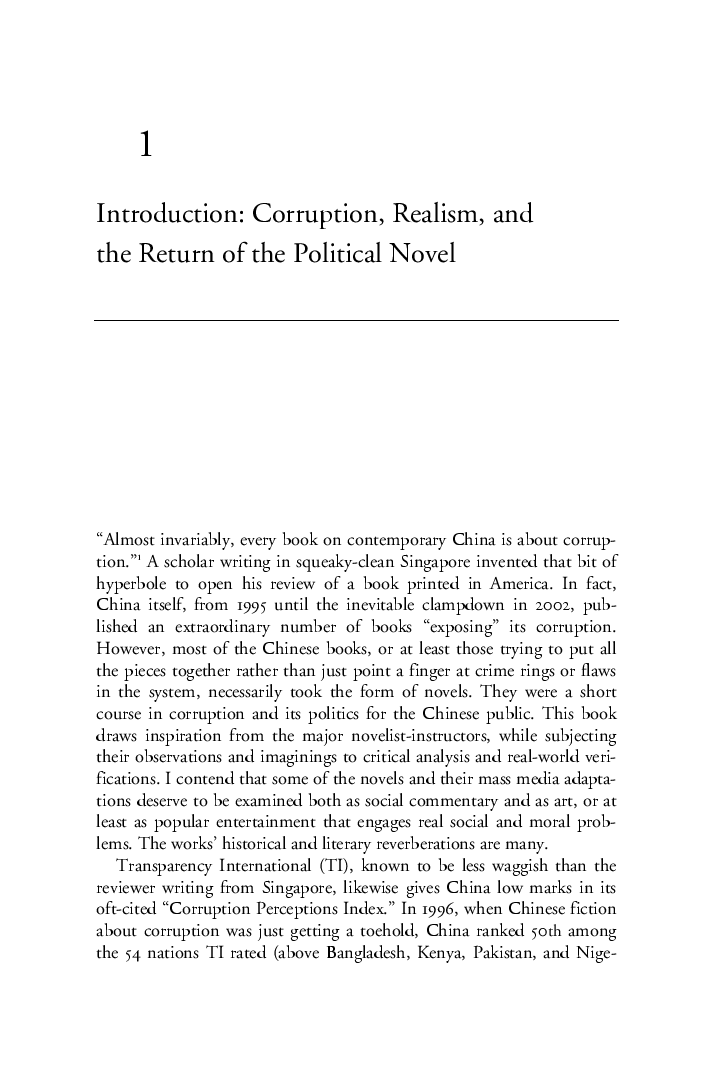 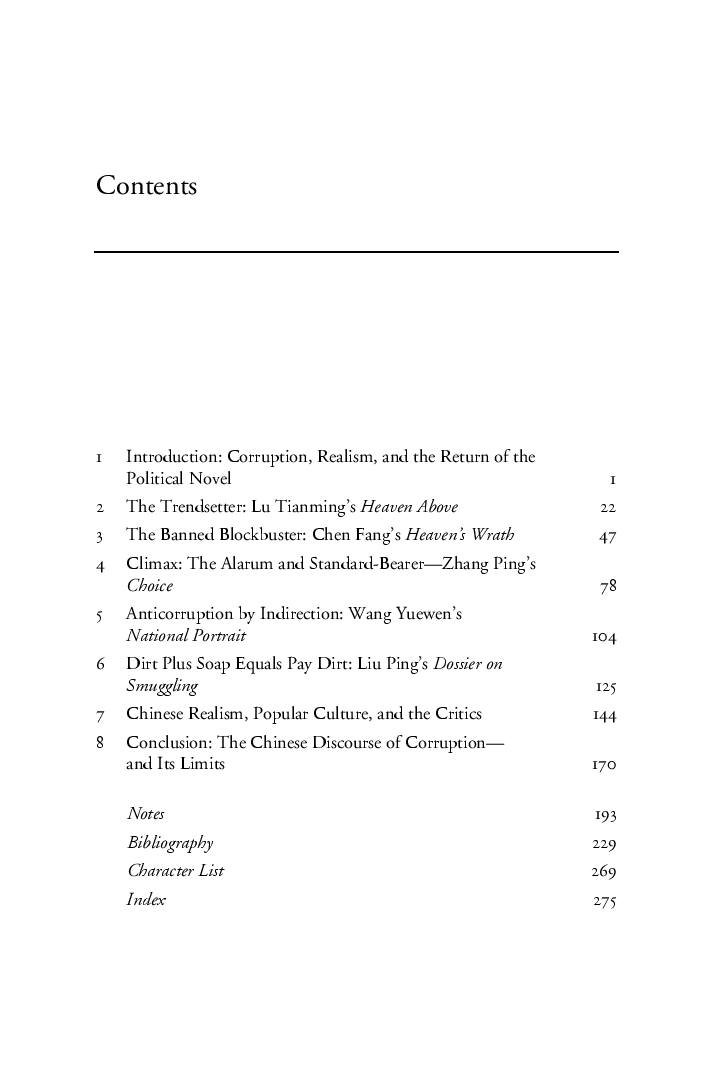