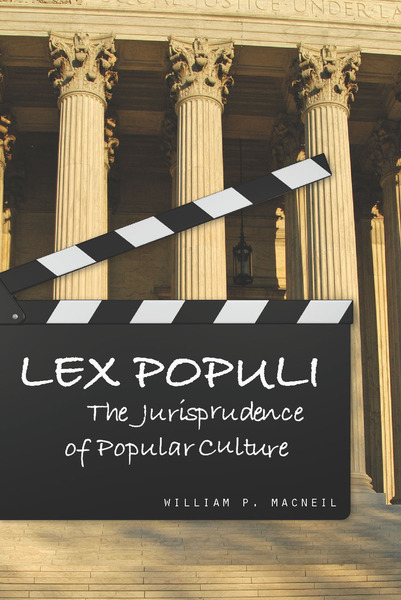 This is a book about jurisprudence—or legal philosophy. The legal philosophical texts under consideration are—to say the least—unorthodox. Tolkien, Buffy the Vampire Slayer, Harry Potter, Legally Blonde, and others are referenced as instances of what the author calls lex populi—"pop law". Here, however, issues of legal philosophy are heavily coded, for few of these pop cultural texts announce themselves as expressly legal. Lex Populi reads these texts "jurisprudentially", with an eye to their hidden legal philosophical meanings, enabling connections such as: Tolkien's Ring as Kelsen's grundnorm; vampire slaying as legal language's semiosis; and Hogwarts as substantively unjust. Lex Populi attempts not only a jurisprudential reading of popular culture, but also a popular rereading of jurisprudence, removing it from the legal experts in order to restore it to the public at large: a lex populi by and for the people.

"With unmatched eloquence, with veritable clusters of mots justes, and with an unerring ear for the symptoms of legal anxiety in popular texts, MacNeil walks the reader through his intricate and intensely intelligent interpretations of a blazing diversity of texts, tragic, comic, epic, satirical, sci-fi and more."

"In obeying the form of critical cultural jurisprudence [Lex Populi] succeeds in invoking the visceral. That is, it resounds in the deep registries that drive the very subject-matter of the book itself, animations of the world that are more real than lived existence. For this stylistic achievement in a field which has become notorious for over-complex, technical performances, MacNeil should be celebrated... MacNeil presents the possibility of revolutionising jurisprudence. He offers a way for jurisprudence to actively engage with the 'masses' and in that engagement finds not only a stronger voice, but facilitates other voices on the 'people's law.'"

"William MacNeil's book is that rarest of rarae aves – a serious legal study that is fun to read. As its name implies, the book examines "'People's law' or, more loosely, 'pop law'" (1) – law as reflected by contemporary popular culture... By recognizing how popular culture reflects legal structures we can learn not only how society implicitly understands, or misunderstands, law but also gives legal theorists a way of re-examining and rethinking jurisprudence."

"What can pop culture contribute to the rights debate? Quite a lot, MacNeil argues. And... his unconventional analysis holds up remarkably well."

"The prose is lively, witty, and challenging, full of puns and cultural references that pay a careful reader... Parallel to how Murphy Brown provoked conversation about single parenting, MacNeil believes we can brng jurisprudential issues into public dialogue with the aid of popular culture."

"MacNeil's work is essential to understanding the relationship between jurisprudence and popular culture. Lex Populi offers a rich web of allusions to cultural theory and legal scholarshi, and witty readings of works of popular culture."

"With wit and charm, William MacNeil has fashioned a compelling, insightful, and subtle account of law's relationship to popular culture. This scholarly and stylish work challenges the conventional separation of law from its popular representations, and traces their complex interconnection as we move from the age of law in the books to the era of law in and as the image."

"Imagine a politically progressive, lawyerly, version of comedian and commentator Dennis Miller, steeped in the hippest post-modern theory, and you get some sense of the hyper-kinetic tone of William P. MacNeil's original, readable, and ebullient volume MacNeil does a fine job of demonstrating the pervasiveness of the law as a recurring (often implicit) theme unfolding across the pop culture landscape." 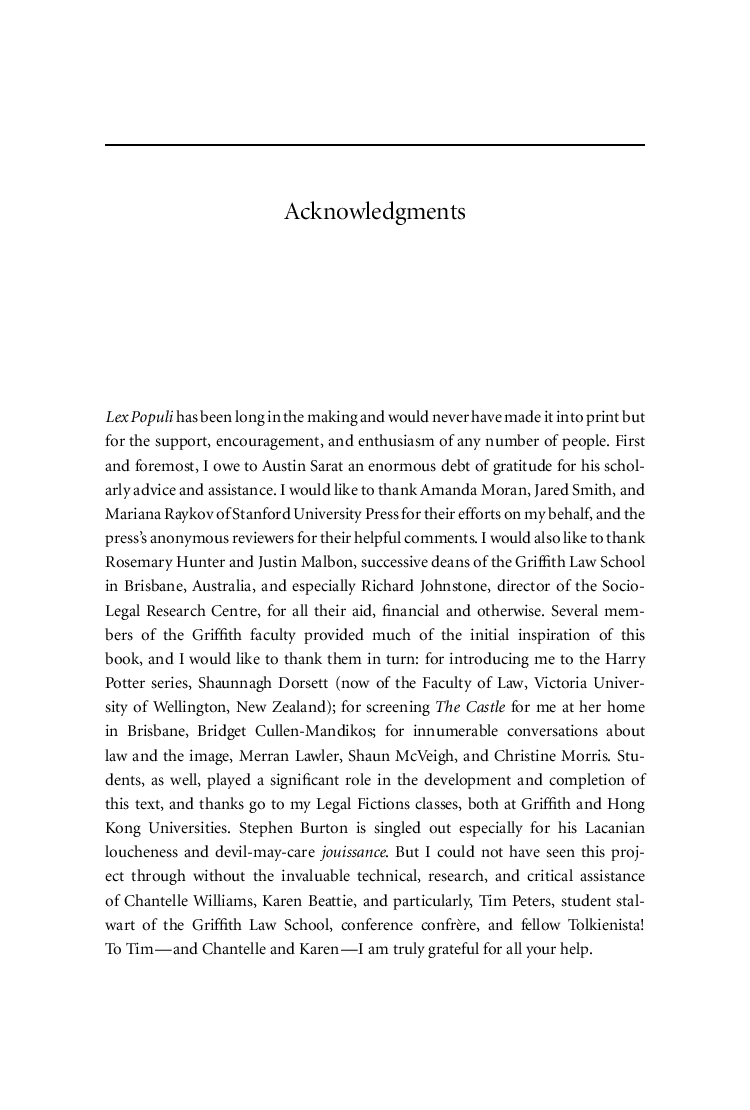 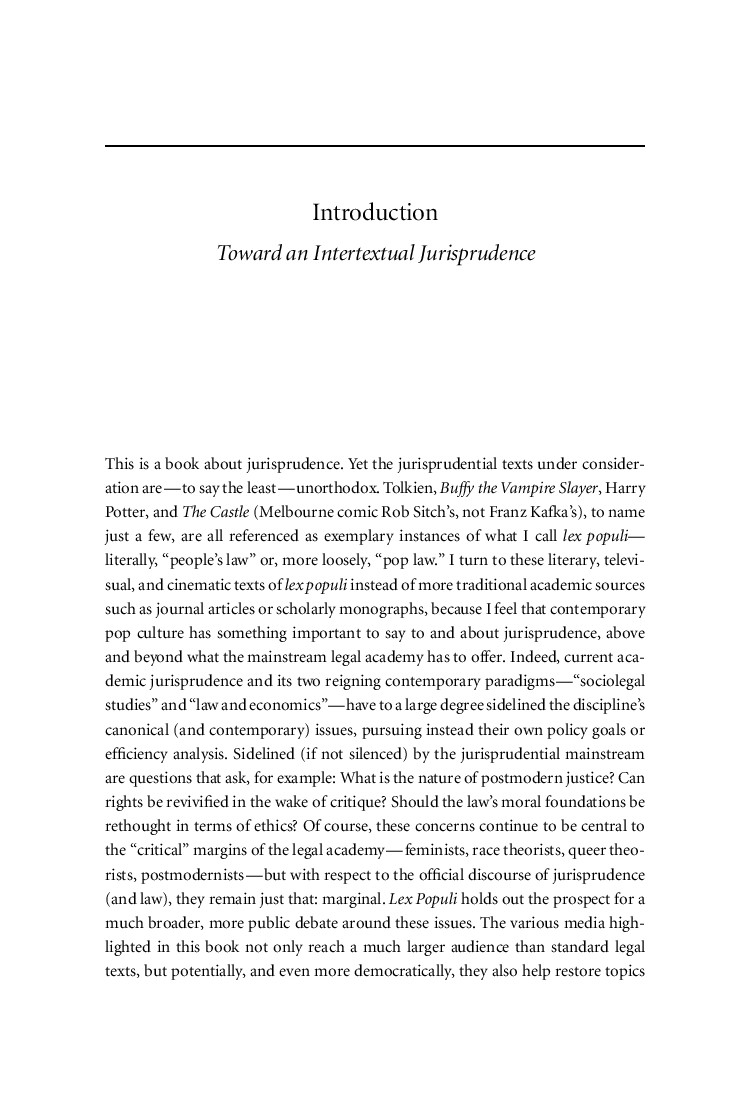 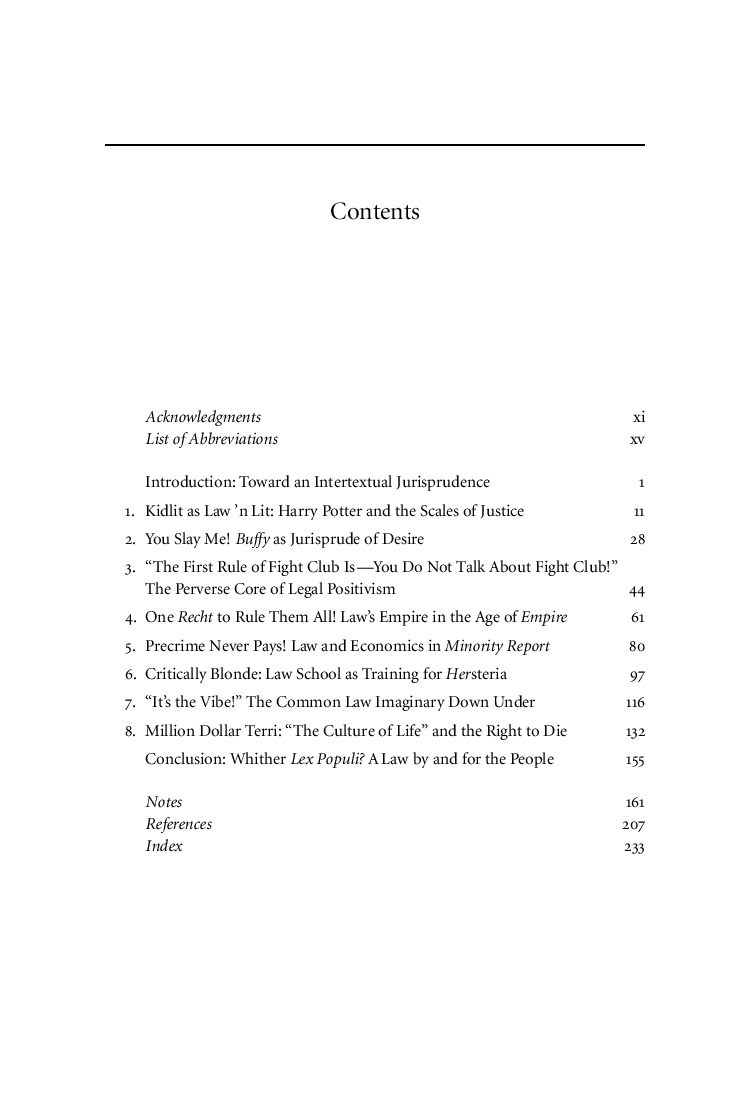