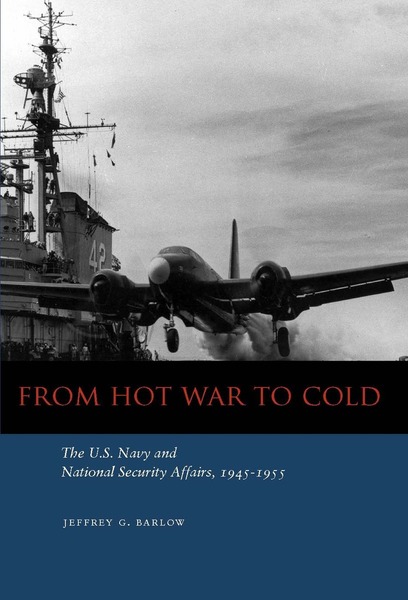 Winner of the 2010 Theodore and Franklin D. Roosevelt Naval History Prize, sponsored by the New York Chapter, Navy League of the United States.

This book discusses the role of the U.S. Navy within the country's national security structure during the first decade of the Cold War from the perspective of the service's senior uniformed officer, the Chief of Naval Operations, and his staff. It examines a variety of important issues of the period, including the Army-Navy fight over unification that led to the creation of the National Security Act of 1947, the early postwar fighting in China between the Nationalists and the Communists, the formation of NATO, the outbreak of the Korean War, the decision of the Eisenhower Administration not to intervene in the Viet Minh troops' siege of the French garrison at Dien Bien Phu, and the initiation of the Eisenhower "New Look" defense policy. The author relies upon information obtained from a wide range of primary sources and personal interviews with important, senior Navy and Army officers. The result is a book that provides the reader with a new way of looking at these pivotal events.

Jeffrey G. Barlow has been a historian in the Contemporary History Branch of the Naval Historical Center since 1987. He is the author of Revolt of the Admirals: The Fight for Naval Aviation, 1945-1950, co-winner of the John Lyman Book Award for Naval History from the North American Society for Oceanic History in 1995.

"Reading this minutely researched and detailed history of ten crucial years in U.S.-Soviet naval relations is like watching a rocket spin out of control—just as rapidly as the overall good relations between [United States and Former Soviet Union] declined after World War II...This monograph fills an important gap in our understanding of these previously murky years. The notes are extensive, almost as long and as interesting as the book itself, and the bibliography is comprehensive."

"From Hot War to Cold justifiably deserves the highest possible recommendation. It is a major addition to the literature on the influence of strategy on institutional change. Barlow's insights into the workings of naval high command in an era of dynamic change are worthy of study by military professionals, academics and student alike."

"There is crackling good history between the covers of Jeffrey Barlow's From Hot War to Cold .... The book does an excellent job of describing the policy discussions among the senior leaders of the Navy and Defense Department .... [It] is a valuable addition to the literature of the immediate post-war era. The author's access to resources and his description of the inner workings of the policy developers should not be missed by those looking for a 36-degree view of early post-war national security policy."

"With strong evidentiary base drawn from extensive primary source material, Barlow's text offers a fascinating and important examination of organization reform within a military organization and the ways in which that reform can influence the direction of national policy. The book should resonate with historians from various fields as well as political scientists interested in the policy-making process. Barlow's arguments also provide grist for re-energizing a debate long overdue in Cold War historiography."

"Barlow has written an important book that fills gaps in early Cold War history... This book is particularly important for the contribution it makes to the subfield of civil-military affairs."

"A thickly researched narrative of the early national security state...the book should prove especially interesting to contemporary historians of strategy."

"This thorough study by one of the top scholars in the field of contemporary naval history presents a revealing analysis of the U.S. Navy's role in the nation's defense during the decade just after World War II, when the leaders of the world's most powerful fleets had to retool from conducting all-out war to the delicate and dangerous business of preventing it."

"This work covers an amazing amount of intellectual ground. . . . From Hot War to Cold takes the reader behind the scenes through a period of turmoil and uncertainty in national security affairs . . . essential reading for anyone who wants to come to grips with the immediate postwar period. . . . What gets lost in the histories of this period [is that] things might not have worked. . . . This book makes that very clear. It brings to life the dilemmas, the frustrations, and the personalities of that postwar Navy."

"One great advantage for the nation having the greatest military power in the history of the world is the resultant enabling of extensive intellectual analysis of that power. This huge and incredibly closely researched book is a very good example of just such analysis . . . [From Hot War to Cold] is a complex yet clear study of a whole new world in the military sense." 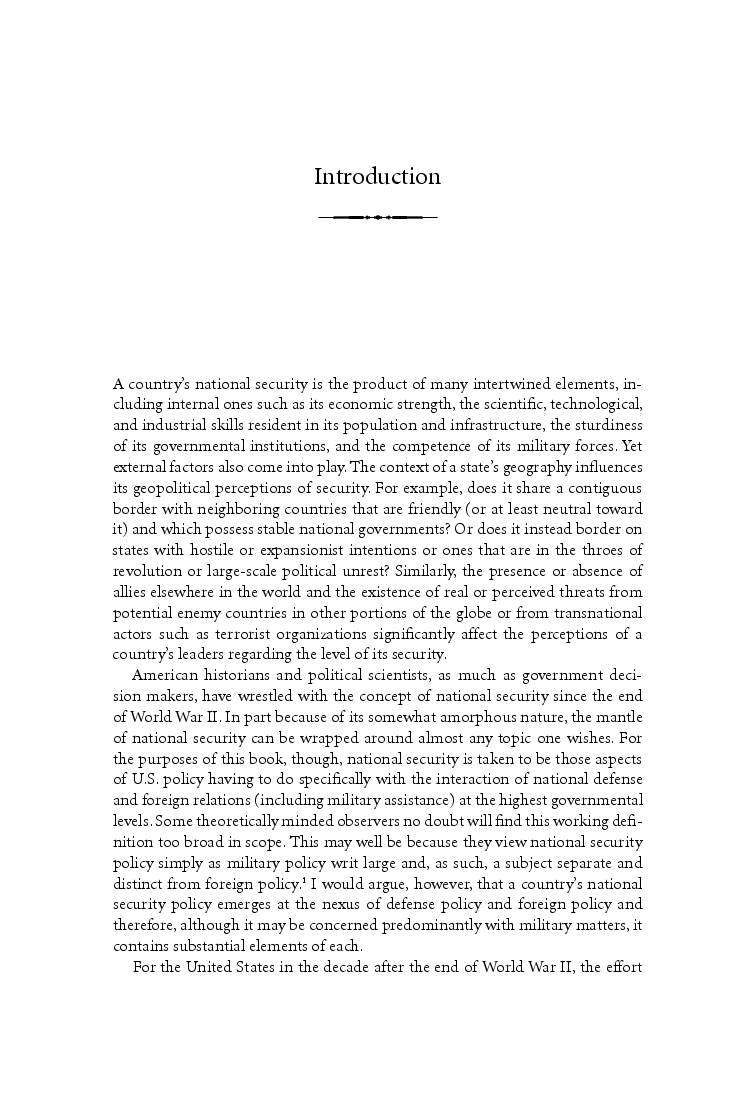 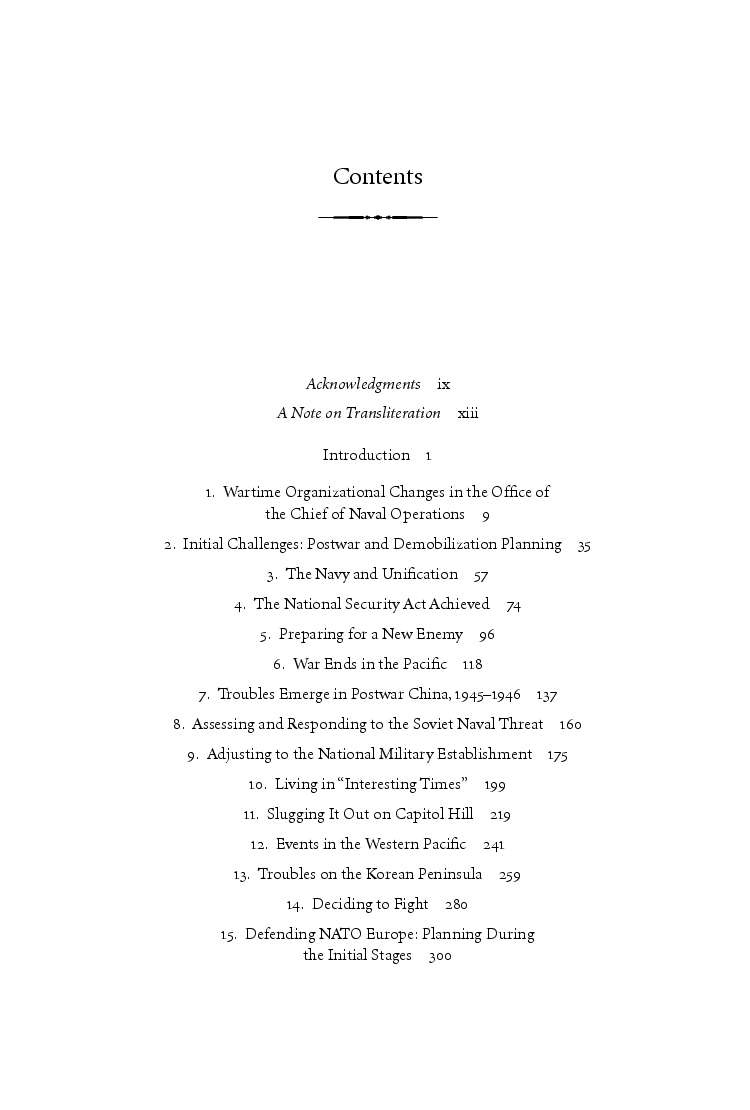