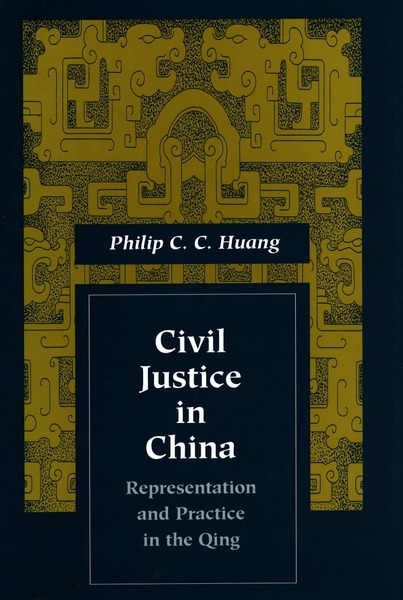 To what extent do newly available case records bear out our conventional assumptions about the Qing legal system? Is it true, for example, that Qing courts rarely handled civil lawsuits—those concerned with disputes over land, debt, marriage, and inheritance—as official Qing representations led us to believe? Is it true that decent people did not use the courts? And is it true that magistrates generally relied more on moral predilections than on codified law in dealing with cases? Based in large part on records of 628 civil dispute cases from three counties from the 1760’s to the 1900’s, this book reexamines those widely accepted Qing representations in the light of actual practice.

The Qing state would have had us believe that civil disputes were so “minor” or “trivial” that they were left largely to local residents themselves to resolve. However, case records show that such disputes actually made up a major part of the caseloads of local courts. The Qing state held that lawsuits were the result of actions of immoral men, but ethnographic information and case records reveal that when community/kin mediation failed, many common peasants resorted to the courts to assert and protect their legitimate claims. The Qing state would have had us believe that local magistrates, when they did deal with civil disputes, did so as mediators rather than judges. Actual records reveal that magistrates almost never engaged in mediation but generally adjudicated according to stipulations in the Qing code.

"This is a book that we have long been waiting for, because it tackles a previously neglected aspect of Chinese law, the civil law."