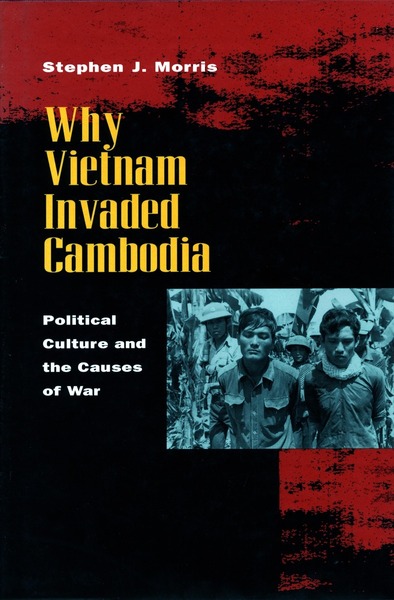 On December 25, 1978, the armed forces of Vietnam launched a full-scale invasion of Cambodia. That event marked a turning point in the first and only extended war fought between two communist regimes. The Vietnamese forced out Pol Pot’s Khmers Rouge regime from its seat of power in Phnom Penh, but the ensuing war was a major source of international tension throughout the last decade of the Cold War.

This book is the first comprehensive, scholarly analysis of the causes of the Vietnamese invasion. At its core are two separate but related histories covering the years 1930 to 1978. The first concerns the continuing difficult relations between the Vietnamese communist party and the Cambodian communist movement. The second records the fluctuating and often conflicted relations between the Vietnamese communist party and the two most powerful communist states, the Soviet Union and China. These two histories are encased by a theoretical introduction and a conclusion that make clear the need for a “political culture” perspective on international relations.

The author argues that key events leading up to the Vietnamese invasion and occupation of Cambodia present a historical puzzle. Many important decisions made by both the Vietnamese and Cambodian leaders are inexplicable in terms of the “rational actor” assumptions that dominate contemporary international relations theory. Instead, the author argues, these decisions can be explained only if we understand the political cultures of the rival states.

This book is the only study of Southeast Asian affairs by a Western scholar who has used the rich archives of the former Communist Party of the Soviet Union. The key sources drawn on constitute confidential records of the former sponsor and ally of Vietnamese communism; they also provide fresh light on Chinese and Soviet foreign policy, as well as recent events in Cambodia. They are supplemented by extensive materials from French and American archives, as well as interviews with some of the main political decisionmakers.

"Morris's study offers a careful and thorough investigation of a complex and important topic. His analysis is valuable in focusing attention on cultural and historical factors that are often ignored in contemporary international relations theory. Written in a clear and accessible style, the book should appeal not only to the Asian specialist, but also to the general reader interested in world affairs."

"Stephen Morris is able to illuminate the mysteries surrounding the origins of the only extended war between communist states by skillfully reconstructing the chiliastic political culture of the decision makers. He is able to ground this analysis on solid documentation, for he is the only Western Southeast Asia specialist to have gained access to the archives of the Soviet Communist Party Central Committee. The result is a study that captures the passions and the mind-set of the true believers of late-stage Leninism as they played out a final drama of communism."

"Morris' vivid analysis . . . delves into the causes of the only extended war between two communist states. As the first Southeast Asian specialist to gain access to the recently opened Moscow files on the Indochinese Communist Party, Morris ably documents the paranoid style of thinking that characterized these Marxist-Leninist leaders."