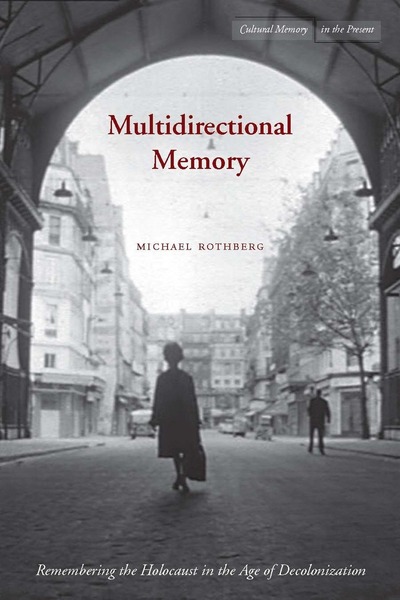 Multidirectional Memory
Remembering the Holocaust in the Age of Decolonization
Michael Rothberg
SERIES: Cultural Memory in the Present

Multidirectional Memory brings together Holocaust studies and postcolonial studies for the first time. Employing a comparative and interdisciplinary approach, the book makes a twofold argument about Holocaust memory in a global age by situating it in the unexpected context of decolonization. On the one hand, it demonstrates how the Holocaust has enabled the articulation of other histories of victimization at the same time that it has been declared "unique" among human-perpetrated horrors. On the other, it uncovers the more surprising and seldom acknowledged fact that public memory of the Holocaust emerged in part thanks to postwar events that seem at first to have little to do with it. In particular, Multidirectional Memory highlights how ongoing processes of decolonization and movements for civil rights in the Caribbean, Africa, Europe, the United States, and elsewhere unexpectedly galvanized memory of the Holocaust.

Michael Rothberg is Professor of English and Director of the Unit for Criticism and Interpretive Theory at the University of Illinois at Urbana-Champaign. He is the author of Traumatic Realism: The Demands of Holocaust Representation (2000).

"Rothberg's study is published in the prestigious 'Cultural Memory in the Present' series, and will undoubtedly have a lasting impact on memory studies and related fields . . . [I]t is to be hoped that Multidirectional Memory will inspire further recuperation of 'forgotten' works, and accompanying reassessments of the political entanglements of writers positions (and positionings)."

"The book fleshes out a powerful genealogy for multidirectional memory as well as a more sustained account of how, more specifically, Holocaust memory and colonial memory come together in France around the legacy of the Algerian War."

"Ground-breaking book . . . Thanks to Rothberg, we are able to engage more thoughtfully with our knotted past — and with our tangled future, too."

"Multidirectional Memory is a pathbreaking work of interdisciplinary scholarship that will reconfigure the fields of Holocaust Studies and post-colonial theory. Rothberg's powerful study of the relations between Holocaust memory and decolonization illuminates the 'multidirectional' orientation of collective memory through half a century of transnational cultural production in Europe, North America, the Caribbean and North Africa (with an emphasis on postwar France)."

"This is the first book to take up the transnational and cross-disciplinary politics of memory in ways adequate to the difficulties and pitfalls of the topic. In its readings of theoretical and literary texts primarily from the 1950s and 1960s, it confronts the Holocaust with decolonization, successfully questioning the 'color line' separating these two discourses today. Deft in argument and subtle in its analyses, Rothberg's book provides an exciting new direction for memory studies in the humanities and in social thought. A compelling read!" 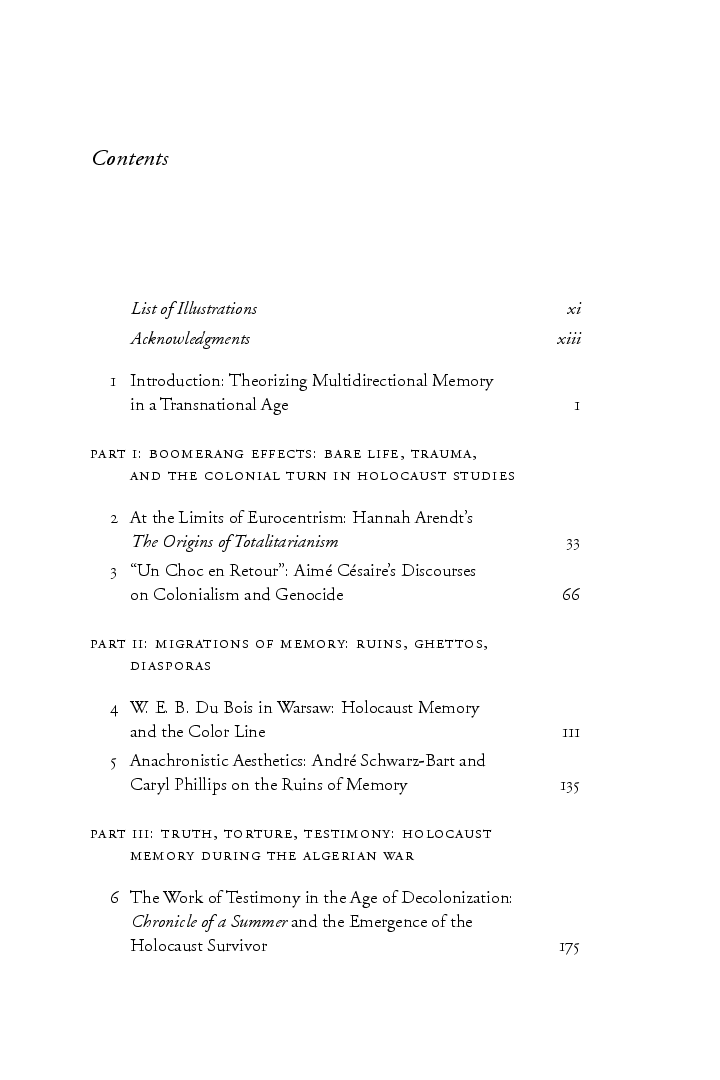