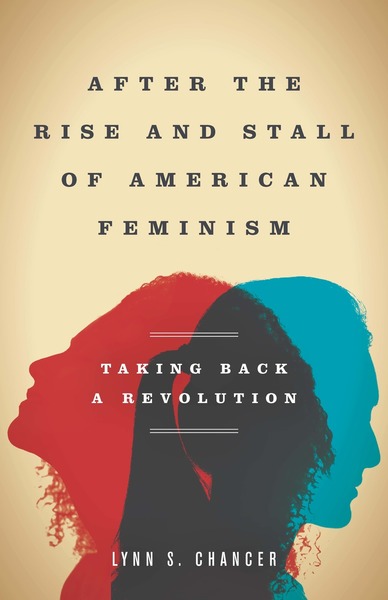 This chapter provides an overview of the book and introduces the argument that commonalities and differences are both needed for a revitalized feminist movement. A review of progress and pitfalls, including ongoing ambivalence about the word feminism, is offered. Four shared causes are suggested: inequalities in the workplace and at schools, personal freedoms and reproductive justice, ending violence against women, and the problem of sexist imagery. These are linked with "partial successes" aimed at reframing these social problems. For instance, achieving gender parities in the political and economic realms, where the United States still lags, will likely require availability of high-quality and affordable daycare for all women. Likewise, stereotypes may not be overcome until women have equal power and control of the culture industries. Finally, the chapter provides brief previews of the volume.

Aiming at identifying a set of reasons for ambivalence still felt by many women (and men) toward the word feminist, this chapter begins by exploring early antifeminist reactions that sought to stigmatize feminists as judgmental and "anti-male." The author argues that judgments also sometimes divided feminists themselves, from the second wave onward. Moreover, problems involving women who pursued careers and those who worked at home may have unwittingly become separated as "mass issues" as the American feminist movement unfolded. Other reasons cited for ambivalence include insufficient attention to race and class differences among women, and the structurally divisive character of gender itself, which often goes unrecognized. The chapter underscores the importance of taking feminist standpoints on social issues rather than judging individuals; such standpoints can inform policy positions so that all women's needs and experiences are constructively encompassed.

In the public realms of politics, the economy, and education, women have made great progress but have not yet achieved equal participation (or gender parity) with men. By some statistical measures, American women's political participation lags behind many other countries and has plateaued or worsened. While women now make approximately eighty cents to the dollar of male earnings, reflecting steady gains, complete parity has not been reached here either. Nor have women become equal participants in all academic disciplines, such as the sciences. This chapter suggests that part of the problem in the United States is that contrary to early feminists' intentions, universally affordable and high-quality daycare has not yet been achieved for women across class, racial/ethnic, and other differences. Without this achievement, the author argues, parity will be hard to attain for all women; she calls for renewed feminist attention to this issue.

Intimate freedoms—involving reproductive rights and justice, as well as LGBTQ sexual freedoms—still elude achievement for all women, even though important battles involving legalization (of abortion rights in 1973, and of gay marriage in 2015) have been won since the second wave. Yet by several political and ideological criteria, pro-choice advocates are on the defensive as abortion's availability has contracted relative to earlier decades. The LGBTQ movement has recently been able to use rights and equality discourses effectively, though ongoing biases and setbacks have recently occurred also. The author argues that both of these feminist issues—reproductive and sexual freedoms—have been affected by challenges to the constitutional separation of church and state. She suggests that the two movements are best fought for separately and together to maximize collective feminist efficacy on these issues of personal choice.

As with overall violence in the United States, violence against women diminished in recent decades. However, gender skewing continues as violence is committed disproportionately by men. Feminist approaches to violence against women have been criticized for inadequate insensitivity to intersectional concerns. This chapter suggests that feminists ask why violence against women continues in the first place; the author argues that changing "ordinary" sexist assumptions is needed, as these may exist on the same continuum as "extraordinary" sexist acts and violence. Kindred with C. J. Pascoe's concept, the idea of "compulsory masculinity" is used to denote pressures on young men to act in sexist and heterosexist ways to avoid stigmatization. The chapter advocates renewed attention to both intersectional differences and common sexist ideas as experienced by young men and women at school, in families, and within other social institutions.

Huge transformations have occurred in how gender is portrayed in popular culture, from television to films, music, advertising, and news. However, when examining not only changes in gendered contents but forms—that is, whether women hold equal power and control in these industries—the situation is less sanguine. Evidence suggests a tremendous disparity between progress in altering gendered cultural contents and progress in diminishing the male-dominated character of the culture industries overall. What the author calls "looksism," or sexist biases on the basis of looks, is also an ongoing problem for women. Awareness is shifting as feminists in Hollywood, partly inspired by the Me Too movement, call for equal power. This chapter documents the need for "taking back" these male-dominated industries, suggesting that without such change, the gender revolution in culture will remain incomplete.

7 Taking Back a Revolution
chapter abstract

The concluding chapter returns to the book's chief arguments for the simultaneous consideration of commonalities and differences, and for bringing together common issues reframed so as to take both dimensions into account. It also returns to the language of the feminist "third wave" to indicate that other renewals of feminism(s) have occurred. But argued here is that the present situation is especially urgent for renewing feminist commitments, some of which may be newly threatened; the author contends that unnecessary divisiveness can be particularly consequential. Most important, the chapter argues for awareness of feminist concerns about taking both emotions and rationality into consideration when approaching the major remaining tasks outlined throughout the volume.