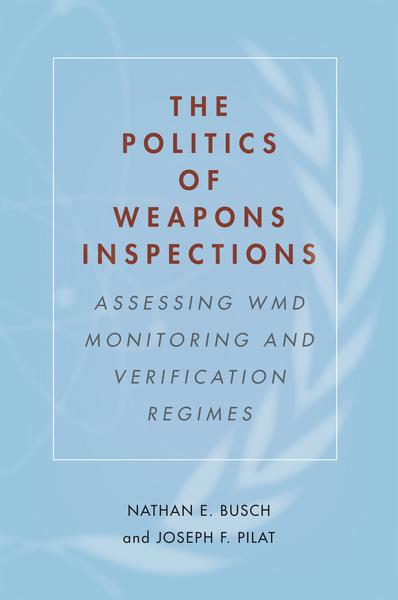 1 What Are Monitoring and Verification Regimes?
chapter abstract

This chapter is the first of our case studies examining a case of verification of WMD roll-back. Indeed, South Africa is the only country ever to give up a functional nuclear weapons arsenal, which it unilaterally renounced in the early 1990s. After dismantling its nuclear program, Pretoria invited inspectors from the IAEA in to verify the destruction of the program. It also ended an active CBW program in 1995, reportedly destroying all deadly agents and dismantling the equipment and facilities. For these reasons, the South African case is often referenced as a potential model for WMD disarmament.

The Iraqi case is among the most important and controversial of the cases considered in this book. It is therefore very important to get the story straight on the monitoring and verification regimes—both prior to and after the 2003 war. Prior to the war, weapons inspectors were allowed back into Iraq between November 2002 and March 2003 to assess the status of Iraq's WMD programs. The conclusions of the inspectors were mixed. Although international inspectors reported no signs of a nuclear-weapon program, they reported numerous unresolved disarmament issues, especially relating to chemical and biological weapons, shortly before the end of their inspections. Most of these questions were never sufficiently resolved before the war.

Libya's 2003 renunciation of WMD and the subsequent verified dismantlement of large parts of its WMD programs have been hailed as one of the greatest breakthroughs in nonproliferation in the last decades. And while there were again very real successes, especially in verifying the destruction of Libya's nuclear-weapon program, there were still some remaining questions at that time. These suspicions proved to be justified, at least to a degree, in October 2011, when Libya's new National Transitional Council announced that they had discovered an undeclared cache of chemical weapons and chemical weapons artillery shells. This discovery was later confirmed as an undeclared stockpile of mustard gas by the OPCW.

In April of 2009, President Obama spoke of "America's commitment to seek the peace and security of a world without nuclear weapons." Although he recognized that this objective would not be reached quickly, the stated goal of complete nuclear disarmament was subsequently underscored by other members of the Obama administration and captured the world's attention, changing the debate over disarmament in important ways.

This chapter draws together the lessons learned from the case studies and apply these lessons to the current difficult cases of North Korea, Iran, Syria, and to a limited extent, Myanmar. These cases will demonstrate the essential roles that monitoring and verification play in international nonproliferation efforts. But they demonstrate the significant challenges as well—especially as they apply to these and other potential challenging cases in the future.

Given the lessons put forward in Chapter 6 and throughout the book, the conclusion discusses what steps might be taken to improve monitoring and verification; examines new technologies and techniques that could be used by the monitoring and verification regimes, as well as the technical challenges that still remain; assesses the impact of latency and ambiguity on the regimes; and provides a forward-looking set of policy recommendations that may help strengthen these regimes in the future.