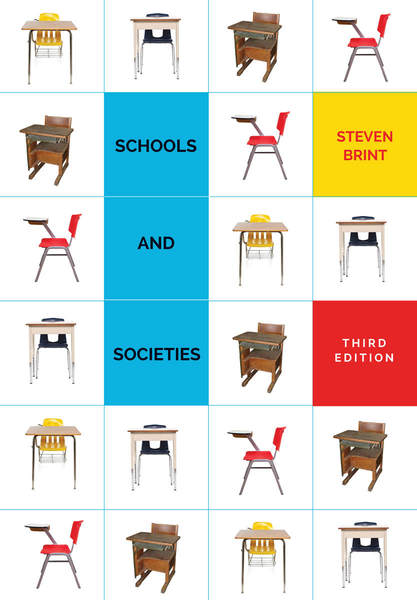 The daily papers in the United States are full of stories about testing for accountability, the common core curriculum, bilingual education, vouchers, values teaching, the virtues and vices of new ways of teaching math and science, teacher qualifications, and a host of other school-related issues. The intensity of the debate about these issues suggests that Americans are preoccupied with their schools. Hovering over these debates is an abiding concern about whether children are learning the things they will need to know to succeed in an information-rich, global economy—and, more to the point, whether one’s own children will get the education they need to succeed in life.

What many people do not appreciate is how often school issues are at the center of public passions in other countries as well. A government in Canada decides to lower teacher qualifications to bring more teachers into the schools and a full-fledged national crisis ensues. A political party in France calls for stricter controls on subsidies to Catholic schools and dormant, but centuries-old divisions in French society spring to life again. A report on bullying in Japanese primary schools becomes a national cause célèbre. Affirmative action in Indian universities sparks periodic outbreaks of violence. Other social institutions may be as important as schools, but often it is schooling that people around the world seem to care about.

The power of schooling to excite public passions is not as surprising as it first seems. Most days of the year, hundreds of millions of parents turn over temporary custody of their children to these public houses of instruction. Parents naturally hope this will be time well spent. In particular, the hopes parents entertain for their children’s later life success are caught up in the power of schools to equip children with skills and attitudes that will help them. Collectively, too, citizens hold high expectations of schooling. Other than the legal system, perhaps no other social institution is as thoroughly implicated in collective concerns about national identity, intergroup relations, and future progress.

This book is based on a new approach to understanding schools as social institutions. It moves away from the tired debates between functionalists and power theorists over whether schools serve the whole of society or primarily the interest of elites. We have today maintained forms of schooling that align with the interests of social classes and status groups in intergenerational reproduction, and schools have been significantly advanced by the nation-building interests of state elites. However, as these forms developed they began to serve purposes that were legitimated, at least, in societal terms. These purposes include transmitting school knowledge, socializing the young, and selecting motivated and able people to move ahead in the educational structure and, ultimately, in the occupational fields connected to it. Instead of continuing debates between one-sided theories of schools as social institutions, what we need is a book that synthesizes the strong points of these theories into an overview that generalizes accurately, where possible, and is at the same time grounded in the relevant empirical studies.

The book is intended to do more than summarize the existing sociological literature on schooling. It brings that literature into a more coherent focus than has been available so far. Indeed, my ambition from the beginning was to write something more than a textbook. Stanford University Press’s interest in publishing this revised and updated third edition suggests that the scholarly community has found something of value in the book, over and above its utility as an aid to classroom instruction. I hope Schools and Societies will continue to be read by scholars and students as a synthetic book about schooling that provides a framework that can be adapted for thinking about social institutions generally. I believe the third edition represents a significant step toward this goal.

The book offers a new way of thinking about some key issues in the sociology of schooling. Here are just a few examples: It classifies the systems of schooling in the industrialized world in a way that reveals how different systems influence the life chances and outlooks of the students who participate in them. It provides the first broadly comparative treatment of schooling in the developing world. It offers a new way of thinking about the divisions of class, race and ethnicity, and gender as they influence educational outcomes. And it provides the first overview of how the school reform measures proposed over the last half century have worked out in practice.

Although Schools and Societies is intended to be something more than a textbook, it is, of course, also a textbook. It has been used in many universities as a primary text in sociology of education and social foundations of education courses. It is designed to be used in upper-division undergraduate classes and introductory graduate-level classes. It can be used also as a supplementary text in courses on social institutions, socialization, and social stratification. Instructors who use the book as a primary text will find that they have ample room to supplement it with readings of their own choosing, either to enrich and highlight materials covered in the book or provide alternative interpretations of school processes and outcomes discussed in the book.

We are living at a time when all state institutions are under unusual stress. Trends toward the privatization of schooling are all around us, including large increases in parental support for tutoring, private elementary and secondary schooling, homeschooling, and a variety of choice programs, including charter and magnet schools. It is a good time to assess how public schooling, one of the most important state institutions, has developed historically and comparatively.

We are also living at a time when the first signs of a global culture are emerging. If we can avoid disastrous global conflicts between ideological or political-economic systems, the next generation of adults will be in closer touch with people in many countries around the world. Studies of schooling have not, by and large, caught up to the emergence of a globalized society. If we choose to broaden our scope of vision, we will see that we have a rich canvas of schooling organizations from which to gain insight about our own and other societies. I have written this book partly in the hope that it will encourage the next generation of educators, social scientists, and engaged citizens to think about schooling from a perspective more appropriate to the world that is emerging. I hope that the book also conveys the intellectual excitement of using the tools of sociology to look at schools from this global comparative perspective.