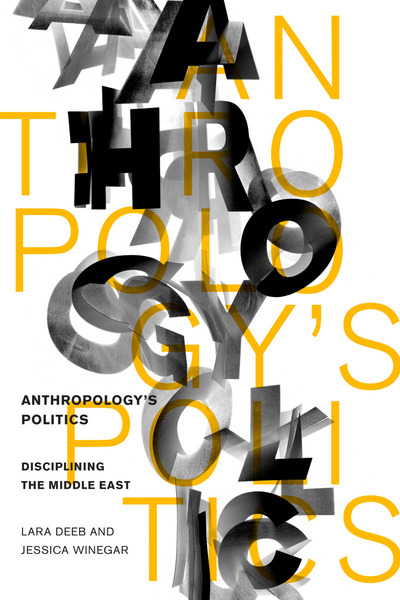 The introduction highlights key tensions at the core of academic practice in the context of rising U.S. imperialism and neoliberalism since World War II. It discusses the national and global forces – political, economic, and social – which have given rise to these tensions, marked by gender, race/ethnicity, class, generation and political viewpoints. Pointing out how the study of the Middle East encapsulates these frictions, it argues that they play a central role in both enabling and inhibiting critical scholarship and teaching.

1 The Politics of Becoming a Scholar
chapter abstract

This chapter examines the multiple reasons that individuals become scholars of both anthropology and the Middle East and North Africa, in relationship to U.S. engagements with the region. Through analysis of life histories, it tracks the gendered, racialized, classed, and generational aspects of this process. Anthropologists choose MENA and the discipline to work out tensions between dominant views of the region (e.g., Orientalist fantasy vs. terrorist hotbed) and personal experiences of privilege or racism, as well as general experiences of being out of place in dominant society.

2 The Politics of Making it Through Graduate School
chapter abstract

This chapter examines the perils of academic professionalization and socialization. Using interview and other data related to graduate school and job market experiences, it shows how Middle East anthropologists have, over time, faced significant sexism, racism, and compulsory Zionism in their graduate training. As a result, many have learned to navigate gendered and racialized disciplinary and academic frameworks for legitimizing (or delegitimizing) scholarly work. Such frameworks are fraught with pressures that lead to the development of strategies of self-preservation, including self-monitoring and self-censorship, that persist across generations and become especially intense during the War on Terror.

This chapter focuses on how Middle East scholars engage different publics, including students and lecture audiences, as well as publishers in both academic and non-academic venues. It argues that they face racialized and gendered challenges and attacks influenced by national and global politics, and that college and university administrators cannot be counted on to support them. Scholars thus find themselves carefully enacting the self-protection practices into which they were socialized as graduate students. It shows how when colleges and universities let external pressures affect the learning process, many faculty become reluctant to share their expertise on the region, yet many also find ways to push against this silencing. U.S. involvement in the region has thus created an opportunity and imperative to share academic knowledge, juxtaposed with the recognition that doing so may come at serious cost to one's professional life.

This chapter examines the institutionalization of Middle East anthropology during the period of the region's move to the center of U.S. foreign interests — from the end of World War II, through Vietnam, up until the War on Terror. It shows how this institutionalization embodied, yet never resolved, tensions at the heart of anthropology regarding the ethics of government and military engagement, relationships with research subjects, and political advocacy. Such tensions transform over time in relationship to increasing bureaucratic proceduralism and shifting demographics of gender and generation, which also impact how and if regional expertise is represented in the larger discipline. It argues that the Middle East was treated as a disciplinary exception, both as an area of research interest and as an exception to anthropology's longstanding commitment to the oppressed and marginalized.

This chapter examines how with the War on Terror, MENA anthropologists' academic institutional commitments face new challenges, from the discipline's expanding relationships with the U.S. state, including in the government, intelligence, and military realms. It argues that MENA anthropologists have continued to be excluded from the discipline's discussions about anthropology's engagements with various military conflicts in the region – from Israel-Palestine to the Iraq War, from whether or not to condemn state violence against civilians to whether or not to participate in clandestine and/or military research. Bureaucratic proceduralism has continued to be a tool of depoliticization in the discipline.

This chapter explores the potential future of academic engagement with the Middle East within anthropology and in higher education more broadly. Focusing on the movement to boycott Israeli academic institutions complicit in the occupation of Palestine, it argues that the tensions surrounding the Middle East, political advocacy, and generation persist in anthropology. Yet it also suggests that a new era of public advocacy may be emerging that links Middle East human rights struggles with those in other regions, including in the U.S.