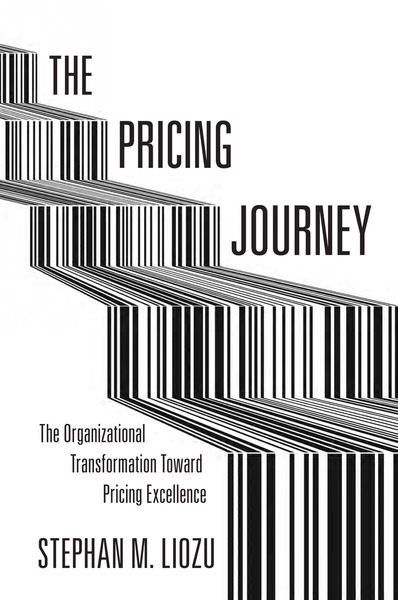 In Economics 101, we learn that prices move quickly in response to supply and demand. Pricing researchers, however, know better. With some exceptions, pricing is almost never that fluid. Most prices tend to be sticky, in ways that often work against the seller (Bergen et al. 2003). More perplexing still, pricing structures can persist in a market for decades even when it is clear that they hurt both buyers and sellers.

Three examples illustrate this fact. The first concerns gasoline prices on European motorways. On-highway gasoline is more expensive than gasoline on smaller roads because petrol companies bid and pay for the right to operate stations on highways. Given their own higher operating costs, these companies sell petrol on highways at a 5 to 8 percent premium. Many customers have become aware of this discrepancy. As a result, some petrol stations have seen their sales volume drop by 80 to 90 percent over the last few years, although traffic volume has risen in many places. Reliably high motorway prices have taught customers to fill the tanks of their fuel-efficient cars before long trips and to avoid on-highway petrol stations. In this situation, the only rational pricing strategy would be to set prices to match off-highway levels and capture profits through the sale of other items (snacks, coffee, etc.). But this is not what we see. Prices stay high, and rather than change their pricing structure and recapture their market share, many service station operators on the highway are considering shutting down. A choice that may have made sense when cars were less efficient and customers didn’t really have a choice but to stop persists even now, although both buyers and sellers are painfully aware of how dysfunctional this is.

This happens in business-to-business pricing too. In online databases, for instance, time-based access pricing, a rather arbitrary choice made in the early days of the 1970s, became the predominant way to price access to online databases and stayed that way for decades (Farjoun 2002). Time-based pricing does not reflect the value that customers derive from access to information and penalizes less technologically savvy customers (who may take more time to find information). Yet pricing based on access time remained the predominant approach to pricing database use long after nearly all participants—publishers, producers, vendors, and customers—had recognized its deficiencies. Only in the 1990s, when upstarts entered the market, did the pricing structure evolve toward approaches that better reflect the value to customers: subscription-based models and flat fees.

Professional services are also often trapped by outmoded pricing modes. Lawyers, consultants, and physicians implicitly know that the primary value of their services resides in the output customers achieve as a result of their intervention (e.g., a victory in court, a performance improvement, or a behavioral change, respectively), yet providers of intellectual services still price their services primarily based on their own time (days/hours), regardless of the value they deliver. Here too, the primary actors probably recognize that time-based billing is dysfunctional (leading randomly to prices that are either too high or too low and almost never aligned with value), yet time-based pricing remains the dominant pricing approach for nearly all providers of intellectual services.

Not so to Stephan Liozu. In this book, Liozu takes a nuanced view and shows that implementation of value-based pricing is an act of organizational transformation that requires new capabilities, new structures, new incentives, and, above all, a deep-seated confidence that the company can adapt to an unfamiliar value system.

Liozu emphasizes the role of change management in achieving better pricing. He finds that the ability of an organization to achieve better prices requires it to internalize new behaviors—including new methods for pricing and selling—and that teaching and enforcing these behaviors depends on the cooperation of midlevel pricing managers, senior executives, and most importantly, an active, engaged chief executive officer (CEO). Pricing, Liozu argues, is fundamentally a strategic tool: Strategic, since pricing is an integral part of firm strategy. Strategic also because pricing meets the definition of competitive advantage, since it is valuable, rare, difficult to imitate, nonsubstitutable, and embedded in the firm’s organization (Barney 1991).

Pricing, Liozu argues, can and should become a strategic activity, because new pricing approaches frequently disrupt industries, usually to the advantage of the initiating company. Consider GE’s “power by the hour” turbine leases, salesforce.com’s software-as-a-service pricing, Zipcar’s by-the-minute pricing of rental cats, or Monsanto’s value-based pricing for genetically modified seeds; they all illustrate how changes in pricing structure can constitute breakthroughs that raise profits and customer satisfaction at the same time. Now, for the first time, Liozu demonstrates that such innovations are not simply a matter of intuition and luck but the result of superior management, discipline, and creativity.

I am confident that The Pricing Journey will be a valuable resource for executives who want to fundamentally reshape pricing structures to their own and, ultimately, to their customers’ advantage.

Farjoun, M. 2002. “The Dialectics of Institutional Development in Emerging and Turbulent Fields: The History of Pricing Conventions in the On-Line Database Industry.” Academy of Management Journal 45 (5): 848–874.