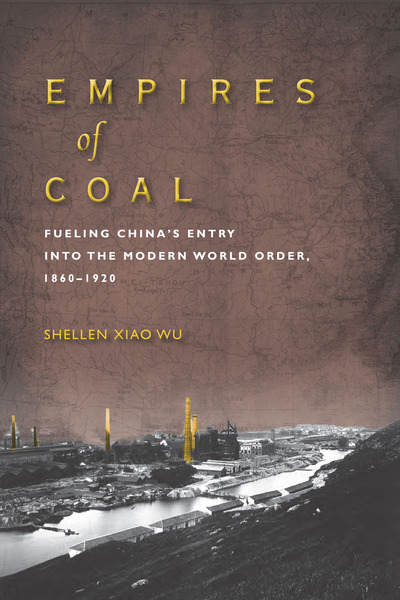 In order to understand how and why a momentous change of the Chinese worldview occurred in the late nineteenth century, chapter 1 begins with a discussion of pre-modern forms of geological knowledge in China

2 Ferdinand von Richthofen and the Geology of Imperialism
chapter abstract

Chapter Two examines Richthofen's contributions to Chinese views of its own mineral resources. Richthofen's career spanned the zenith of European colonial expansion in the nineteenth century, concomitant with the golden age of the railroads and steamers. His academic work on China connected the geography of the eastern seaboard to the Central Asian landmass. Yet his enduring legacy in China remains his observations of Chinese mines and estimates of Chinese mineral potential.

3 Lost and Found in Translation: Geology, Mining, and the Search for Wealth and Power
chapter abstract

Chapter Three discusses missionary translations of geology works in the nineteenth century. In the act of translation, geology became further entangled with the role of science in imperialism and the wealth and power of the West. Nineteenth century missionary translations of science in the treaty ports tell only a small part of the story. Focusing on the deficiencies of these translations would only miss the greater accomplishment of these foreign and Chinese translators of Western science texts as cultural intermediaries. These late nineteenth century translations introduced the field of geology to the Chinese public, but in the tumultuous political and economic environment of the late Qing period it was mining and control over mining rights that added urgency to the adoption of modern geology.

4 Engineers as the Agents of Science and Empire, 1886-1914
chapter abstract

Chapter Four examines the large-scale modern enterprises opened in the interior by the Chinese themselves, including influential government figures such as Li Hongzhang and Zhang Zhidong. This chapter focuses on the people who made possible the expansion of the first modern Chinese industries while also promoting European influence on China's future development—engineers who carried their skills from technical schools and mining academies in Europe to the far reaches of empire. The German engineers who began working for Chinese industries transitioned easily when Germany acquired a leasehold in Shandong province in 1898.

Chapter Five examines the late Qing reform of mining laws and the nation-wide movement to reclaim mining rights. In particular, this chapter uses as a case study the example of two German mining companies in Shandong during the colonial period (1898-1914), and the Chinese response to the foreign scramble for mining concessions. Like the geological surveys taking place across the globe during nineteenth and twentieth centuries, mining regulations became a point of tension between colonizers and the colonized. The Chinese promulgation of mining regulations, based on Japanese and European precedents, demonstrate that by the last years of the Qing dynasty, they had joined the ranks of nations that viewed mineral resources as the key to wealth and power.

6 Geology in the Age of Imperialism
chapter abstract

Chapter Six examines continuities and changes in Chinese views on mining from the imperial period through the Republican era. During the late Qing period, control over natural resources became a symbol of sovereignty against foreign encroachment. The study of geology became a means of resistance against imperialism. In the Chinese discourse the positivist views of Western geology in this period transformed into a matter of anti-imperialist struggle with strong social Darwinian undertones. Republican era geologists actively tried to construct a history of geology motivated by Han nationalism, with the efforts of the late-Qing period largely erased from their revision.

This chapter discusses the implications of the book and its significance for the literature on Chinese industrialization and modern Chinese history.