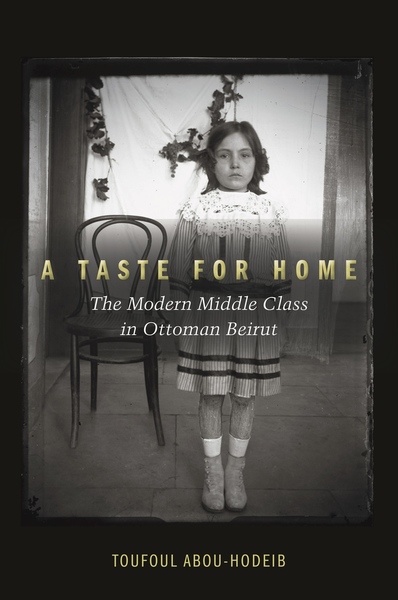 This chapter introduces the concept of domesticity and sets the general historical background for the rest of the book. Looking at how new ideas on Ottoman urban management in Istanbul and foreign investments in infrastructure helped transform Beirut from a sleepy harbor town to major entrepôt, the chapter also foregrounds how the emergence of a middle class shaped life in the city. It explores the various characteristics of the middle class and places it in the context of the nahda, the late-nineteenth, early-twentieth century vibrant intellectual and cultural production in Arabic. It also investigates how the middle class spread across the city's new neighborhoods. Finally, the chapter closes with an overview of the archival sources used in the book.

This chapter investigates the concept of "taste" and how it challenged the divide between public and private, and between the interior and the exterior of a culture. The argument is elaborated on in relation to the global production of taste, the culture of class, the position of the middle class between tradition and modernity, and the quest for authenticity. Engaging postcolonial theory, Pierre Bourdieu's work on class, and recent literature on the middle class as a global phenomenon, the chapter argues that because it was globally produced and brought together local and industrialized labor in the production of domestic commodities, taste complicated attempts at grounding authenticity in the middle-class home. Even as it functioned as a mark of distinction in contemporary debates on class, taste linked the Beiruti middle-class home to its urban, imperial, and global contexts.

3 Home Is Where the Investment Is
chapter abstract

This chapter details how late Ottoman reforms introduced notions of hygiene and aesthetics that reshaped the relationship between the home and its urban context. Drawing on nineteenth-century global modes of knowledge that privileged rectilinear urban forms and sought to manage daily lives in expanding cities, new bodies of Ottoman law introduced an understanding of "public benefit" that tied domestic habits and individual lives to the public collectivity of the city. The implementation of these laws by the municipal council of Beirut also brought capitalist changes into the home, redefining it as property with a value linked to urban beautification projects. But in the absence of a clear understanding of the relationship between public benefit and the home, the latter remained an open site of contestation, amenable to interpretation as a link between private lives and the larger project of modernity.

This chapter looks at how objects that entered the middle-class home in the late nineteenth century generated a new kind of domesticity. Although its relation to public benefit remained ambiguous, the home was indirectly transformed by its changing urban environment and by new spatial ideals. In addition, Beirut's prominence as port city and its growing appetite for the new exposed it to a stream of novel domestic objects that were often adopted, adapted, and embraced. Domestic things, the meanings embedded in them, and their potential to communicate social status contributed to giving the middle class its identity even in the most intimate of spaces. The impact of new imports, such as phonographs, on life at home as well as in marital disputes in the Hanafi court, shows the potential for new objects to redefine social relations, making taste more than just an individual matter.

5 A Matter of Taste
chapter abstract

This chapter explores modern domesticity as articulated by men and women in the pages of the press and on lecture podiums, arguing for a project that carved out an economic and cultural place for an emerging middle class. As industrial production in Europe and the United States brought wider swathes of society in contact with new commodities, articles in the press on the use and disposition of objects at home attempted to differentiate the consumption habits of the middle class from the tasteless riches of the upper classes. While this functioned to culturally distinguish the nascent middle class in its social surroundings, the chapter argues that the debate went beyond, emphasizing the importance of distinguishing this middle class from "ifranji" (Western/European) modes of consumption and attempting to ground modern domesticity in "Oriental" or "Syrian" authenticity.

Looking beyond the anxiety over "ifranji" influence, this chapter examines how popular domestic items were marketed, the outlets where they could be acquired, and the labor, material, and styles that went into their production. The chapter shows how advertisements in the press promoted the latest fashionable imports while trying to advocate local industries. In addition, both modern and old inner city souks were not set apart by imported and traditional goods, respectively, but rather by a growing separation between areas of production and consumption across the city. Finally, the most popular domestic items involved labor, raw material, and stylistic influences that cut across the local, regional, and global levels. This crisscrossing not only rendered the line between ifranji and Oriental difficult to trace in reality, but also complicated the intellectual project of middle-class modernity.

The conclusion looks at how a study of middle-class domesticity in late Ottoman Beirut contributes to demystifying the idea of "Westernization." It suggests that it would be more useful to think of Oriental and ifranji differences as internal opposites that structure each other and as part of the process of realizing the imagined realities of "Europe" and "the Orient." Taste becomes part of this process of differentiation in as much as it is the material manifestation of difference. But even more importantly, taste is itself constitutive of that difference in the way it is constructed globally and in its ability to find its way into the most private of spaces. The chapter concludes by pointing out how a history of modernity understood in these terms can relate to contemporary debates and phenomena.