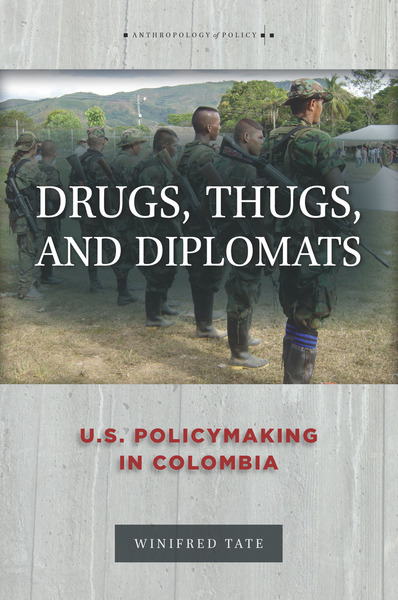 The introduction focuses on defining the central terms and agenda of an anthropology of policy. The chapter argues that policy narratives play a central role in making politics legible, that is, coherent and comprehensible, rather then setting out a concrete plan for future action. This chapter analyzes the process of policy problematization, through which particular social relationships, identities and practices are defined as requiring institutional intervention from the state, and how policy production generates alliances and support among competing bureaucracies through strategic ambiguity providing an appearance of institutional coherence and consensus among disparate programs. Such ambiguity also limits dissent and opposition. This chapter analyzes the challenges of ethnographic research on policy, developing the concept of "embedded ethnography," in which ethnographiers have taken on positions within organizations not as researchers, but in institutional roles gain valuable insight that enrich their later anthropological analysis.

This chapter argues that the zero tolerance paradigm that the U.S. embraced domestically in the 1980s provided the ideological architecture for the subsequent militarization of domestic drug policy abroad. It begins with the history of the contemporary US war on drugs beginning with the Nixon Administration and traces how illegal narcotics emerged as a national security threat, requiring the war-fighting machinery of the U.S. to be applied in concert with foreign militaries throughout the Western Hemisphere and the reorientation of the military industrial bureaucracy. Increased military roles bolstered a range of institutional interests, including the U.S. Southern Command's efforts to increase their mission profile and Democratic concerns about the culture wars. The labeling of Revolutionary Armed Forces of Colombia as a narcoguerrilla meta-threat merged lingering Cold War fears of Communism with the escalating concern of hyper-violent traffickers.

Chapter 2 tells the story of how an increasingly professionalized human rights lobby attempted to transform their documentation of abuses into specific policy reforms. Many of these activist practices originated with the Central America peace movement of the 1980s. One of the most important examples of human rights legislation was the Leahy Law, which prohibited US military counternarcotics assistance to foreign military units facing credible allegations of abuses, and its unintended consequences. First passed in 1997, the law emerged from strategic alliances between elite NGO advocates, grassroots activists and critically located Congressional aides. This chapter explores the resulting transformation of aid delivery: rather than suspend aid when no "clean" units could be found, US officials convinced their Colombian allies to create new units consisting of vetted soldiers. Implementation of the law reveals the knowledge practices inherent in policy implementation, the social production of credibility, and erased some forms of violence.

Chapter 3 examines evolving forms of counterinsurgency violence, arguing that the paramilitaries emerged as state proxies in part because of the human rights legislation that demanded accountability from official actors.

4 Living Under Many Laws
chapter abstract

Chapter 4 describes the strategies employed by Putumayans to shape their political future while living in a region contested by multiple actors claiming the right to govern during the coca boom of the 1990s. For much of the 1980s and 1990s, the FARC were the dominant power in the region, regulating local conflicts, organizing collective work, and imposing their rules. The Catholic Church played a critical role in developing a vision of peasant autonomy and political participation. Despite repeated protests and ongoing lobbying efforts, local farmers were unable to shift the counternarcotics program imposed by the US: aerial spraying of chemical herbicides. Beginning in the late 1990s, United Self Defense Forces paramilitary forces working with military commanders terrorized the region in order to consolidate their social and territorial control. Despite their criminalization and repression, peasant farmers in Putumayo used a range of tactics to encourage state presence in the region.

Chapter 5 employs origin stories produced through oral history interviews with policymakers to reveal agency and institutional action frequently hidden in public policy debates. The officials describe Plan Colombia as emerging from a range of policy priorities: a domestic counternarcotics policy intended to address the Clinton's administration moral crisis, a peace plan to bolster Colombian President Andres Pastrana's negotiations with the FARC, or a counterinsurgency program to defeat the Colombian guerrillas. This strategic ambiguity enabled the range of institutional alliances to coalesce in support of military aid. This chapter explores the functioning of the Plan Colombia Interagency Task Force, charged with creating Plan Colombia. The Colombian diplomatic corps also played an active role in shaping the aid package to fit their political agenda. Yet some lower ranking officials disputed the description of Plan Colombia as a consensus plan; they were the losers in the bureaucratic battles dominated by militarization.

This chapter explores how solidarity emerges from the resonance of a particular issue or population has with a set of could-be advocates and materially made through institutional and organizational channels. Supporters and critics imagined themselves as acting in solidarity with distinct categories of Colombians, from counternarcotics soldiers to human rights activists. For critics of Plan Colombia, this process reactivated activist identities and commitments, legacies of the Central American peace movement. The focus of this chapter is travel as a technique of emotional management, producing new forms of political subjectivities accompanied by expectations of political action. Travel played a central role in the construction of distinct sensory, affective and moral geographies. Congressional delegations focused on militarized technology, weaponry and enacted scenarios of counternarcotics operations. These excursions were channeled into larger political field valorizing militarized expertise delineating the boundaries of appropriate policy debates.

Chapter 7 explores how elected officials and local residents resisted criminalization and exclusion, attempted to engage distant powers and mobilized to shape the policies impacting their region, presenting policy alternatives through scientific efforts to document the harms of fumigation, depoliticized development proposals, and testimony. Although these efforts were invisible or discounted in official Washington policymaking arenas, the policy imaginaries and practices of the targets of intervention are a critical site for apprehending the full process of policymaking. Putumayan activists participated in proxy citizenship, the mechanism through which certain rights of citizenship—the ability to make claims for redress to a state—are conferred on activists through relationships with NGOs. This process generated political opportunities, created new citizenship subjectivities but also involved political costs, as activists were forced to transform their claims and their profound critiques of US policy were remade into support for US programs.

Conclusion: Plan Colombia in the US Policymaking Imagination
chapter abstract

U.S. intervention in Colombia has been widely praised as a success to be replicated in other sites. The conclusion analyze these claims to success and what constitutes "the Colombian miracle," as the title of a 2010 National Standard article put it. The life stories of three residents of Putumayo challenge this triumphal narrative, offering in their place sober assessments of damage in the region, including the failures and catastrophic results of counternarcotics programs, the economic and political legacies of paramilitarism, and the complexities of community security. This chapter argues that an anthropological approach necessarily includes the appraisals of policymakers and analysts and the targets of policy, their efforts to shape these programs and their reflections on the process. Examining democracy promotion and nation-building efforts reveal that such projects are less involved with encouraging widespread involvement in governance than facilitating specific policy outcomes.