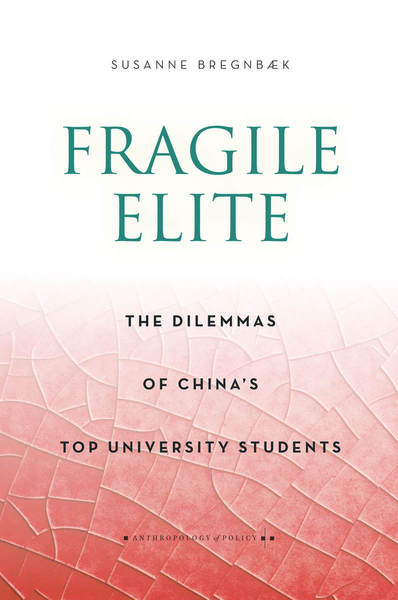 The introduction starts out by recounting the suicide of a student who jumped from the roof of a university building at Beijing University and the surrounding stories. It provides an introduction to the study of moral dilemmas experienced by Chinese youth, the One Child Policy and its related educational ideals (the education for quality reforms) that lead to two contradictory social imperatives, those of 'self-sacrifice' and 'self-realization'. It outlines its theoretical approach inspired by phenomenology and existentialism as well as the focus on the 'oedipal project', describes as a universal need to experience some degree of separation from parents and the parental state. This discussion is connected to a discussion of the role of Confucianism in Chinese society and the impact of the pact between parents and state, whose efforts go hand in hand in seeking to educate (guan) a high quality child.

This chapter provides a detailed ethnographic study of a student, Jing Jing from Qinghua University by discussing her family history going back several generations. Avoiding the standard paradigms that contrast collectivism and individualism, it presents Jing Jing, as an actor working through sets of tensions outside of her control. She struggles simultaneously to be a filial daughter who cares for her mother during a terminal sickness and to live out her own dreams of individual fulfillment and self-realization through higher education. The result is strong guilt and remorse when her aspiration to do both continuously fail. The chapter serves as an argument for the general approach that will be undertaken throughout the book.

This chapter is devoted to inter-generational conflict, with reference to the Oedipal project. The author explains how the oedipal theme differs from Freud's narrow emphasis on lust and competitiveness and it is rephrased as an existential imperative to find a balance between primary bonds and a need to distance oneself from these in order to come into one's own. It is shown how it has been formulated historically in China through the Chinese notion of guan which links the care and control of state and family. After discussing the cultural resonance of the story of Xu Li, famous in China for having killed his mother and integrated into party rhetoric of parental bonds holding back of the nation, it explores six examples of the tension between parents and children who are struggling to establish themselves as autonomous persons.

4 Youth and the Party-State
chapter abstract

This chapter turns to the ways in which students experience control by the state, with a particular focus on the complexities surrounding the Party's attempts to either become or circumvent the parental figures of students. It illustrates how the state is seen to exercise care and control just as parents do. In fact, informants sometimes 'slipped', using the word 'government' when they meant to say 'parents'. The chapter also provides a portrait of a teacher, who ambiguously mediates the relationship between family and state. This particular teacher is portrayed as a role model for several of the students as she defies her role as an agent of the state. Among other things she does this by supporting students' responses to the closing of the intranet at Qinghua University, an incident which evoked memories of the Tiananmen incident.

This chapter is devoted to the relationship of students to the Communist Party. The case studies include students who have tried to imagine the Communist Party as a parent and who have since become disillusioned. Some young people joined the Party, 'marrying the state', while others took a critical stance towards this move and expressed concerns about corruption. It is argued that the Party is failing among students to maintain its earlier role as both a parent figure and an embodiment of the country as a whole. Ethnographically thick descriptions of students from different familial backgrounds show that party-membership is experienced as a strategy for self-cultivation and an attempt to open paths to the future, which leaves students with a rural background particularly disillusioned and angry.

6 The Double-binds of 'Education for Quality'
chapter abstract

This chapter starts off with a personal anecdote from a pre-school that the author's son attended. This vignette serves to frame the argument that creativity is fostered in an authoritarian way. It then places the educational reform in a broader historical perspective by describing the interest in American education, starting with the popularity of the pedagogical philosophy of John Dewey. This is being revived today in the effort to instill creativity and individuality as educational principles, thus countering the extreme focus on rote learning for examinations. It is argued that the state's attempt to form docile citizens who will follow their parents and the state while at the same time becoming innovative individuals who will guide China to world dominance is creating a set of irresolvable tensions among the students, those termed 'self-sacrifice' and 'self-realization'.

7 Success, Well-being and the Question of Suicide
chapter abstract

This chapter takes the reader back to where the book started – that is with the many instances of suicide which are a 'public secret'. It suggests that incidents of suicide are a form of social criticism. This argument involves an analysis of the historical importance of suicide in China, which was traditionally common among in-married wives in a patriarchal household, who have committed suicide as a form of social protest. It reflects on the relationship between this culturally specific notion of suicide and its relationship to a universal imperative to experience oneself as an actor, not merely acted upon. It also investigates the Chinese educational reforms' attempts to reduce the pressure of education and argue that they in practice seem to objectify and quantify a concern for well-being, generating new forms of pressure and competition.

The conclusion sums up the paradox that the lucky few who have made it through the needle's eye and have entered a top university in China face great pressure and often experience education as something which has come at a great cost. It reflects on how this excessive pressure is not likely to diminish in the years to come but rather seems to increase creating ever more complex forms of pressure. As China is looking to the West to find the key to success in the knowledge economy, the West seems to be looking East. Therefore this pressure where means are often so important that the ends are forgotten have wider global implications. The conclusion also summarizes how the existential dilemmas (aporias) experienced by Chinese elite students are a telling window to life in a society undergoing radical change, they also point to aspects of the shared human condition.