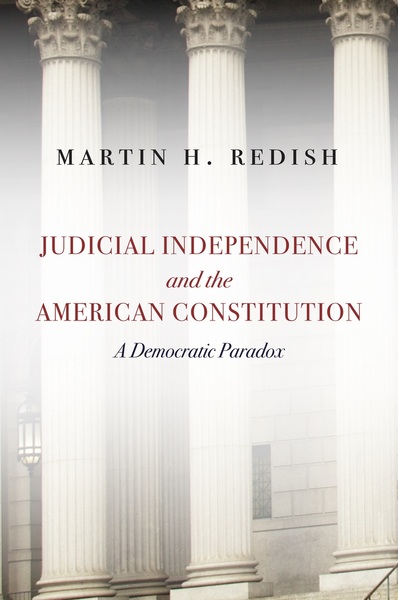 The Introduction to the book explains how the American system of constitutionalism illustrates a form of American exceptionalism. Its version of a written, mandatory countermajoritarian constitution combined with an aggressive form of independent, insulated judicial interpretation and enforcement was unique at the time of its creation and in many ways remains unique today. It also explains the fundamentally paradoxical nature of the system: Only through a form of aggressive judicial policing by prophylactically protected judges may the American form of democracy continue to thrive. Finally, it emphasizes the limitations on this otherwise broad judicial power to enforce, interpret and protect the Constitution: the need for a corresponding degree of judicial humility, recognizing that for the very reason of the judiciary's insulation from the democratic process, it is prohibited from enforcing its value choices on the populace absent a principled grounding in constitutional text and value.

This chapter contrasts the American form of written, mandatory constitutionalism with unwritten systems grounded in legislative supremacy. It explains the careful balances struck by the Constitution's Framers between the needs for popular sovereignty and the avoidance of tyranny. It argues that given the explicitly counter-majoritarian form of constitutionalism adopted by the nation, an independent judiciary insulated from external political and popular controls as the final interpreter and enforcer of the Constitution is essential to the viability of American constitutionalism. The chapter argues that modern scholarly theories of departmentalism, to the extent they challenge or undermine final judicial authority to interpret the Constitution, are seriously misguided and represent a perversion of the constitutional system's delicate balance of power among the branches.

This chapter explores the seeming constitutional contradictions between the provisions guaranteeing federal judicial independence and enabling the political branches to impeach and remove federal judges from office under certain circumstances. The chapter argues that in order to best resolve this apparent contradiction, the impeachment power must be construed narrowly to apply only when the judge has been determined to have committed a criminal offense.

4 State Courts, Due Process, and the Dangers of Popular Constitutionalism
chapter abstract

This chapter argues that the true constitutional problem is not how state judges are selected in the first place, but rather how they are retained. Judges subject to political control—either through the electorate or political office holders—are not appropriately deemed truly "neutral" adjudicators in any case in which the state is a party because they are always subject to the fear—if only subconscious—that an unpopular decision will prevent their retention. For this reason, the chapter argues, state court systems lacking life tenure or at least an extended term without possibility of retention are properly viewed to violate the Fourteenth Amendment's Due Process Clause. To be sure, this is a view radically different from current understanding. It is, however, a view that is logically dictated by the foundations of American constitutionalism and the precepts of judicial independence that grown out of it.

5 Constitutionalism, Democracy, and the Pathology of Legislative Deception
chapter abstract

This chapter argues that paradoxically, the best way to assure accountability of the majoritarian legislative branch of the federal government to the electorate is to require that the insulated judiciary prevent forms of "legislative deception" that Congress may impose. Where Congress enacts a law that explicitly provides "X" but by means of evidentiary or procedural modification effectively transforms that law into "Y" or even "Not X," the judiciary should declare such legislation unconstitutional as a violation of separation of powers. This is because otherwise such a statutory form of shell game would commandeer the federal judiciary as an unwilling partner in a scheme to defraud the public, thereby undermining the foundational element of democratic accountability.

This chapter examines the so-called "Suspension Clause" permitting government to suspend the writ of habeas corpus in the event of rebellion or invasion. Although this power has been used with extreme rarity, it presents a serious threat to constitutional democracy, given that it would more likely be used during times of political stress and public paranoia. This chapter argues that the very notion of this suspension is inconsistent with core notions of due process and fair procedure, since it would effectively allow government to jail its political opponents or racial or religious minorities at will, without any possibility of judicial limitation or review. For that reason, enactment of the Due Process Clause in the Fifth Amendment should be deemed to have rendered the Suspension Clause unconstitutional, as any provision in the body of the Constitution inconsistent with the directive contained in an amendment is automatically superseded by that amendment.

The Conclusion describes the paradoxical precept that underlies the nation's paradoxical form of judicial review: "skeptical optimism." This concept recognizes the simultaneous belief in both the possibilities of human flourishing and in the dangers of the dark side of the human psyche. In a manner characteristic of their pragmatic approach to the art of politics, the Constitution's framers chose to foster the benefits of the former and deter the harms of the latter by means of a delicately structured form of constitutional democracy—one that relies on a powerful judiciary heavily insulated from the pressures of popular or political will.