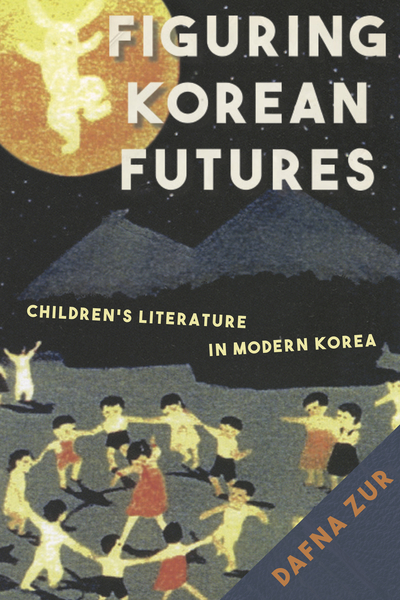 This chapter outlines the social, political, and economic conditions that enabled the emergence of a print culture for young readers in colonial Korea. It historicizes this emergence globally and locally, against the backdrop of discourses on the role of youth that circulated among intellectuals and educators in Korea, Japan, and China. With the emergence of the modern political subject, youth came to embody the nation's aspirations. The figure of the child that emerged a decade later contrasted with this early configuration of the political, non-adult youth. This chapter sets the stage for the book's argument: that children were celebrated as privileged protagonists of the future because, like youth, they were intellectually and emotionally unburdened by the past and ideally situated to build a modern nation. But unlike youth, the new children possessed a child-heart conducive to the colonial project of engineering a new, affectively privileged modern subject.

The child-heart became a salient concept in Japan and Korea in the 1920s, and in Korea it drove fresh and diverse content in conjunction with the emerging visual turn in print media. This chapter explores the mechanisms of the child-heart concept that served as the foundation of children's literature in Korea, and it argues that texts and images in children's magazines worked together to create a natural and affectively privileged child. The concept of the child-heart made the child visible for the first time, and facilitated the building of a cultural literacy of text and image. At the same time, the manner in which it hinged on the relationship between child and nature reflected a certain degree of nostalgic yearning that coded future aspirations at a time when the colonization of Korea made such dreams uncertain at best.

3 Writing the Language of the Child-Heart
chapter abstract

This chapter introduces one of the important contributions of children's writers to Korean literary history, namely, their intervention in the debates on the "gap" between the spoken and written languages and the perceived inability of literature to capture and respond to the spirit of the people. While Kim Tong-in and Yi Kwang-su are largely credited with the development of a modern literary vernacular, this chapter shows that because of the conception of the affective nature of the child-heart as one that deserved both respect and appropriate content, Pang Chŏng-hwan developed techniques that were appropriate for the child-heart through his theories of and application of the craft of writing and folktale adaptations. This piece of linguistic and literary history gives a more comprehensive picture of how child-specific language began to play a role in the development of young readers' print culture.

This chapter explores children's literature during a time when new leftist visions demanded that content and form be merged to better capture the child-heart. Proletarian writers wrote against the bourgeois child-heart and translated it into a moral instinct and outrage over the exploitation of the working class. These writers, many of whom went on to become prominent literary figures in North Korea, sought to create a child-heart that, unlike the angelic disposition of its bourgeois counterpart, was fueled by resentment and choreographed action. Noting the transnational connections with proletarian cultures in Japan, the Soviet Union, and the United States, this chapter examines the content and language of leftist writing and points to emerging developments in children's literature that spilled over into the formative period of 1950s North Korea, which became home to many of the prominent writers and illustrators active in the mid-twenties and thirties.

This chapter examines literature for children at the height of imperialization (kōminka) policies in the late 1930s, the era considered most aggressive in its attempt to efface the Korean language and culture. The cultural production for children from this era is often referenced for its normalization of militarism, which is evident in the celebration of war in the texts and images of children's culture. This chapter argues that this transition to the militarized child was facilitated by organic qualities so celebrated in earlier decades, which made the hearts and bodies of children susceptible to regulation and discipline. Still, humor, irony, and the celebration of the transformative power of the imagination served as a powerful counternarrative to the view of late colonial culture as foreclosed. This was the era that voiced some of colonial Korea's most powerful anticapitalist resistance.

This chapter turns to children's literature at its most significant watershed moment: the liberation of Korea from its thirty-five-year colonization. In the five years between 1945 and the Korean War in 1950, the Korean peninsula experienced the euphoria of liberation, the arrival of the United State Military Government in Korea, the hardening of ideological positions, and the ensuing mass migration up and down the peninsula, as well as the official establishment of two separate and mutually intolerant regimes. Children's literature provides a fascinating counterpoint to these historical shifts by showcasing powerful nationalist tendencies that set the tone for a new beginning, while simultaneously presenting strong undercurrents remaining from the colonial past. Most significantly, this chapter looks at the much-celebrated and freshly liberated child-heart and questions the extent of liberation in light of a newly forged relationship between Korea's new young citizens and their liberated land.

Epilogue: The Turn to Science in Postwar North and South Korea
chapter abstract

The dropping of atomic bombs in Hiroshima and Nagasaki and the devastation of the Korean War signaled the period known globally as the "loss of innocence." The Epilogue hints at some of the implications of the language of science and technology and its penetration into the fiction of the postwar Koreas. The genre of science fiction, found only in children's literary magazines in this period, put into practice a variety of contested theories of education, of the relationship between science and art, and of the role of fiction in both describing and prescribing better futures. Ultimately, the postwar era demonstrates the break between the long-sustained bond between child and nature, and by extension a recalibration of the relationship between humans, culture, and the natural world.

Children's literature in Korea emerged in the early twentieth century under Japanese colonial rule. This literature was marked by what Korean writers called the child-heart, the conflation of nature and culture whose shaping and interaction was deeply implicated in colonial modernity. The Introduction argues that what made children's literature possible was a combination of internal and external factors, including influences from Japan and educational and psychological theories of childrearing from the West. Children's literature was recognized as important enough to warrant censorship, and as key to shaping ideologies of gender and politics. The movement of the child from the periphery of culture to the center and the interest in visual culture combined to produce a range of visually compelling magazines for children. Writers conveyed their visions of the past and present, and their future aspirations at a time of growing uncertainty about the fate of the Korean nation.