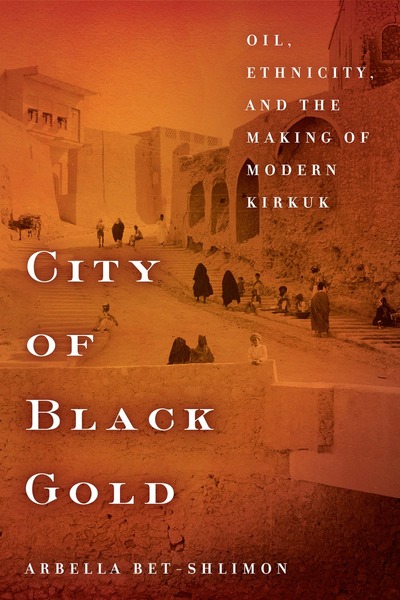 The book's introduction raises the fundamental questions that drive this project: How did the politicization of ethnicity in Kirkuk come about, and what did that process have to do with petroleum, urbanization, colonialism, and Iraqi nation building? It argues that, throughout the twentieth century, oil, urbanization, and colonialism shaped Kirkukis' identity formation and relationship to the state and that the divided city that these forces built gave rise to an ethnic conflict. The introduction explains that oil was the central mediating factor that affected how other forces transformed Kirkuk in the twentieth century. It explains the significance of the book's approach to this subject, including the difficulty of finding a research methodology when studying a city that is hard to access and whose archives have repeatedly been destroyed. This introduction situates the book among relevant scholarly conversations about identity formation, the politics of oil, urban history, and nation building.

1 The Forging of Iraq
chapter abstract

This chapter concerns the beginnings of Kirkuk's process of political reorientation after the British occupation following World War I severed the town's formal ties with Ottoman Istanbul. It argues that opposition to centralization under a Baghdad-based government, which took several different forms, was the single most important political trend in Kirkuk and its rural hinterland from 1918 to the early 1920s and was bolstered by the ambiguity of Kirkuk's status as a part of the disputed Mosul region. Anticolonial forces in Kirkuk nevertheless had to contend with the patronage networks built by the officials of the British Empire among some local notables, and the division between these two groups formed Kirkuk's most potent political fault line at a time when the distinctions among ethnolinguistic groups were not at all clear and had little to do with political interests.

This chapter explores how Mandate rule in Kirkuk produced a variety of relationships between urban notables, rural leaders, corresponding communities, and British and Iraqi local and central government authorities. It finds that these relations were unpredictable as long as Kirkuk was caught in the territorial dispute between the British Empire's Iraq Mandate and the Republic of Turkey. After a treaty cemented the Mosul region's status as part of Iraq in 1926, the Turkish-speaking urban elite of Kirkuk began to exhibit closer and more consistent ties with Baghdad, creating an emergent but still minor ethnic dispute with the Kurdish community, which was more inclined to oppose centralization. The League of Nations mediation process to resolve the "Mosul question" had assumed that "Kurds," "Turks," "Arabs," and "Christians" each had distinct interests as a group, thereby creating a rigid, ethnically based paradigm that structured regional politics moving forward.

This chapter begins by analyzing Kirkuk's growth from a provincial market town into an oil city after the discovery of oil by the Iraq Petroleum Company (IPC) in 1927, along with the changes in geography, society, and politics that this process engendered. For instance, Kirkuk began to see immigration by those seeking work with the oil company at an accelerating rate. According to Iraqi censuses, many of these immigrants were Kurds from rural areas close to Kirkuk. At the same time, however, Baghdad expanded its influence in the city through the growing prevalence of Arabic-language use in schools. The IPC maintained an isolated existence of segregation and, despite its enormous influence in the city, lacked productive relations with its labor force. Kirkuki oil workers were therefore amenable to organizing under the auspices of the ascendant Iraqi Communist Party. Urban political tensions culminated in a 1946 strike during which Kirkuk police killed many oil workers, a watershed moment that stimulated the oil company's active involvement in Kirkuk's evolving urban political arena.

This chapter examines the development and housing projects that resulted directly from the strike and the violent British-ordered police crackdown in 1946, defining the trajectory of Kirkuk's urban politics until the revolution of 1958. It analyzes the ways that these projects became sites of interaction and competition for influence between the company, British authorities, and Kirkuki and Iraqi authorities at several levels, lending increasing significance to the local political domain. The Iraq Petroleum Company, British officials, and Iraqi officials sought to promote the values of capitalism among Kirkuki oil workers to counter the influence of communism. The chapter also examines how the presence of the oil industry and of development projects aimed at achieving "modernity" also defined Kirkuk's civic identity as the Iraqi "city of black gold," which Kirkukis, other Iraqis, and Westerners alike portrayed eagerly in various public discourses.

This chapter returns to the theme of the ethnicization of local politics. It begins with the Iraqi revolution of 1958, which brought the development projects of the previous decade to a halt, led to the decline of British influence, and instantly altered the axes around which local politics in Kirkuk revolved. Unlike in the monarchy era, Kirkukis' political interests aligned with their ethnic groups in the revolutionary era more than with any other single attribute, leading to intercommunal violence. The Turkmen and Kurdish communities sought to assert their control over the city and its institutions literally and symbolically, demonstrating that the Kirkuki civic identity that had emerged in recent years exacerbated fault lines that corresponded with ethnicity. The Kurdish nationalist movement, which was based in areas north and east of Kirkuk, actively and forthrightly claimed Kirkuk's oil and turned the Kirkuk province into a battleground for the first time. Baghdad met these efforts with a level of brutality that, up to that point, had been unprecedented in modern Kirkuk and its hinterland.

This chapter covers the changes that Kirkuk experienced in the era of Ba'th (Baath) Party rule between 1968 and the 1990s. After the nationalization of the oil industry in 1972, the company became yet another manifestation of Baghdad's ever-growing influence in Kirkuk. The Ba'th regime, which was Arab nationalist at its roots, used ethnicity—in Arabic, qawmiyya—as shorthand for loyalty to the state, regarding all non-Arabs as suspect. The Ba'th regime intensified the process of consolidating Arabs' position in Kirkuk through administrative reforms, resettlement, and gerrymandering. Many non-Arabs were forced to formally register as Arabs, an active attempt to combat competing ethnonationalisms as well as cultural pluralism. This logic of Arabization culminated in ethnic cleansing and the Anfal genocide against the Kurds, which was planned from Kirkuk.

The book's conclusion describes events in Kirkuk from the 1990s to the present, including the era of the Iraq War and the 2017 Kurdistan independence referendum. It urges readers to consider what the preceding chapters tell us about Kirkuk, and similar places, today. The conclusion argues that it is time to think beyond ethnopolitics when trying to understand the problems and possibilities of a diverse, disputed city such as Kirkuk. It notes that, for instance, Kirkukis' political stances are not wholly predictable on the basis of ethnicity. It argues that the complex of cultures and institutions that accompany the oil industry are part of Kirkukis' lives and political stances regardless of their individual relationships to the industry. It concludes with a call for a frank reckoning with Kirkuk's history of conflict and the role of oil in that conflict as part of any process of reconciliation.