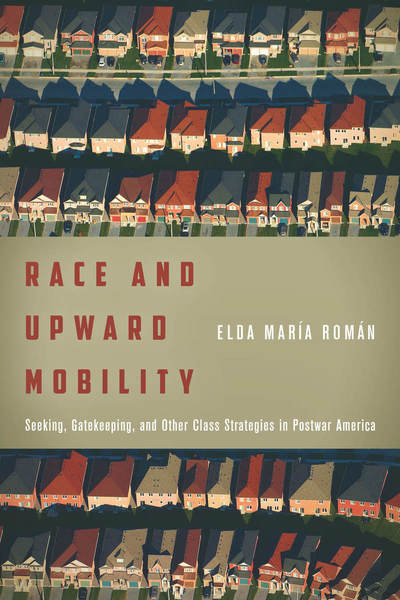 The introduction begins by comparing the representations of two Georges—George Jefferson and George Lopez—on their respective sitcoms, The Jeffersons (CBS, 1975–1985) and the George Lopez show (ABC, 2002–2007) to argue that they exemplify the class conflicts and crises of affiliation that ethnic upward mobility narratives take on. Contextualizing the discursive histories of African Americans and Mexican Americans in relation to other racial-ethnic minorities reveals why it is fruitful to compare these two groups. Next, it segues into discussions of several key concepts in the book, including the genre of the upward mobility narrative, the significance of symbolic wages and identity taxes, the relationship between the identity tax and what sociologists call the "minority culture of mobility," and debates about ethnic literature and identity labels. It concludes with an explanation of the four figural types and a chapter overview.

This chapter analyzes representations of intragroup class differences in novels about home ownership by Black writers. It explores how Black social mobility is portrayed through the pursuit and appraisal of status symbols in Dorothy West's The Living Is Easy (1948), Paule Marshall's Brown Girl, Brownstones (1959), and Gloria Naylor's Linden Hills (1985). These novels create status-seeking characters who desire houses in certain neighborhoods to differentiate themselves from others who are racialized and hope subsequent generations will keep up the monetary, cognitive, and social payments required to maintain or increase their status, which include keeping poorer coethnics at a distance and pursuing only profitable professions. The chapter discusses how these texts develop characters standing in for ascension through prevailing value systems, alongside characters trying to imagine alternatives to intragroup stratification and material accumulation.

Chapter 2 analyzes Sam Greenlee's The Spook Who Sat by the Door (1969), John A. Williams's Sons of Darkness, Sons of Light (1969), and Oscar Zeta Acosta's The Revolt of the Cockroach People (1973) to discuss how they imagined mediating characters willing to give up middle-class jobs and commit what Amílcar Cabral called "class suicide," in order to implement radical politics informed by Black Power and Chicano movement ideology. These texts grapple with the question of what kind of relationship middle-class minority activists could or should have with disenfranchising institutions such as the government or academia. Written in the nationalist era—when liberation movements were closely linked with working-class politics—these novels construct characters wholeheartedly embracing the revolutionary route or wavering between revolution and institutional reform to envision ways to work for cross-class social change.

Taking into account how identity groups are formed and maintained, this chapter focuses on class politics and the use of the figural types in Chicano cultural production. Since upward mobility is associated with assimilation, individualism, and materialism, ideals that Chicano nationalism labored to counter, upward mobility and middle-class status have been largely overlooked or associated with betrayal in Chicano studies even as desires to get out of poverty resonate across texts. After demonstrating how Chicano class politics informs texts even in the postnationalist period through a reading of the film My Family (1995), this chapter analyzes Helena María Viramontes's novel Under the Feet of Jesus (1995) as another text produced in the 1990s that reinforces Chicano working-class collectivity but depicts upward mobility allegorically. By doing so, the novel reconciles Chicano movement concerns in the context of postnationalism, when the Mexican American population was becoming more economically heterogeneous.

This chapter examines mass-market ethnic texts seeking mainstream status and responding to anxieties about people of color in historically exclusionary spheres such as workplaces or network television. Attempting to counter perceptions of Mexican Americans and Blacks as poor and the middle class as white, Richard Rodriguez's Hunger of Memory (1982), the sitcom George Lopez (2002–2007), Michele Serros's Honey Blonde Chica (2006), and the sitcom black-ish (2014–present) centralize ethnic and class conflicts and expand upon what C. Wright Mills termed "status panic." The reach of these cultural productions signals greater acceptance for their representations, but the strategies they employ in speaking to the mainstream and to the history of ethnic politics discloses the conditions upon which that acceptance rests.

This chapter centers on both the profitability of racial discourses and how such discourses can be divisive. Among other texts, it analyzes Percival Everett's novel Erasure (2001) and Lynn Nottage's play Fabulation, or the Re-Education of Undine (2004) as texts that use satire and the figural types to highlight the commercial and ideological power of narratives that conflate race with class and, moreover, that conflate Black poverty with pathology. In dramatizing the deep investments that individuals and industries have in Black pathology narratives, they attempt to expand ideas about ethnic identity to include middle-class experiences, and work to strengthen group cohesiveness by countering class divisions.

This chapter explores the function of narratives depicting characters who switch allegiances to identify with, rather than against coethnics. First it examines immigration films taking up this task to counter anti-immigrant sentiment. The Gatekeeper (2002), Sleep Dealer (2008), and Machete (2010) are films initially thematizing ethnic betrayal through Mexican American Border Patrol agents who have distanced themselves professionally and ideologically from Mexican migrants. By depicting gatekeepers becoming mediators, they imagine scenarios to integrate outsiders into an affective community for political purposes. This chapter concludes by demonstrating that while Mexican American law enforcement figures can get redeemed in Latino films, if we look at correlating Black characters in film—Black police officers depicted as sellouts—the option of redemption gets foreclosed, except in the case of Charles Burnett's The Glass Shield (1994).

The preceding chapters traced the historical circumstances contributing to the development of figures and plotlines used to render and work through class and racial conflicts. They demonstrated how the figural types serve as allegorical pathways of social incorporation, exemplifying ways of dealing with race and class and dramatizing how economic and social group boundaries are formed, reinforced, or permeated. The epilogue recounts the patterns associated with each of the character types and ends with a reading of the film The Pursuit of Happyness (2006) to demonstrate how the film, as a post-race fantasy about class mobility, stands as a countercurrent to all the texts examined throughout the book.