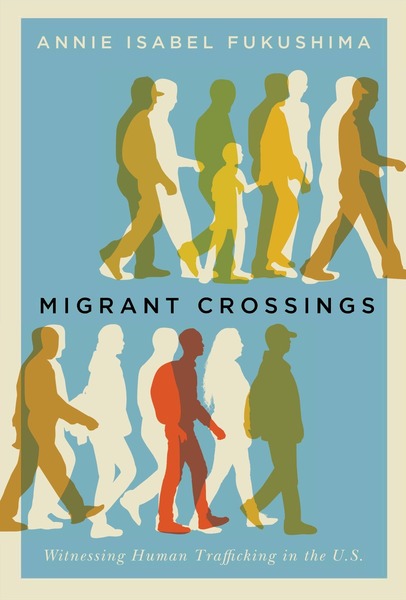 ONE OF THE FIRST CASES I worked on was a sexual slavery case of a domestic migrant worker in California. At the time, I was a volunteer at a nonprofit, volunteering to be a “first responder” to human trafficking. At any hour or moment, if the staff needed support with an emergency case, they would turn to the list of volunteers. Through these endeavors, I met the young Filipina domestic worker who had been abused into sexual servitude. We did not talk about her experience—we talked about home, how she loved to sing with her friends, and other aspects of life. Years later, I would support her as an advocate, watching this person struggle for legibility as a migrant in the United States—someone in need of work and supporting their family. It would not be the last human-trafficking narrative I would witness intimately. Since this first case, I have worked in organizations at all levels on a wide range of cases, from informal economies—sexual economies, domestic work, and criminalized activities—to formalized industries in which survivors labor, such as agriculture and hotel and domestic work, and from cases of children to those involving seniors. Working in coalition with community advocates, attorneys, social workers, educators, government entities, nongovernmental folks, and survivors, I found myself participating in the process of witnessing a range of human trafficking cases. As I witnessed the terms of legibility surrounding citizenship, legality, and victimhood, I found trafficking was defined by multiple, contradictory witnesses: social services professionals, advocacy workers, law enforcement officers, those working in the legal system, and survivors. As a race and gender studies scholar, I myself navigated these contradictions, contradictions that sparked the commitments of this book to appeal to new modalities of witnessing. As an intellectual, educator, and activist, I invite the reader to decide for themselves what kind of witness they want to be.