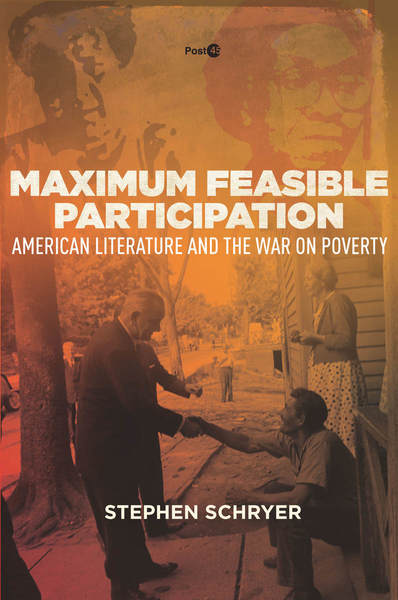 Focusing on the African American poet and playwright Amiri Baraka (LeRoi Jones), the Introduction explores links between 1950s and 1960s process literature and the Community Action Program. Baraka's Black Arts Repertory Theatre and School (BARTS) was funded through the War on Poverty, and his version of process art fulfilled the participatory requirements of the Community Action Program. Both Baraka and many welfare activists allied with the Community Action Program also drew on a binary conception of class culture popularized by the post–World War II counterculture and liberal social science. This binary conception produced two figures that alternately incited and frustrated literary and social work efforts to bridge the gap between the middle class and the poor: the juvenile delinquent and the welfare mother.

This chapter puts the Beat writer Jack Kerouac in conversation with 1950s sociologists and psychologists interested in juvenile delinquency. These social scientists used the delinquent to develop ideas that would culminate in the class culture paradigm of the 1960s. Kerouac's fiction prefigures this paradigm, drawing on the work of Oswald Spengler to distinguish between lower-class minority and middle-class white cultures in the United States. In autobiographical novels like Maggie Cassidy, On the Road, and Dr. Sax, Kerouac imagines the delinquent as a self-divided figure, alienated from the traditional lower class and unable to adapt to the new demands of the rising professional class. His version of process art replicates this division, offering its readers a failed synthesis of middlebrow and avant-garde literature.

This chapter discusses two Black Arts writers who benefited from War on Poverty patronage: Amiri Baraka (LeRoi Jones) and Gwendolyn Brooks. In The System of Dante's Hell and In the Mecca, the two writers developed distinct versions of participatory art. Like much of Baraka's Beat-period work, The System of Dante's Hell thematizes his dissatisfaction with the white counterculture and desire to create art that could connect him with black urban audiences. However, the novel draws on the counterculture's essentialist conception of lower-class culture in ways that would continue to shape Baraka's cultural nationalist output of the late 1960s. In contrast, Brooks's In the Mecca rejects the immersive drama that defines Baraka's Black Arts. Inspired by her Community Action Program–sponsored work with Chicago's Blackstone Rangers, the collection insists that minority poets use the resources of poetic form to achieve a calibrated distance from their lower-class subjects.

This chapter focuses on the Chicano writer and lawyer Oscar Zeta Acosta, whose novels, Autobiography of a Brown Buffalo and Revolt of the Cockroach People, chart his transformation into a radical lawyer for Los Angeles's Brown Power Movement. Acosta began his career with Legal Services, a network of War on Poverty–funded Legal Aid offices. When he turned to movement activism, he radicalized Legal Services' demand that lawyers use their expertise to challenge laws that work against the interest of their lower-class clients. This demand became central to Acosta's version of process art. At the same time, Acosta's work replicates gender biases that ran throughout the War on Poverty. His political turn entailed his rejection of welfare mothers as clients in favor of militant young men—a turn that paralleled the War on Poverty's focus on male delinquents.

This chapter explores literary responses to the late 1960s crisis in participatory professionalism, provoked by the period's race riots and by conservatives' successful appropriation of liberal poverty discourse. The chapter focuses on two texts that address the Community Action Program: Joyce Carol Oates's them and Tom Wolfe's Radical Chic & Mau-Mauing the Flak Catchers. While these texts voice opposing political positions, both distrust white liberal efforts to speak for the ghetto, drawing on traditions of urban writing (naturalism and literary journalism) that resist the process imperative to break down barriers between author, audience, and lower-class subject matter. At the same time, both writers complicate their literary objectivity by incorporating aspects of the very participatory professionalism they seek to delimit.

This chapter explores the persistence of community action as an ideal in post-1960s black feminist fiction, focusing on Alice Walker's Meridian and Toni Cade Bambara's The Salt Eaters. Both writers began their careers as social workers associated with War on Poverty programs; both were also influenced by the Student Nonviolent Coordinating Committee's version of community action, implemented during the 1964 Freedom Summer. In their novels, Walker and Bambara explore the legacy of the civil rights movement, focusing on intraracial class divisions that community action was supposed to suture. In both novels, these divisions turn out to be ineradicable, and their persistence marks the Southern folk aesthetic—the influential version of process art that Walker, Bambara, and other black feminist writers created in the 1970s.

6 Who Belongs in the University?
chapter abstract

This chapter focuses on Philip Roth's late 1990s novel, The Human Stain, arguing that the novel draws an analogy between the university and the Democratic Party. In early War on Poverty–era novels like Portnoy's Complaint, Roth developed an antiprocess conception of art and welfare politics, one that conceived of works of art and public institutions as products that require audiences to appreciate them on their own terms. In The Human Stain, Roth extends this conception to the postmodern academy, using it to criticize multicultural education and affirmative action. Linking the university and New Deal liberal coalition, Roth insists that both are under assault by cultural and ideological outsiders. This analogy leads Roth to embrace a strategic conservatism, one that echoes the politics of Bill Clinton, whose impeachment trial recurs throughout The Human Stain.

The Conclusion sums up ongoing anxieties about lower-class cultural difference in the wake of Donald Trump's electoral victory, exploring the notion that the rural white working class inhabits an alternative culture hostile toward expert knowledge. The Conclusion develops this notion through a reading of Carolyn Chute's The School on Heart's Content Road and Treat Us like Dogs and We Will Become Wolves. In these fictions, Chute imagines an educational co-op that creates working-class experts, bypassing the division between professionals and lower-class clients that marked the Community Action Program. Chute embodies this notion of working-class expertise in the novels' form; she presents them as alternative histories, accessible to nonexpert reading practices. However, the novels replicate the War on Poverty–era notion of class culture, which cannot be eradicated without exterminating the tribal consciousness of working-class Maine.