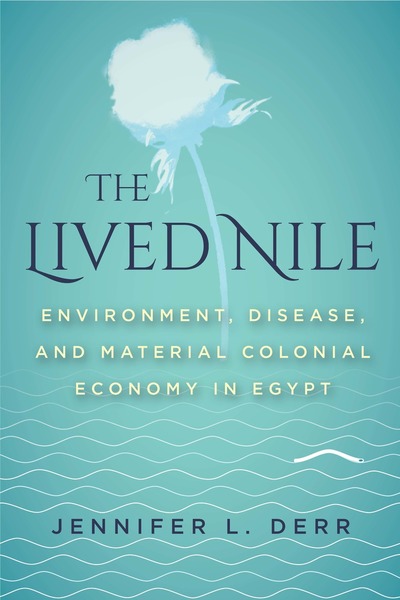 The Introduction describes Egypt's colonial economy and outlines the book's main areas of intervention. The chapter describes the forms of agricultural production on which Egypt's colonial economy rested, arguing that while cotton was Egypt's top-ranking export, perennial irrigation facilitated the production of other crops, specifically sugarcane and maize, that also shaped the conditions of rural life. It then argues that bodily experiences of colonial economy included new encounters with disease, the experience of which was central to the production of the subject. This chapter next makes an argument that the experience of authority in the countryside was geographically variable and constituted by an assemblage of actors. Finally, the Introduction explores the nature of expert knowledge, arguing for the significance of acts of performance in constituting this knowledge.

Chapter 1 revisits the work of irrigation engineering and the construction of the perennial Nile River in the nineteenth century. This chapter chronicles the emergence of the profession and training of state engineers under Egypt's strong governor Mehmed Ali. It then compares these engineers to those in the British Empire. Finally, this chapter examines the processes through which British engineers learned Nile irrigation while working to establish themselves as colonial experts. The historiography of British irrigation engineering in Egypt has begun from the notion that British engineers possessed great skill. This chapter challenges this notion by situating these engineers within the historical context of nineteenth-century Egypt and revisiting their work in Egypt and the performative strategies they deployed to establish their knowledge.

Chapter 2 chronicles the construction of the first modern dam on the Nile River and the two subsequent projects to heighten it. The chapter charts the material processes through which the dam was constructed and threatened as well as the forms of political economic aspiration and erasure that were attached to the structure during its first three decades of existence. It argues that during the British colonial period and that of the interwar-period Egyptian regime, the dam helped to support a particular geography of capital production. It also lent the perennial Nile a degree of permanency and shaped the conditions of possibility for the production of expertise moving forward. This chapter also traces the progressive displacement of historical Nubia during the first three decades of the twentieth century.

3 Beyond the Frontier: Negotiating the Geography of Authority in Egypt's South
chapter abstract

Chapter 3 explores the histories of the areas of central and southern Egypt that were perennially irrigated, focusing on the production of sugarcane in Egypt. Beginning in the 1860s, Khedive Isma

Chapter 4 follows perennial irrigation into the bodies of laborers and cultivators in the countryside. The introduction and extension of perennial irrigation produced new agricultural ecologies and modes of environmental engagement, in particular labor. One effect of these changes was a dramatic uptick in the prevalence of the disease pellagra and infection with the parasites schistosomiasis and hookworm. The majority of the population in perennially irrigated regions suffered from at least one—and often more than one—of these diseases. Just as the bodies of many rural Egyptians were transformed, practitioners in Egypt formed colonial medical projects based on a racialized understanding of bodies afflicted by the diseases of perennial irrigation. They posited disease as normative and formulated ideas of the Egyptian epidemic as ancient, eliding the role of colonial economy in fueling disease.

5 Treated Subjects: Irrigating the Veins of the Nation
chapter abstract

Chapter 5 explores the history of the project to treat hookworm and schistosomiasis in Egypt. In the period preceding World War I, British occupation authorities organized a limited project to survey and treat hookworm. When the program resumed after the war, it was paired with that for schistosomiasis. Under the interwar-period regime, treatment programs expanded throughout the countryside, treating millions of Egyptians for parasitic disease. Efforts to treat disease were complemented by those of the Rockefeller Foundation to stem its spread through sanitation programs. During the decades of the interwar period, the ecologies of disease associated with the perennial Nile helped to shape the terms of medical expertise and gave Egyptian scientists and physicians an entrée into a field of tropical medicine that continued to be dominated by racial hierarchies.

Conclusion: The Afterlives of the Perennial Subject
chapter abstract

The Conclusion summarizes the book's primary contributions to the literature. First, it outlines the role of perennial irrigation and the behaviors associated with it in fueling disease and the significance of symptoms in producing new normative habitations of the body. It then describes the role of treatment programs in producing national (physical) subjects. Second, the Conclusion describes the manner in which authority was constituted as a geographically and temporally variable assemblage in the countryside during Egypt's colonial economy. Finally, it discusses the significance for materiality in the production and practice of expertise and that of acts of performance in establishing expertise as authority among engineers and medical practitioners. The Conclusion then follows the constructions of the perennial subject into the period that followed the end of Egypt's colonial economy, exploring the afterlives of the environment of Egypt's colonial economy.