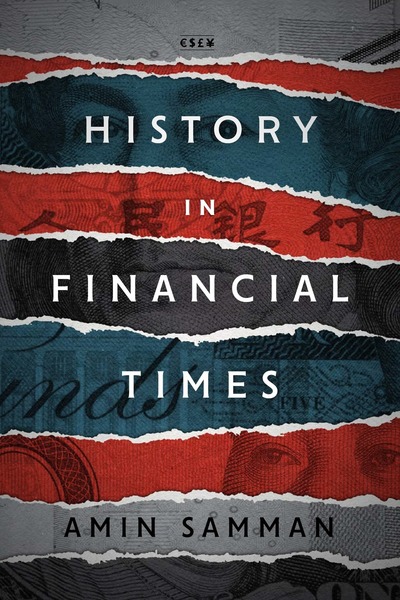 This chapter develops a critique of linear conceptions of time in political economy, showing how these have produced a vision of historical change at odds with the strange realities of financial capitalism. It then advocates a turn from economics and finance theory to the theory and philosophy of history. To support this, the chapter addresses the seam between history and finance in three ways. First, it emphasizes how historical discourse has produced an enduring mode of subjectivity distinct to the one associated with economic discourse. Second, it shows how contemporary narratives of financialization bespeak a desire more properly belonging to the domain of history than either economy or finance. Finally, it introduces the concept of the "strange loop," intended to capture a form of feedback between historical discourse and the process of historical change or development, such that every attempt to imagine history becomes a potential input back into it.

This chapter presents a conceptual history of crisis focused on the concept's productive powers. It begins with Reinhart Koselleck's account of the passage from ancient to modern conceptions of crisis, noting how the latter gave voice to a nascent historical imagination during the seventeenth and eighteenth centuries. Later developments in economic thought are then presented as evidence of a further shift in crisis thinking, whereby crisis events are imagined as episodes produced through subjective interventions and historical myths, projections, or fictions. This is linked to a further transformation in the status of the crisis concept, which now enables the discourse of history to recursively act on and produce the historical present. The story of crisis thus scrambles both the sequence and substance of history's process, setting up a series of strange feedback loops that put the history of crisis thinking at the very heart of contemporary struggles over financial history.

This chapter provides a metahistorical account of the relation between history and the imagination. Building on Michel de Certeau's account of epistemological crisis, it diagnoses a series of crises regarding the status of writing, fiction, narrative, and the category of the event within historical discourse, reading these as a recurring expression of history's dependence on the imagination. It then identifies a reflexive incorporation of the imagination into historical discourse, such that the recursive character of narrative understanding becomes encoded into the flow of history itself. This entanglement of history and narrative is illustrated through a discussion of Paul Ricoeur and Hayden White's late writings on memory and trauma, both of which present the substance of the historical event as a kind of recursive narrativity. In such a situation, there is no easy way of distinguishing between history's imagined and developmental aspects—every present takes shape through visions of the past.

This chapter analyzes the public narration of financial history in terms of crisis, focusing on print journalism and the specter of another Great Depression. It begins by sketching an account of contemporary history premised on the mediations of financial society. It then situates the financial press and the return of the Great Depression within this framework, showing how past events mediate between figural archetypes of history and the kind of present these end up producing. With respect to the subprime crisis, it demonstrates how the Great Depression transmits different visions of history based on the figures of cyclical recurrence, epochal recurrence, and historical reversal. These figures produce a shifting panorama of history on the cusp of repeating itself, along with various attempts to diagnose and treat the present as a recurrent form of crisis. In so doing, they reveal the fundamentally constitutive relation of historical imagination to historical process.

This chapter examines the discursive work of crisis managers in central banks, treasury departments, and international organizations during the subprime crisis. Drawing a parallel with the ritual repetition of events in premodern, antihistorical societies, it shows how past crises can enable new patterns and lessons to be uncovered in economic and political history. This occurs through an archetype of revelation, rather than recurrence, and is grounded in the narrativity of memory and trauma. With the repetition of traumatic episodes in financial history, the archetype of revelation is mobilized in such a way that contemporary efforts at crisis management appear as the filling out or fulfillment of an earlier, originary crisis of global finance. In this case, both the Great Depression and the Asian crisis emerge as signal events of this kind, transforming each into a means of reinventing rather than simply reproducing existing modes of crisis management.

This chapter addresses the relationship between contemporary film and financial history. It begins with a discussion of Marxist approaches to cultural criticism, noting a tendency to appraise works of cinematic fiction on the basis of their ability to represent capital in its totality. It then argues that this overlooks an important, nonrepresentational function for film premised on the performative power of the proper name. This point is developed through an analysis of three works of financial film—Wall Street 2, The Wolf of Wall Street, and Cosmopolis—each of which features an iconic protagonist (Gordon Gekko, Jordan Belfort, Eric Packer). Such films function as a transmission belt for the circulation of proper names through popular culture, and the names themselves travel as diagrams for distinct forms of financial conduct: the Gekko effect, the Belfort effect, the Packer effect. Proper names in this way reveal another set of history's strange loops.

This Afterword revisits the themes of crisis, recurrence, revelation, and the performativity of proper names, highlighting a further set of feedback loops between the historical imagination and contemporary developments in financial capitalism. It then poses these as a challenge to those modes of critique that seek a return to "real" history and the redemptive promise of a future subject to our will. Rather than clinging to such fantasies, it argues, the task of critique should be to engage the historical imagination without taking it at face value—not an end to history but an exit from belief in the cultural edifice of historical society.