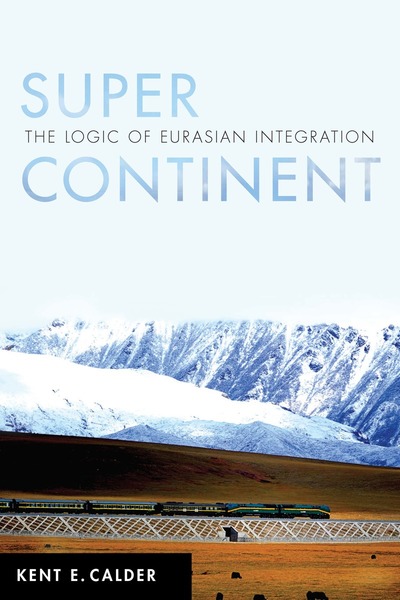 This section chronicles the emergence in North America during the nineteenth and early twentieth centuries of what was to become a Super Continent, in the form of a cohesive contiguous geographic unit destined for global prominence. This introduction emphasizes, in its consideration of how the American Super Continent emerged, the importance of strategic infrastructure. It describes how both the transcontinental railway and the Panama Canal came to be and assesses the geo-economic implications of this strategic infrastructure for America's emerging global role. This introduction to the book prefigures the assessment to follow of China's Belt and Road Initiative, and the BRI's relationship to Chinese grand strategy today.

This chapter summarizes main themes of the book and relates them to broader theory in politics and international political economy. It builds, in particular, on the classic decision-making typology of Theodore Lowi and relates it to the incentive structures being created today by China's Belt and Road Initiative. The central empirical theme presented is that the eastern and western poles of Eurasia—Europe and China—are reconnecting, in part due to BRI, and that such reconnection is leading both to greater prosperity for the continent as a whole and to greater geopolitical influence for nations of the continent collectively in world affairs. This revival of transcontinental connectivity is producing a more plural regional and global leadership structure, which is distributive rather than regulatory in nature, making the systemic transitions relating to China's role (including the BRI) less likely to be conflictual than classic hegemonic transitions or than theorists suggest.

This chapter first recounts the classical history of transcontinental interaction across Eurasia, and then summarizes and compares the diverse visions of modern leaders across the continent, ranging from Erdoğan, Putin, and Moon Jae-in to Xi Jinping regarding how transcontinental connectivity should evolve. It notes that economic and cultural exchange across Eurasia has venerable origins, well over two thousand years ago, but that long-distance contact has until recently been only intermittent and dominated by middlemen. Past Silk Roads have never been a vehicle for Chinese dominance, and Chinese have only rarely ventured far outside China, so Xi Jinping's current BRI formulation is notably ambitious from a historical perspective.

3 Eurasia in the Making
chapter abstract

This chapter deals, from a historical perspective, with the political processes through which the nations of Eurasia have begun to evolve since the late 1970s into an increasingly coherent and interactive entity. The chapter contends that the process of integration has been highly discontinuous, proceeding through a series of four "critical junctures" that have radically transformed the continent and its relations with the broader world. These four critical junctures are China's Four Modernizations (1978), the collapse of the Soviet Union (1991), the global financial crisis following the collapse of Lehman Brothers (2008), and the Ukraine crisis of 2014.

4 The Logic of Integration
chapter abstract

This chapter first reviews enduring geophysical features of Eurasia with special relevance for the continent's geopolitics, and then examines how energy, finance, and transit trade interact with the physical traits to shape Eurasian development. Important geographic realities include China's dominant position on overland routes from East Asia to the west, the complexities of Sino-Russian maritime access, and India's tortuous overland options. Energy forces China into dependence on Russia and the Middle East; finance serves as a critical catalyst for transit trade that advantages China over India, and deepens the ability of China's BRI to serve as a catalyst for the emergence of deeper Sino-European ties, and ultimately of a Super Continent linking Europe and China.

The chapter begins by reviewing China's rising scale within the Eurasian continental economy—from around 22.5 percent of the continental total GDP in PPP terms in 2000 to 43.1 percent in 2015 and prospectively 47.8 percent in 2030. It then considers the changing profile of Chinese growth—from a heavy export orientation before 2008 to growth propelled by domestic infrastructure spending and capital investment in related sectors like steel over the past decade. The chapter shows how this domestic transformation, which prioritizes inland development within China, helps drive BRI across the continent, both by creating vested interests in infrastructure spending and by shifting China's center of geo-economic gravity and developmental priorities westward. Chinese domestic developments since 2008, particularly heavily infrastructure spending in the west and the south, are having broad and originally unintended continental implications.

China's relations with Southeast Asia are venerable, dating back to the Han period. They have long been subject to major social and geopolitical challenges, which this chapter enumerates. Yet important new synergies have emerged since the late 1970s. Southeast Asian leaders, especially Lee Kuan Yew, helped mediate China's global emergence, and Southeast Asia has benefitted economically from China's rise. Technological cooperation is deepening and infrastructural links are improving, both overland and via the Maritime Silk Road, despite continuing frictions in the South China Sea.

China and Russia have longstanding historical rivalries, but their relationship has deepened substantially over the quarter century since the collapse of the Soviet Union. Both economic and political-military ties have deepened, although increasingly on Chinese terms, as China's economy has grown from parity with Russia to roughly six times its size, and as Russia's diplomatic options have narrowed, especially since the 2013–2014 Ukraine crisis. Russia's attraction for China is increasingly as a transit zone en route to Europe. Some Russian leverage does continue, however, in defense technology, Arctic transit, and periodically in sellers' markets for energy.

Europe was fascinated from afar with China for centuries, but direct historical contact was limited to a few adventurers like Marco Polo and missionaries such as the Jesuit Matteo Ricci. Sino-European relations have entered a much more dynamic era, however, since the collapse of the Soviet Union and especially since the 2008 global financial crisis. Central and Eastern Europe, in particular, are rapidly deepening ties with China, with Chinese infrastructural and commercial investment increasing. Both the EU-China Dialogue and the 16+1 Cooperation Framework are institutionalizing transcontinental relationships, which are also being reinforced by transcontinental infrastructure. Deepening EU-China ties, animated further by US protectionism, are assuming global importance.

In general, this book paints a relatively optimistic picture of prospects for deepening Eurasian interdependence, economic growth, and global role. This chapter details the uncertainties surrounding this forecast, as well as some negative implications of rising interdependence that may not be avoidable. Predictable shadows on the future include demographic change, especially aging; negative impacts of globalization, including rising inequality; ethnic conflict, itself flowing in part from interdependence; proliferating weapons of mass destruction; as well as resource shortages and environmental damage resulting from otherwise positive economic growth. Critical uncertainties include the possibility (arguably remote) of intra-Eurasian great-power conflict, the implications for policy of clearly rising populism, and—importantly—the evolution of the US-Eurasian relationship.

The gradual reconnection of Eurasia, the largest continent on earth, naturally raises the prospect of change in the global system of international relations, since American geopolitical dominance has been greatly enhanced by the historic fragmentation of the continent. This chapter reviews the essential features of the existing liberal international system, dominated by the United States, which has persisted in large measure since the end of World War II. It then considers what might potentially replace this US-centric order, giving particular attention to multilateral arrangements giving greater prominence to Eurasia, and to Chinese conceptions of international organization. The chapter suggests that a new paradigm of international relations, which might be characterized as "distributive globalism" and markedly less legalistic than Western liberal internationalism, is emerging with minimal global opposition and will become increasingly prominent in years to come. In conclusion the chapter outlines what such a system might look like.

This concluding chapter begins by reviewing key findings of the volume, stressing the importance of a broad Eurasian analytical lens that captures dynamic changes across the continent, especially Chinese interaction with Central and Eastern Europe. The analysis then moves to policy implications, especially for the United States, of a potential emerging Super Continent in Eurasia. It stresses the strategic importance for the US of the Indian Ocean, and of relations with maritime nations such as Japan, India, and Australia as well as a revived dialogue with Russia, together with increased attention to cooperative energy and food security initiatives that could also help stabilize potentially conflictual relations with a rising China.