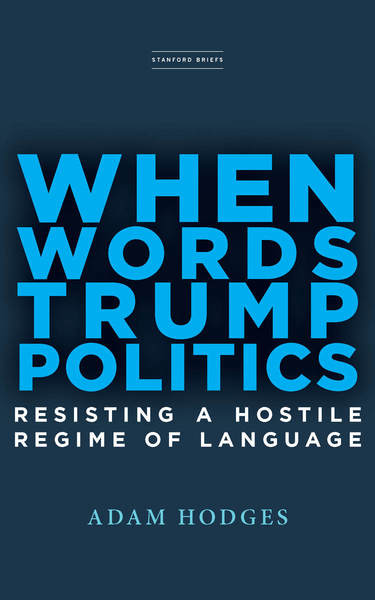 
Today, a nation ringed by walls would only imprison itself.

As often happens with events of historical importance, people are not likely to forget where they were when the 2016 presidential election was called for Donald Trump. Trump was an unlikely candidate who many, including on his own team, didn’t expect to actually win the presidency. According to news reports, he either didn’t have a victory speech prepared or had only a rough draft that his team had to hastily revise once the election results went his way. Meanwhile, collective shock set in among those who had been lulled by polls into believing that Hillary Clinton would become the first woman president.

I voted by absentee ballot since I was teaching overseas at Carnegie Mellon University’s international campus in Doha, Qatar. The campus is home to students of around 40 different nationalities. These students, a majority of them Muslims, gathered on this global campus to pursue an American university education while remaining closer to family and home.

I woke up early Wednesday morning, November 9, 2016, to start my day and head to campus. It was still Tuesday evening, election night, in the United States. I turned on CNN International to get a glimpse of the preliminary results and saw a sea of red on the national electoral map. Within a few hours, media outlets called the election in favor of Donald Trump.

The day after learning the news, our student government held its weekly majlis (Arabic for “assembly”). Usually, it’s a time for students to socialize and hold extracurricular activities related to university life. But this week the majlis featured a panel of professors who attempted to answer student questions about how a man who pledged “a total and complete shutdown of Muslims entering the United States” could actually be elected US president. What would that mean for our Muslim students who planned to spend a semester studying at our home campus in the United States? Would they still be allowed to do so? If so, would they be welcomed or treated in ways suggested by Trump’s anti-Muslim rhetoric?

Trump’s rhetoric on the campaign trail may have targeted an American audience, but it was heard around the world. His antiglobalist stance belies the reality of the interconnected world of the 21st century. No physical border wall can stop the informational, technological, and cultural flows that rapidly circle the globe and bring us all closer together. But metaphorical walls—built on ignorance and divisive rhetoric—can prevent us from recognizing our common humanity and working together to respond effectively to the global challenges we face.

Trump’s election would not bode well for the future if the worst of his campaign rhetoric was converted into policy. But on the positive side, many thought, partisan candidates who assume the presidency often shift toward a more united stance as they attempt to bring people together and govern pragmatically. The gravitas of the office eventually takes hold and shapes them into better leaders by virtue of necessity. Such hope proved fleeting in this case. Any hope that Trump’s rhetorical threats would subside once he took office was dispelled a week after his inauguration when he instituted his “Muslim ban” as an executive order. That would prove to be the beginning of a long series of policies built on the divisive rhetoric of the campaign trail. And the tweets kept coming.

Trump’s penchant for showmanship and his incessant use of Twitter provided a never-ending stream of material to write about. Inevitably, Trump would say—or tweet—something that formed the seed for another essay found in this book. These essays are an attempt to better understand the communicative dimensions of Trumpian politics, a type of politics that goes beyond Trump to encompass a reactionary tide of right-wing populisms that has swept around the world from Hungary to Brazil. My aim is to analyze these politics, from a discourse-centered perspective, without inadvertently feeding them and with implications for how to counter the deceptive appeal of the Trump-style rhetor. This book is for those interested in political discourse. Although I apply scholarly ideas in the analyses, no prior specialized knowledge is needed. The book is written for a wide audience—for the general public as well as scholars and students—to offer insights into how Americans, particularly journalists and politicians, can successfully respond to the spell of demagoguery.

Each section in this book includes a set of essays that share a common thematic focus. How do we effectively respond to a cyberbully in the Oval Office? Answer: we untangle his tweets from newsworthy messages and adopt strategies for countering bullying behavior (section 1). How do we make sense of populist movements in a post-truth era? We recognize what makes Trump’s brand of populism a form of demagoguery and call out the factually challenged language that underpins it (section 2). How do we explain the spectacle of Trumpian politics? We distinguish between the entertainment value and truth value of political stagecraft and identify the performative core of Trump’s message (section 3). How do we hold politicians like Trump accountable for detestable statements and actions? We decode the linguistic moves they use to claim plausible deniability and we reject the specious claims they use to shirk responsibility (section 4). How do we unwittingly avoid spreading “fake news,” conspiracy theories, and propaganda? We understand how misinformation propagates on social media and correct the record without inadvertently strengthening false claims (sections 5 and 6). How do we resist Trumpism’s Islamophobia and racism? We acknowledge how Trumpian rhetoric demonizes an entire religion and minimizes the existence of racism (sections 7 and 8). How do we resist Trump’s divisive politics? We rethink the nature and importance of argumentation in politics and consider some resistance tactics from the #MeToo and silent protest movements (section 9). How do we prevent the Trumpification of the judiciary? We understand how language ideologies help rationalize conservative judicial philosophies and we recognize how Trump’s virulent strain of polemics and belligerent masculinity corrodes US institutions like the Supreme Court (section 10). And finally, how do we move beyond Trump? We realize that communicating with him is like communicating with a troll and identify what it will take to successfully run against him (section 11).

Democratic theorists and civic-minded citizens have long emphasized the need for an informed electorate. But being informed on political issues also demands a keen awareness of the way language is used to convey, discuss, debate, and contest those issues. A critical awareness of political discourse can disarm the spurious appeal of the populist demagogue or inspire appropriate responses that seek to unify rather than divide, uplift rather than tear down. This book is an effort to promote intelligent debate on these issues and move our national conversation beyond the politics of division and hate that has marked this time. I encourage readers to apply the ideas and analytic tools they find here to future debates and political campaigns, and help usher in a new era of politics focused on bringing people together to build a better world.