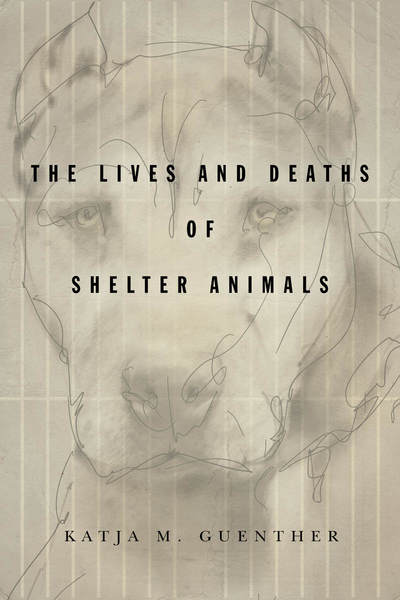 Monster, a muscular gray pit bull, spent the final days of his life at a high-intake animal shelter in southern California, the Pacific Animal Welfare Center (PAW). Monster's fate is the outcome of multiple social processes, including the precarious lives of low-income people in the United States, breed discrimination grounded in racism, the commodification of companion animals, and the human conviction that humans may kill animals as we see fit. This introductory chapter situates the book within the practice of feminist and critical animal studies, the history of animal sheltering in the United States, and contemporary shifts in the animal-sheltering industry, especially the move toward no-kill sheltering. The chapter concludes with a short preview of the chapters that lie ahead.

This chapter brings readers behind the scenes at PAW to examine how PAW is a hybrid institution that operates as an arm of the welfare state, the carceral state, and the anthroparchal state. PAW blurs the boundaries between providing needed help to stray and unwanted animals (welfare), policing animals and relationships between animals and low-income people of color (carceral), and controlling and killing animals in the name of human needs (anthroparchal). While typically examined as separate systems of state power, welfare, carceral, and anthroparchal states operate together in state settings like PAW to both legitimate and disguise each other. Understanding PAW—and animal shelters more generally—as hybrid institutions is important because doing so reveals the range of their work, the scope of their power, and the conflicts that exist within these institutions from the outset.

3 The Myth of the Irresponsible Owner
chapter abstract

Shelter workers, volunteers, and rescuers place responsibility for the large number of companion animals who enter PAW at the feet of one group of people: irresponsible owners. The discourse of irresponsible owners holds that animals come into the shelter because of individual-level human behaviors. Yet the guardians whose dogs end up at PAW are disproportionately lower-income people of color who are subject to population-level conditions of control and power that make them especially vulnerable to losing their animals to the shelter system. The discourse of irresponsible ownership has obscured the structural conditions that facilitate the entry of so many animals from low-income communities into animal shelters, contributes to misguided interventions, and deflects responsibility for what happens to shelter animals away from the institution and the society and back onto the former guardians of the animal.

Because of their different views of shelter killing, animal shelter staff and volunteers routinely come into conflict. Volunteers at PAW—who are almost all women, mostly from middle- and upper-class communities—use their social capital from outside the shelter to challenge and resist the authority of staff within the shelter. In so doing, they reinforce existing social hierarchies of class, race, and gender, while simultaneously challenging PAW's institutional discourse of adoptability, which deems the lives of sick or "stressed" animals to be not worth saving. They thus reject PAW's commitment to upholding anthroparchy vis-à-vis companion animals even as they uphold human hierarchies.

This chapter centers on grief as a form of resistance. Shelter volunteers employ rituals of mourning to mark the deaths of impounded animals as losses. In so doing, they restore the dead animals' social intelligibility and ultimately transform animals who are otherwise unseen, unrecognized, and unappreciated into animals who have social value. Mourning allows volunteers to draw attention to the problematic practice of shelter killing by making it visible and creating a space for discourse around it. For them, honoring the life of the animal who has died means trying to prevent another animal from being killed at a shelter: each death should be a lesson, a reminder of the need for change, and a push for action against human violence against animals.

Pit bulls are the most likely type of dog to come into a shelter and the most likely to die in one. This chapter examines the unique predicament of pit bulls within the context of American conflicts around race, gender, class, and animality. Pit bulls are subject to breed-specific policies and practices in the shelter. Pit bull rescuers—mostly affluent white women— attempt to remake pit bulls so that they shed their identities as companions to Black and poor Latinx men and instead become suitable companions for white, feminized middle-class homes. Disassociation from the dangerousness of Black masculinity and reassociation with white femininity requires that the dog follow a code of behavior, be presented in a particular way, and be deeply immersed in the animal practices of white middle-class people. Rescuers help individual dogs while leaving intact the structures that lead the dogs into the shelter in such high numbers.

Drawing parallels to the resistance efforts of other groups that are structurally disadvantaged, I examine impounded animals' resistance to shelter rule. While caging may serve to create an illusion of control and of separation between human and nonhuman animals in the shelter, animals in fact can and do act with agency and engage in resistance. Animals reject efforts at controlling their bodies, use of space, and interactions with staff and other humans. The shelter in turn attempts to control and contain animal resistance through confinement, punishment, and pathologizing, especially through the diagnoses of aggression or of zoochosis (aka "kennel stress").

The shelter's control of time is one key instrument of its power over humans and animals. The shelter's near-exclusive control over how time is spent and who is served at what time reduces the agency of clients, volunteers, and impounded animals. Volunteers, animals, and staff in turn negotiate and resist the shelter's use of time as a mechanism of control. Control over time was one form of domination that neither human nor animal resistance could wrest from the shelter during my fieldwork. The analysis reveals the centrality of time for organizing all activity at PAW, as well as the ways in which powerful actors can manipulate understandings of time to promote acquiescence among those subjected to a particular time line.

The proposed "humane communities" approach to animal sheltering radically rethinks how shelters interact with animal and human communities. Drawing on a utopian vision of what a future for companion animals might look like, the humane communities approach works to eliminate homelessness among companion animals and to support strong relationships between humans and companion animals. Key elements include the integration of community members into the management of local animal shelters, meaningful and community-driven needs assessment, the provision of financial and other resources to animal guardians to be able to care for their animals, affordable, animal-friendly housing, and legislation to prohibit insurance-industry discrimination against certain types of companion animals.