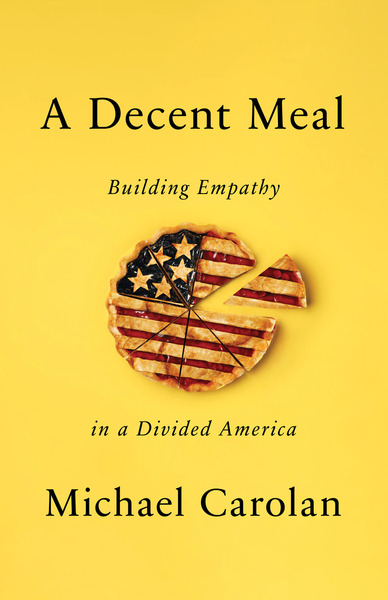 Framing the central argument for the book, this chapter refutes the belief that merely presenting facts will sway the way the public behaves; a realization that is crucial given level of polarization and hate that plagues society today. Time and again this assumption has been shown to be wrong, given humans' tendency to selectively accept only those facts that support our beliefs. Realizing this, the author puts forward a model of attitude and value change that rests on the power of physical, embodied experience and its impact on affect and emotion.

2 How Would You Stomach That?
chapter abstract

This chapter examines the experiential impact of taking the SNAP (Supplemental Nutrition Assistance Program) Challenge among a group of individuals who, at the start of the experiment, were unsympathetic to those on welfare. The SNAP challenge, also known as the food stamp challenge, involves purchasing food using only the monetary equivalent of what one would receive if they qualified for the government benefit. The average monthly payment for one person is around $126, which means the "challenge" part centers on trying to eat healthily on about $4.20 a day. The experienced proved meaningful and moving for the self-described cultural warriors who agreed to participate.

This chapter explores questions on why we cannot get along. Phenomena interrogated include globalization, geographic sorting, the marketization of everyday life, and the fragmentation of media (and social media) markets. The stories told lend weight to the argument that the problems we are facing are deep, meaning any response to it must be collective, intentional, and multifaceted. The author reports on, for example, interviews with white rural inhabitants who are watching their communities diversify at unprecedented rates, to varying effects; others, who only want to live alongside those who think, pray, and vote as they do. He also interviewed individuals who abandoned mainstream social media platforms for other outlets more welcoming of people who think like they do, creating echo chambers of disinformation and hate.

Chapter Four takes insights from a longitudinal qualitative research project, lasting from 2011 to 2018. The study involved individuals from a variety of different walks of life participating in community supported agriculture (CSA) platforms in Colorado, which refers to a subscription-based system connecting producers and consumers more closely by allowing the latter to subscribe to portions of the harvest. The experiences described occurred on CSAs where customers could volunteer on-farm-labor in exchange for lower subscription rates. These physical encounters are explored as they are shown to hold the potential to facilitate unique empathetic affordances.

5 Working to Respect Those Who Fed Us
chapter abstract

Chapter Five recounts two experiments: in one, a group of right-leaning individuals, which included at least one white nationalist, picked berries; in the other, progressive urban foodies detassled corn on a large-scale rural grain farm in Minnesota. The impact that these experiences had on what participants thought they knew and felt about certain "Others" are discussed. In addition, evidence is provided that help draw conclusions on how such physical encounters, such as those described in this chapter, can be leveraged to mitigate the effects of motivated reasoning and other cognitive biases.

This chapter draws upon the author's experiences in building food-based supply chains that connect urban eaters and rural producers. It offers a tentative answer to the question, 'How might we be able to leverage the growing popularity of urban food plans to engender empathy in ways that help heal the so-called rural-urban divide?' In doing this, the chapter also highlights the normative baggage associated with plans to promote "good" food while suggesting ways to turn that potential divisiveness into an opportunity for connection.

Chapter Seven offers observations from wild-game dinners, where metropolitan, left-of-center foodies were brought into contact with Republican hunters from the countryside. It does not get more politically tribal in the U.S. than when talking about guns. The thing about food, however, it that it offers a potential entry point into the subject without participants necessarily knowing it.

This chapter ties up loose ends and intentionally frays others. Appeals are made to broaden the conversation beyond food when thinking of ways to promote the ideas and practices supported by this book. The author also reflects upon what it means to claim we have an incivility problem while embarking on a project to afford empathy while acknowledging those terms'—"civility" and "empathy"—links to colonialism and other structures of oppression. Also explored are suggestions for next steps. Informed by lessons gleaned from the prior chapters, ideas are presented in the hope of helping afford an empathic revolution.