STANFORD
UNIVERSITY PRESS
Nothing Happened
A History
Susan A. Crane 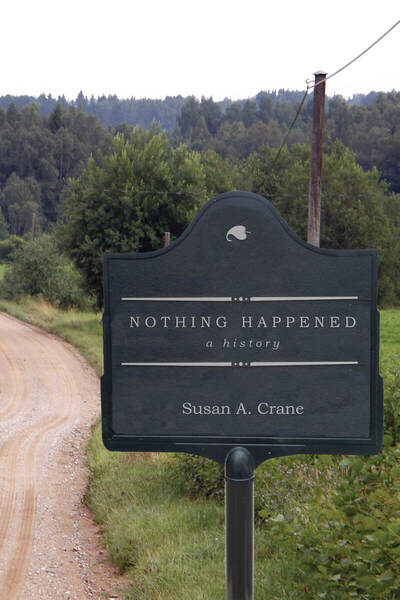 Nothing Happened
A History
Susan A. Crane

What does anyone really mean when they say, "Nothing happened" or "Nothing is the way it was," or "Nothing has changed"? One word, Nothing, is used to express the most essential feature of historical experience, a perception of change over time. This book illuminates the variety of meanings that have been attached to a single, multivalent term when modern people in the Americas and Europe were thinking about the past. Nothing is a ubiquitous historical object that transcends classical frameworks of historical chronology. I present diverse episodes of Nothing happening and Nothing being remembered as a history of historical consciousness to show how Nothing always means Something.

1 Studying How Nothing Happens
chapter abstract

Nothing is happening, all the time, but how does it get remembered? Once we start seeing Nothing as a historical object, we have a new way to understand remembering and forgetting and new questions to ask about the past. A history of "doing Nothing" means not only appreciating diverse forms of inactivity but also understanding unconventional topics, such as inertia, sleep, silence, and boredom, as sites of historical human activity. This episode explores how "Nothing happens" and "knowing Nothing" have become objects of inquiry, the subject of -ologies (agnotology, "gerundology," amnesiology). These historical objects include ignorance; blank pages, bare walls, empty spaces, and terra nullius; silences in musical performance and empty theaters; memorial tattoos; and doing nothing for medical research in the Dallas Bed Rest and Training Study.

2 Nothing Is the Way It Was
chapter abstract

The second episode considers the pain, shock, grief, and nostalgia that often accompany a sense of loss, when the past is seen to be insurmountably distant from the present—even when, and especially when, those who feel that Nothing is the way it was have lived through the transformation that produced the loss. In this episode, analysis of visual culture plays an important role. Photographs of wartime and Cold War ruins, alongside postcards from war-torn Europe, offer insights into the experience of historical consciousness produced by the same rapid and violent traumatic change that turned environments into rubble. Photographs made by urban explorers document the experience of perceiving oneself to be living through historical change and desiring to preserve memories of abandoned sites.

The third episode considers diverse examples of how historians, poets, and filmmakers have remembered when Nothing happened, ranging across both humorous and traumatic events in modern Europe and the Americas. The 1968 film Why Man Creates illustrates how standard narratives of Western civilization referenced the medieval period as an era when Nothing happened. Historians noted when Nothing happened, whether as uneventful moments or as efforts to erase memories of political turmoil. Late-twentieth-century faux historical markers asserted that "on this site in 1897 nothing happened." Scholars have evaluated the inevitable and repetitious failure of millenarian movements, when nothing happened on the day when the world was supposed to end. Poetry and films have drawn attention to the dire circumstances of those for whom justice is deferred, delayed, and passionately desired, when Nothing happened to the perpetrators whose surviving victims are still powerless in the face of their persecutors.

Conclusion There Is Nothing Left to Say
chapter abstract

When there is Nothing left to say about the past, we will say that Nothing happened and that will be where histories begin.