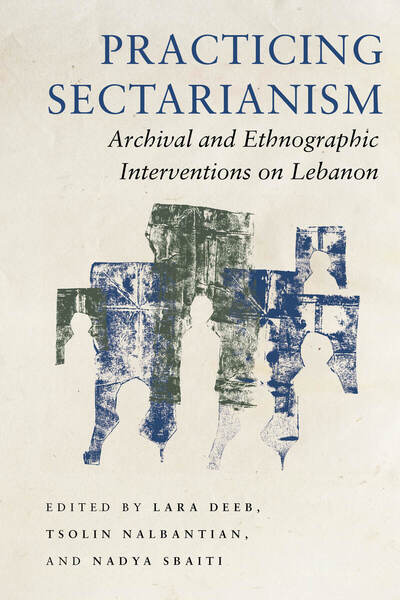 
ROXANA MARIA ARÃŞ is a PhD candidate in the doctoral program in anthropology and history at the University of Michigan, Ann Arbor, with research interests in religious studies, sensorial aesthetics, and multimedia ethnography. Since 2014 she has been doing research in Lebanon, where she currently resides. She is writing her doctoral dissertation on Orthodox Christian communities in the Middle East.

REEM BAILONY is an assistant professor of Middle East history at Agnes Scott College, and formerly an American Druze Foundation postdoctoral fellow at Georgetown University’s Center for Contemporary Arab Studies. She is currently working on her monograph titled “Syria’s Transnational Rebellion: Diaspora Politics and the Revolt of 1925–1927.”

MAYA MIKDASHI is an associate professor in the Department of Women, Gender, and Sexuality Studies at Rutgers University. She is an anthropologist and an interdisciplinary scholar of state power. Maya is a cofounding editor of Jadaliyya, and the author of Sextarianism: Sovereignty, Secularism and the State in Lebanon (Stanford University Press, 2022).

JOANNE RANDA NUCHO, an anthropologist and filmmaker, is the author of Everyday Sectarianism in Urban Lebanon: Infrastructures, Public Services, and Power (Princeton University Press, 2016) and associate professor of anthropology at Pomona College.

LINDA SAYED is an assistant professor at James Madison College at Michigan State University. She is an interdisciplinary scholar of the Middle East and its diaspora, focusing on issues of citizenship, power, and health inequality as it relates to marginalized and minority communities.

NADYA SBAITI is assistant professor in the Center for Arab and Middle Eastern Studies at the American University of Beirut, and visiting assistant professor at Georgetown University–Qatar’s History Department. She is an historian of the modern Middle East, with research interests focusing on education, gender, colonialism, and tourism. She is the author of a number of articles, book chapters, and essays, and is a coeditor of Jadaliyya.