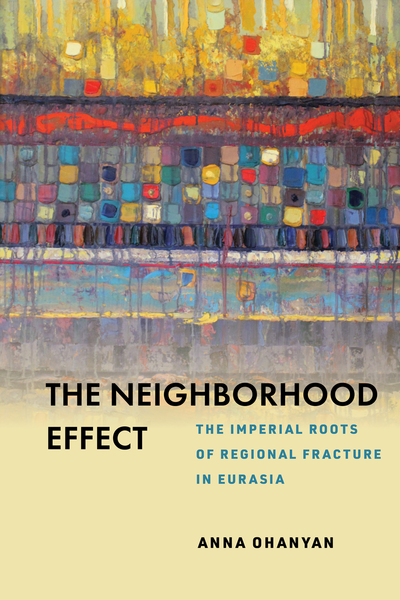 I found myself, one bright summer morning in 2021, at a very unlikely place for me. I had decided, on an impulse, to attend a public lecture at the Byurakan Astrophysical Observatory in Armenia, on the slopes of the majestic but dizzyingly tall peaks of Mount Aragats. This public outreach workshop was being led by the director of the observatory, Dr. Areg Mickaelian. I had come to try to buttress my astrophysics bona fides, in the hopes of impressing my astronomy-obsessed teenager, Isabelle Ani. Byurakan continues to be, after all, among the foremost observatories of its time, having in its storied history risen above Cold War politics to host the likes of Carl Sagan, Marvin Minsky, and Frank Drake as a part of mankind’s quest to survey galaxies, quasars, and, yes, even possible signs of extraterrestrial life.

My own, more earthly concerns with politics and governments seemed light-years removed from the observatory’s affairs. Until, that is, Dr. Mickaelian made an offhand comment that jolted me back to the messy realities of today’s South Caucasus.

“The Byurakan Observatory has always been a regional center,” he said. “And who knows, had we invested more in regional projects like Byurakan in the recent past, perhaps the war [the 2020 Nagorno-Karabakh war] would not have happened.”

He was right. The Byurakan Observatory is one of the few concrete attempts at regional cooperation in the area. In 2015, harking back to the spirit of Carl Sagan and the observatory’s role in East-West détente during the Cold War, Byurakan had become a formal regional host facility under the auspices of the International Astronomical Union. In this capacity, it has brought together, in Armenia, scientists from Tajikistan, Kazakhstan, Georgia, Iran, and (notably for this research) Turkey, whose government has no diplomatic relations with Armenia and which continues to be seen by many Armenians as an unrepentant and existential threat. Astrophysicists, it seemed, may have found a way to align these diverse stars in a way that continued to elude more earth-bound politicians and statesmen.

My visit to Byurakan reinforced my thinking about this book in two main ways. First, it highlighted the untapped potential of regional diplomatic infrastructure in these sorts of conflict regions. Second, something about the approach to the study of astronomy mentioned by Dr. Mickaelian has stayed with me: “Space is like a time machine,” he explained. What we see in the night sky is both past and present at the same time.

Can history be thought of in the same way, as the threading together of past and present in a time machine of sorts? How can we avoid being overly deterministic about the power of historical forces at the same time as we excavate the past to identify solutions to our contemporary problems in the social and political world?

In his first point, about Byurakan’s regional diplomatic prospects, Dr. Mickaelian was alluding to Byurakan’s potential to be a hub in a broader network of cooperative regional infrastructure that is currently nonexistent in the South Caucasus. For several reasons, I was pleasantly surprised to hear this perspective in Armenia. I have been traveling to conflict regions such as the South Caucasus and the Balkans throughout my career, studying the opportunities and challenges that are inherent in efforts towards regional diplomacy. I have found that notions of regional development and diplomacy often elicit more skepticism and doubt in the South Caucasus than they do in settings such as the Balkans.

Dr. Mickaelian’s intuition about regional initiatives echoes a central theme in the vast scholarship on comparative regionalism and geopolitics. And it is the lack of such regional diplomatic capacities in the South Caucasus region that I and many others have feared would lead to destabilization. In my earlier work I have referred to the South Caucasus as an “institutional desert,” due to its dearth of regional diplomatic infrastructure. Such infrastructure remains largely absent today, and the question of why that is has motivated this work. Why does regionalism take root in some areas but not others? What are the key aspects that drive the regional fabric of connectivity? Is it even desirable? These are among the questions explored in this book, as elements of the general concept of the “neighborhood effect.”

The policy message in this book is deceptively simple: neighbors matter. Despite its simplicity, this message, grounded in evidence and a review of the scholarly literature on the topic, stands in stark contrast to the foreign policy priorities practiced by smaller states in fractured regions such as the South Caucasus or the Balkans.

Policymakers and government officials in these regions have often been quick to highlight relations within their neighborhoods primarily as stepping-stones to larger global markets and political power centers further abroad, never as a desirable goal in their own right. This approach is often justified using grand narratives of geopolitics or national security, neglecting more local concerns such as domestic borderland constituencies. Nevertheless, the roots of this sort of regional fracture often lie on former imperial peripheries, from which they have been carried over into contemporary policymaking and modern regional power groupings. Understanding the nature of these origins is critical to the strategic management of the emergent multipolarity in world politics.

This book aims to offer a fresh approach to the familiar challenge of building functional regional security orders and peacebuilding systems in post-Cold War Eurasian politics. At its core, it is an attempt to understand the peculiar difficulties that have beset the establishment of regional groupings and regional structures in the post-Soviet space. Indeed, across hundreds of interviews conducted over the past decade throughout the Balkans, the South Caucasus, and Russia and at the European Commission in Brussels, it became clear that my interlocutors either viewed the regional dimensions of security provision for the newly independent small states as impractical and unrealistic, or dismissed them outright as dangerous. More characteristic of the foreign policies of the new states has been a fixation on pursuing larger geopolitical patrons and extra-regional alliances.

The Neighborhood Effect explores many of the questions that were raised in my previous work on regional dimensions of security and peacebuilding (Networked Regionalism as Conflict Management, 2015; Russia Abroad: Driving Regional Fracture in Post-Communist Eurasia and Beyond, edited, 2018). Those studies looked at the politics of building meaningful regional security systems in conflict zones, identifying the key markers of regional fracture as a legacy as well as a deliberate foreign policy tool used by hegemonic powers. In many ways, those works highlighted the apparent disconnect we continue to see today between comparative regionalism and security studies, particularly when it comes to understanding the politics of regional engagement in conflict zones.

This book, while continuing to investigate the specific mechanisms of regional fracture, also raises new sets of important questions. With Eurasia as their backdrop, to what extent are such fractured regions historically constructed, reflecting an imperial legacy inherited before the state system emerged and consolidated across the continent? Does regional fracture contribute to contemporary armed conflict and insecurity, and if so, how? How should we think about the regional roots of the contemporary state system in world politics? What do these questions mean in terms of policy? And do they even matter?

This work on the imperial legacies inherent in contemporary armed conflicts can perhaps be thought of in a similar vein to Dr. Mickaelian’s description of our present night sky as a sort of time machine, comprising light originally emitted in vastly different eras by different stars. Parts of Eurasia remain trapped in a vicious cycle of violence, state weakness, and authoritarianism. Breaking out of this sequence requires a deeper dive into history and a recognition that the imperial foundations of regional politics do indeed matter in the quest for solutions to contemporary security challenges and in the cultivation of sustainable and socially just peaceful relations within and among nations.

The Neighborhood Effect departs from the conventional scholarship in comparative regionalism that has treated deepening regional engagement as an evolutionary process culminating in institutionalized and integrated regions comprising administratively strong states. This canonical view has often advocated policies for investing in top-down regional organizations. Using a comparative historical analysis, this book challenges those prescriptions. It argues that the regional fabric of the communities that make up the former peripheries of diverse Eurasian empires predates the state system, rather than follows from it. This study, working with this empire-aware lens and the regional fracture theory that develops from it, shows how the neighborhood effect in Eurasia has vacillated, over time, between regional fracture and regional resilience rather than unidirectionally evolving toward integration. I also highlight here the role of non-state actors and the political agency of grassroots actors, both of which remain generally under-theorized and under-studied in political science and international relations. Considering the spectrum of fracture and resilience in regional terms and over time, this work aims to offer a new framework for thinking about ethnic conflict, its management, and peacebuilding practice in the Eurasian conflict beltway.