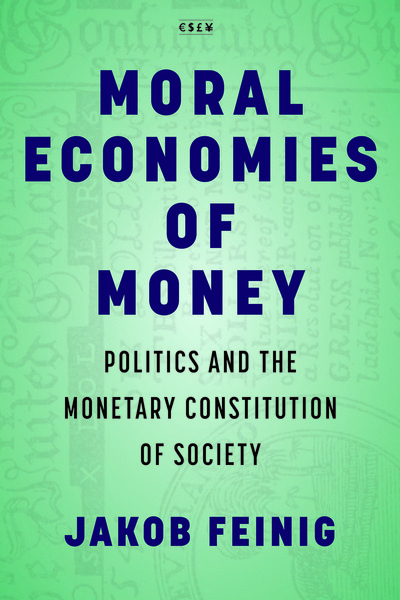 The Introduction shows the advantages of understanding money as a relation between money issuer and money users. It discusses how different money creation mechanisms shape money users' agency and knowledge, and the political-economic stakes involved in decisions about who should make money and according to what rules. If money creation is a political process, it is important to realize that money users in the past have reshaped their relation with the money issuer even if today's money users are disconnected from knowledge about money creation.

1 Settler Democracy as a Monetary School: Toward Moral Economies of Money
chapter abstract

This chapter showcases how money users in British colonial North America learned about the design of monetary institutions, the hierarchy of money, and its connection with taxation. Money creation was directly connected to electoral politics, and money users understood currency creation and taxation as a single field of collective practice. This chapter discusses the pay tokens that settlers and their governments used, as well as connections between municipal, colonial, and imperial finance, through a discussion of Massachusetts and a comparative analysis of middle and southern colonies.

This chapter discusses moral economies of money in British colonial North America. It discusses struggles about money creation and acceptance, focusing on grassroots practices and pamphlets that reveal popular knowledge about money creation. Because they understood money creation as a political process, colonists became users and makers of money who wanted to take part in decisions about how currency reached them, and how much of it, to shape society in a way they deemed just. The chapter also analyzes the practices and knowledges of those actors who wanted to silence moral economies.

3 Monetary Silencing and the Romance of Unmediated Exchanges
chapter abstract

This chapter introduces monetary silencing as a historical process. The US Constitution removed the right of money issue from states and placed it with federal institutions that it insulated from popular pressure. States and the federal government then chartered corporate banks that issued notes. Large groups perceived banks as immoral, and they channeled their frustration through a focus on commodity money. "Paper money," identified with banks, was now unjust, while legitimate money was now specie (silver and gold coins). This Jacksonian critique of the monetary status quo participated in a silencing process because it abandoned the eighteenth-century idea that money is a governance project its users can democratize.

This chapter shows how Civil War finance once again clarified the stakes of money creation and led important groups to develop moral economies of money. Civil War treasury currency (greenbacks) repoliticized money by demonstrating its character as a governance mechanism. In this context, large groups undermined the Jacksonian understanding of money, questioned the need for specie, and attempted to reshape monetary institutions.

5 What Kinds of People Should Money Users Be?
chapter abstract

Through a comparative analysis of gold standard advocates and Greenback moral economies, this chapter shows how different groups of money users imagined their place in the monetary system in the late nineteenth century. Gold standard advocates argued that people should relate to money as self-interested individuals only. For them, monetary success proved the value of someone's contribution to society, and the unsuccessful should not question money's verdict. Conversely, Greenbackers argued that monetary institutions required constant public vigilance and democratic governance. Money's verdict was questionable, and democratizing monetary design was the only way of ensuring its justice.

This chapter shows that in the early 1930s, jobless people and those facing foreclosure participated in moral economies of money. In response, New Dealers developed policies, institutions, and a rhetoric that allowed them to expand policy space while silencing moral economies. Despite a far-reaching restructuring of money creation, FDR denied the federal government's monetary agency and declared that the government was like a household that needed to pay back its debts. The chapter argues that New Deal policies shaped monetary silencing processes in the postwar era.

Conclusion: From New Deal Silencing to a Moral Economy of Money
chapter abstract

The conclusion analyzes the effects of New Deal monetary silencing to this day. It shows how the obscuring of monetary governance enabled a fictitious separation of the economic and the political with far-reaching repercussions, including effects on processes of racial structuring. It then discusses a policy, the federal Job Guarantee, that could enable a reemergence of moral economies of money. The conclusion ends with a nod to Kim Stanley Robinson's novel The Ministry for the Future, which educates readers about possible monetary responses to the unfolding climate catastrophe.