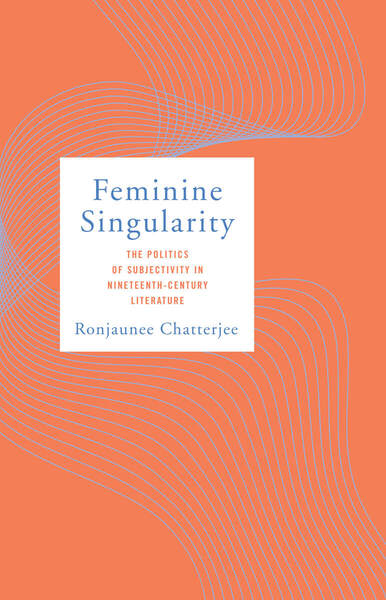 The introduction unfolds a theoretical genealogy of the term "singularity" and introduces a constellation of related terms that the book deploys in its chapters: "likeness," "seriality," and "minimal difference." While singularity is often read in continental philosophy—especially the aesthetic tradition after Immanuel Kant—as conceptually errant and unwieldy, the term nevertheless functions as a useful critical optic for untangling normative and prescriptive models of femininity and identity. This introduction opens up a critical conversation between nineteenth-century literature and several vibrant theoretical fields that engage singularity as an alternative to liberal individualism: continental philosophy, psychoanalysis, queer of color theory, and the Black radical tradition.

This chapter explores the representation of girlhood and the act of counting in Lewis Carroll's Alice stories (1865, 1871). Throughout both books, Alice persistently asks, "Who am I?" She attempts to answer the question through a basic mathematical procedure of enumeration. Counting allows Alice to recalibrate conventional ways of thinking difference and sameness. Her question asks about femininity rather than identity. I further contextualize Alice's question within wider shifts toward statistical aggregation in the nineteenth century evidenced by two other texts, William Wordsworth's "We Are Seven" (1798) and John Ruskin's The Ethics of Dust (1865). Through counting, Alice demonstrates a logic of gender as merely emergent and, therefore, as potentially open and multiple.

This chapter develops a wider account of lyric singularity untethered to aloneness or singleness. It focuses on the work of Charles Baudelaire, suggesting that a form of feminine singularity crystallizes in his work that refuses classification under the broader tenets of urban capital and political liberalism. I examine the scant evidence around Baudelaire's mixed-race partner, Jeanne Duval, reading her through fin-de-siècle visual culture, critical race theory, and Vancouver poet Lisa Robertson's experimental novel, The Baudelaire Fractal (2020). Robertson's narrative enacts femininity through description and, in doing so, begins to dislodge gendered and racialized ideas of the aesthetic.

This chapter engages Christina Rossetti's prose and poetry to theorize a model of minimal difference. In Rossetti's work, likeness—specifically in the form of sisterhood rather than binary difference grounded in the form of the heterosexual couple—shapes lyric individuation. Rossetti's short fiction and poetry, from her earliest work in Goblin Market and Other Poems to her collection of children's stories in Speaking Likenesses, bear out an interest in a "one" or a singular subject who lies outside of normative understandings of difference and kinship. This paradoxical mode of conceiving a feminine self largely out of the vexed psychic realm of similarity recalls the work of two scholars in particular: Sianne Ngai, who theorizes envy as a potentially enabling affect for representing feminist collectivity, and Maggie Nelson, in her book-length experimental poem Jane: A Murder (2005).

This chapter builds on the book's earlier arguments about likeness and singularity in a reading of Wilkie Collins's celebrated sensation novel The Woman in White. The book is a serialized tale of two women who are switched for an inheritance scheme, only to reveal their sisterhood. Noting that the novel's anxieties around gendered identity resemble those of passing narratives, this chapter studies The Woman in White and its material afterlife—the popularity of the figure of a "white woman" in visual and popular culture in Britain—to contest the stable epistemic grounds of "woman" and "whiteness." In revealing that women cannot be substituted for one another after all, Collins's novel exposes a gap between the visible body and its alleged interior as a stable locus of gendered and racialized subjectivity.

In theorizing the long durée of nineteenth-century conceptions of a subject, the concluding section of the book finds that problems of likeness and seriality haunt contemporary posthuman accounts of being as much as they do an earlier liberal humanism. Insofar as contemporary science fiction inherits tropes of doubling and iteration handed down from the Gothic, it remains enmired in basic questions around how difference functions to articulate ontology. The book ends by turning to a contemporary film, Alex Garland's Ex Machina (2014), to consider the presently popularized AI definition of singularity. This definition is animated by earlier trajectories of literary and philosophical thought. I read the film with Mary Shelley's novel Frankenstein (1818) to contrast their differing approaches to femininity and subjectivity. The book closes with a short reading of Jean-Luc Nancy's essay, "Literary Communism."