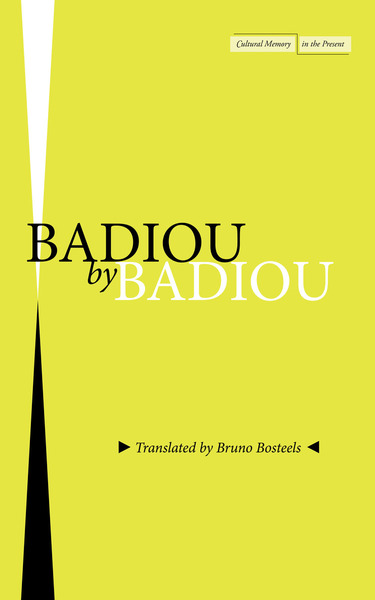 Badiou explains the basic premises behind his philosophy: being as multiple, truths originating from an event, subjects as fidelity to the consequences of such an event. He summarizes how he came to philosophy, after reading the work of Jean-Paul Sartre, and insists on the function of philosophy to change the world and influence the youth.

Badiou situates philosophy between the formal rigor of the letters and symbols of mathematics and the seductive power of the language of poetry. He tracing the sources of the quarrel between poetry and philosophy to Plato; and explains the role of mathematics in his own philosophy of being, appearing, events, and truths.

Badiou situates his thesis "mathematics = ontology" in the context of the history of different philosophical positions with regard to the possibility or impossibility of ontology as the discourse of being qua being. He then sums up the treatment of this question in each of his major books in the trilogy of Being and Event, Logics of Worlds, and The Immanence of Truths.