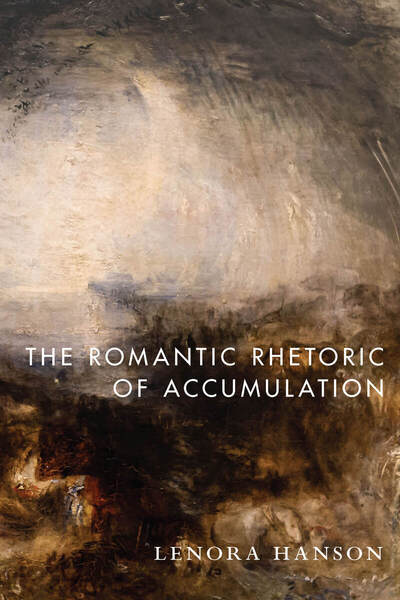 Literary critics of the long nineteenth century in British literature treat dispossession either as the historical origin of industrialization or as an ontological condition that deconstructs the subjectivity inaugurated by modernity. This chapter shows dispossession to be inextricable from the origins of capital accumulation, what Karl Marx designated as "so-called primitive accumulation." And it argues that Marx's ironic troping of "primitive accumulation" as "so-called" demands that we read the history of capitalism more rhetorically. Attention to dispossession through this lens engenders surprising connections between use value and figural language, and between subsistence ways of living and theories of translation. This chapter presents rhetorical language as an archive of capital's destruction of subsistence ways of living and the ongoing re-creation and translation of noncapitalist ways of living.

Apostrophe tends to be understood as the signal trope of lyric poetry and phenomenalized speech. This chapter dislocates apostrophe into the rhetorical and political economy of the riot and other criminalized ways of living. The apostrophic capacity of opposites to coincidence, and for direct and indirect address to occur simultaneously, shows up in work by S. T. Coleridge, Edmund Burke, and Erasmus Darwin. Coleridge's Conciones ad Populum and Burke's condemnation of the 1795 riots associate indirection with the wage form and the equilibrium of the market. When this equilibrium is disrupted, riotous bodies end up in Darwin's dissection room as the raw material for his theory of life. But Coleridge's strange apostrophe to Famine in Conciones enacts a radical coincidence of needs as a source of surplus, lack, and deviation, and enables a sense of subsistence as the radical and unmeasurable coincidence of oppositions rather than a measurable scarcity.

This chapter breaks with readings of Mary Robinson's "The Maniac" (1793) as a poem about analogy, sympathy, and the ethical possibility of speaking for others, reading it instead as a speculative reconstruction of enclosure. Set in an opium-induced dream, Robinson's poem enacts the intersection and splitting of persons that John Hunter called the "ludicrous anachronism" of the dream state. This chapter follows Angela Davis's and Silvia Federici's insights into anachronism's centrality to capitalist divisions of labor to read Robinson's figuration of herself, a wandering vagrant, an abandoned mother, and an absent father in her poem. Anachronism allows us to recall capital's continual return to and remaking of past social relations and legal statutes in order to gender and criminalize unpaid and unproductive labor in the present. This chapter presents the anachronistic conditions of the dream as a better model for the historical process of enclosure than chronological narratives.

This chapter reads Wordsworth's "Note to 'The Thorn'" (1800) alongside Benjamin Moseley's proslavery Treatise on Sugar (1799) and the "The Three Graves" (1817), by Wordsworth and Coleridge. The thingliness of tautological language that Wordsworth theorizes in the note reappears in anxieties about so-called witchcraft in England and Jamaica alike. Practices that emerged in contexts of dispossession were criminalized and medicalized as superstition. They reveal capital's reliance not only on slave labor but also on what Hortense Spillers calls the ungendering of the flesh and the thingliness of empirical bodies theorized by Erasmus Darwin and G. W. F Hegel. I repurpose tautology here through its vagrant etymology of "like it was, merely" and "to collect, gather" in order to gather the messy and mossy interconnections between so-called primitive accumulation and "sufficiently common" (Wordsworth) ways of living across conditions of enslavement and rural dispossession, which are targeted differentially for destruction.

The final chapter experimentally reads the Black Audio Film Collective's film Handsworth Songs (1985) alongside Joseph Priestley's and Alexander von Humboldt's work. Songs' momentary inclusion of Priestley montages Romanticism and racial capitalism rather than narrativizing it through industrialization. I show how Priestley's "New Chart of History" (1769) relies upon figure to do spatializing and affective work in the chart and revises eighteenth-century climatological discourses of race in ways that become more apparent in the later colonial writing of Alexander von Humboldt. Building upon Denise Ferreira da Silva's account of race as global, spatial, and affectable, I show that Priestley's and von Humboldt's versions of capitalist progress are constituted through the racialization of subsistence. My experimental treatment of figure as simultaneous affectability brings the history of racial capitalism to bear upon a Romanticism that tends to be deracinated through discourses of standardization and modernity.

Following a constellation of work by Mary Robinson in eighteenth-century England and contemporary writers Nazan Üstündağ on Rojava in Syria and Silvia Federici on Nigeria, I argue that grounding Romanticism in dispossession poses the question of whether there is anything historically and geographically delimitable about Romanticism. If Romanticism is caught in the reemergence, again and again, of dispossessions aimed at destroying noncapitalist means of subsistence in which they are revised as contemporary practices in the present, then Romanticism would not be a specific body of texts or a historical period: it would be a way of reading and study that dispossesses us of the enclosures that separate struggles over subsistence from literature and language. I conclude with an affirmation of the Palestinian call for an academic boycott of Israeli universities and state institutions as a crucial horizon for the practice of rhetorical reading in a global, antiracist mode.