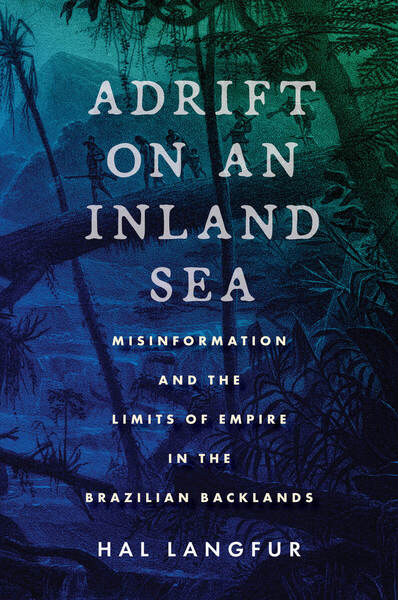 Setting out the key elements the book, the introduction argues that Portugal's drive to extend imperial authority over Brazil's immense, sea-like interior was significantly more vigorous than generally appreciated. Yet neither colonizers nor the colonized served as pliant participants when this effort intensified after 1750. It proposes measuring Portugal's transatlantic projection of power against a particular obstacle: imperial information-gathering, which produced a confusion of rumors, distortions, claims, conflicting reports, and disputed facts. Backcountry informants, including elite colonists, Native peoples, and free and enslaved Blacks, sometimes cooperated with but more frequently stymied authorities bent on controlling them. They eluded, defied, redirected, and time and again tamed imperial ambitions. The ship of Portugal's imperial state was cast adrift, lost among places, peoples, and circumstances it could not control or even comprehend.

Chapter 1 introduces Pamplona and follows him west. A humble immigrant from the Azores who married the freeborn daughter of a former slave, he ascended to prominence as a merchant, muleteer, and rancher. Drawing on literary and historical traditions of exploration and conquest, touting his search for hostile Indians and gold, as well as his masculine honor, he accentuated elements of his venture calculated to garner royal support while exploiting legislative and legal openings.

Chapter 2 examines Pamplona's disregard for colonists who preceded him and his search for individuals fleeing from slavery, further components of his self-fashioning. His rewards far exceeded his achievements in the backlands, as he maneuvered to gain enormous expanses of private property. His diary, frontier communiques, and insistent letter writing to high officials reveal his skill in manipulating their expansionist aspirations and ignorance of far-off places. His exploits demonstrate how privileged adventurers put royal policies to the test even as they invoked imperial mandates.

Concentrating on the coastal side of this internal frontier, this chapter explores the contested mastery of backcountry geographic and strategic intelligence. Gathering information and evaluating its reliability were the critical first steps in controlling these lands. The crown's struggle to decipher distant developments hinged on interactions between imperial agents, backwoodsmen, enslaved Africans, and especially seminomadic as well as settled Indians. Reconnaissance efforts focused on illicit gold mining, targeting the outlaws operating under the leadership of the outlaw Manuel Henriques, bearer of the sinister nickname Mão de Luva (Gloved Hand).

This chapter examines the parallel incursions into the Atlantic forest from inland Minas Gerais, culminating in a surprise military raid deployed to destroy the illegal mining operation. Native expertise proved vital both before and after this action.

This chapter concentrates on a final, much larger troop deployment on the coastal side of the mountains. This force was charged with establishing the crown's permanent presence in the interior, securing a monitored space in which legal settlement could proceed. As backcountry actors steered developments in unanticipated directions, uncertainty and suspicion prevailed. Seeking to spur the development of a slave-based extractive economy in the forest, officials found themselves distrustful of each other and fending off accusations of profiting from the trade in contraband gold.

6 The Enlightened Savant and the Black Prospector King
chapter abstract

Chapter 6 considers the personal, social, and political contexts in which the mineralogist and his prospector-guides became entangled in each other's lives. The governor and monarch sought Couto's expertise for the mission to the west, sparked by a massive diamond turned over by Couto's backcountry counterpart, Isidoro de Amorim Pereira, who achieved legendary fame as a "Black prospector king." For men of his ilk, diamonds could bring salvation but were more often the source of misery.

7 Diamonds, Love Songs, and the Alchemy of Exploration
chapter abstract

Chapter 7 turns to the reconnaissance mission itself. Notwithstanding its scientific agenda, the expedition was conditioned by historical precedents that portended problematic findings. A heroic tradition of backcountry conquest narratives made objectivity elusive. In the field, moreover, Couto's distrust of his hardscrabble guides deepened. They contributed their labor but produced little in the way of new discoveries. Nevertheless, eager to impress, Couto issued a promising report. Swayed by knowledge brokers of strikingly different sorts—a cosmopolitan university graduate and a toughened backcountry specialist—the crown invested in preliminary excavations only to be quickly disappointed.

Chapter 8 examines the transatlantic circumstances, both political and intellectual, that prompted the crown both to declare war against the Native inhabitants of this region and simultaneously to invite Northern European naturalists to explore it. Among the most able of these visitors was the German Prince Maximilian von Wied-Neuwied who, beginning in 1815, mounted a two-year expedition that culminated in his voyage up the Jequitinhonha River, reaching the point where it exited northeastern Minas Gerais. The chapter considers developments along the upper reaches of the Jequitinhonha River, where prolonged exchanges between Luso-Brazilian explorers, soldiers, and the Botocudo resulted in a tense peace, in contrast to the pervasive violence that characterized the conflict elsewhere. When the Botocudo demonstrated themselves amenable to cooperation, frontier officials contested the crown's war footing, calling into question the legitimacy of royal policies that treated the Natives as irredeemable savages.

Chapter 9 turns to the German prince's voyage, exploring the consequences of his dismissal of this complex history. His scientific renown depended on portraying his ethnological fieldwork as unprecedented, even though he conducted it at forts established before his arrival, where intensive exchange with the Botocudo was already a fait accompli and inconceivable without their initiative. Violating grave sites and returning to Europe with a young Botocudo informant he sought to reeducate, the naturalist made a name for himself contributing to a nascent, global anthropological enterprise that, for an international reading public, would reinscribe Brazil's backlands as an abode of racially impaired, exotic primitives in need of the promise of European progress. This perspective testified to the crown's ongoing limitations in territorializing its rule, as the colonial era came to an end.

10 Epilogue: How to Tame an Empire
chapter abstract

The epilogue argues that Portugal's inability to project territorial authority over sprawling lands beyond the Atlantic coast merits a prominent place it has not received among the factors explaining Portugal's swift loss of its most important colony upon Brazil's independence in 1822.