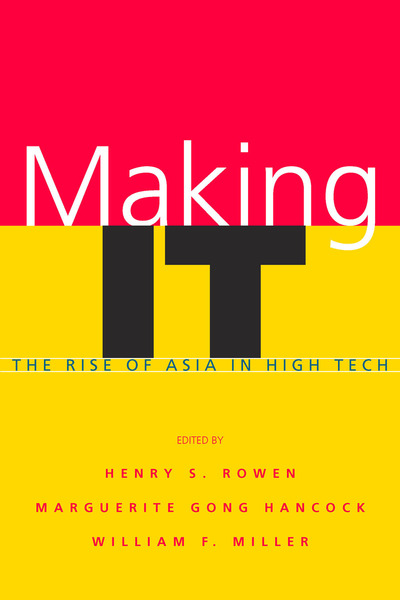 In 2003, consumption of IT goods worldwide was $1.5 trillion. Asia represented twenty percent of this total. Even more telling, Asia produced about forty percent of these goods. The continued rise of Asian IT innovation will pose a challenge to the eminence of traditional IT centers, notably Silicon Valley.

Making IT examines the causes as well as the major consequences of the dramatic rise of Asia in this industry. The book systematically analyzes each country's policies and results, on both a national level and, more importantly, in the innovation regions that have developed in each country: Japan's excellence in technology and manufacturing skills; Bangalore, India's late start and sudden explosion; Taiwan's Hsinchu Science-based Park's entrepreneurship and steady growth; Korea's Teheren Valley's impressive development of large companies; Singapore's initial reliance on multinational firms and its more recent switch to a home-developed strategy; and China's Zhongguancun Science Park's encouragement of investment from foreign firms while also promoting a domestic IT industry.

The book outlines the difficulties in the IT industry, including Japan's tendency to keep out most foreign firms and China's poor protection of intellectual property. Developed by the team that brought readers The Silicon Valley Edge, Making IT analyzes why this region has an advantage in this industry, the similarities and differences in the countries' strategies, why companies have clustered in specific localities, and most important, what will be changing in the coming years.

Making IT should leave no doubt that the United States and other countries competing in the global economy will face enormous challenges—and opportunities—responding to the rise of an innovative Asia.

"...offers stimulating, informative, and authoritative accounts of the enduring issues that affect IT in the region. The volume should therefore serve as an important standard reference in what has become a very large literature on the subject, and would be a very useful addition in advanced courses on Asian political economy and high-tech industrial development."

"Making IT harvests a bumper crop of useful information, facts, and figures... Making IT is solidly informative about the origins and evolutions of IT industries in Asia."

"Making IT is an excellent work of collective scholarship. The book provides a wealth of information on one of the most striking episodes in economic development of the past few decades—the rise to global prominence in the IT sector of a part of the world that had long been regarded as a technological backwater."

"The great strength of Making IT lies in its detailed case studies of Taiwan, India, Singapore, Korea, China, and Japan. The comparative focus on high-tech clusters and the explicit comparisons to Silicon Valley as the leader and model make an excellent contribution to our understanding of the high-tech cluster phenomenon and the ongoing competitive rise of the Asian economies considered in the book." 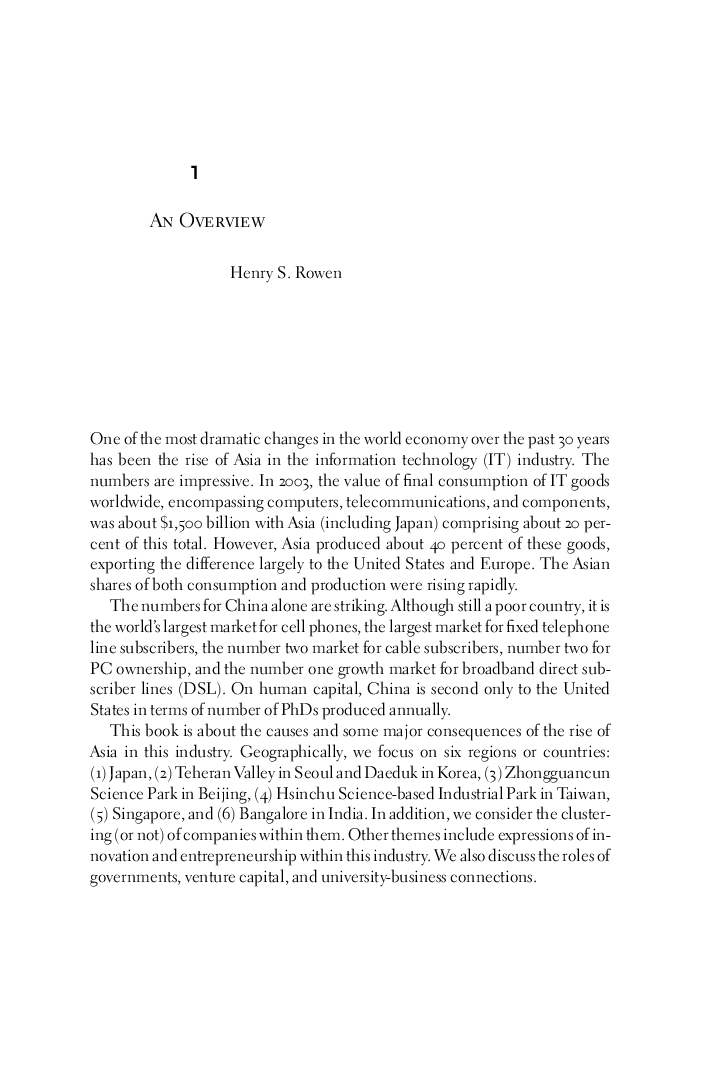 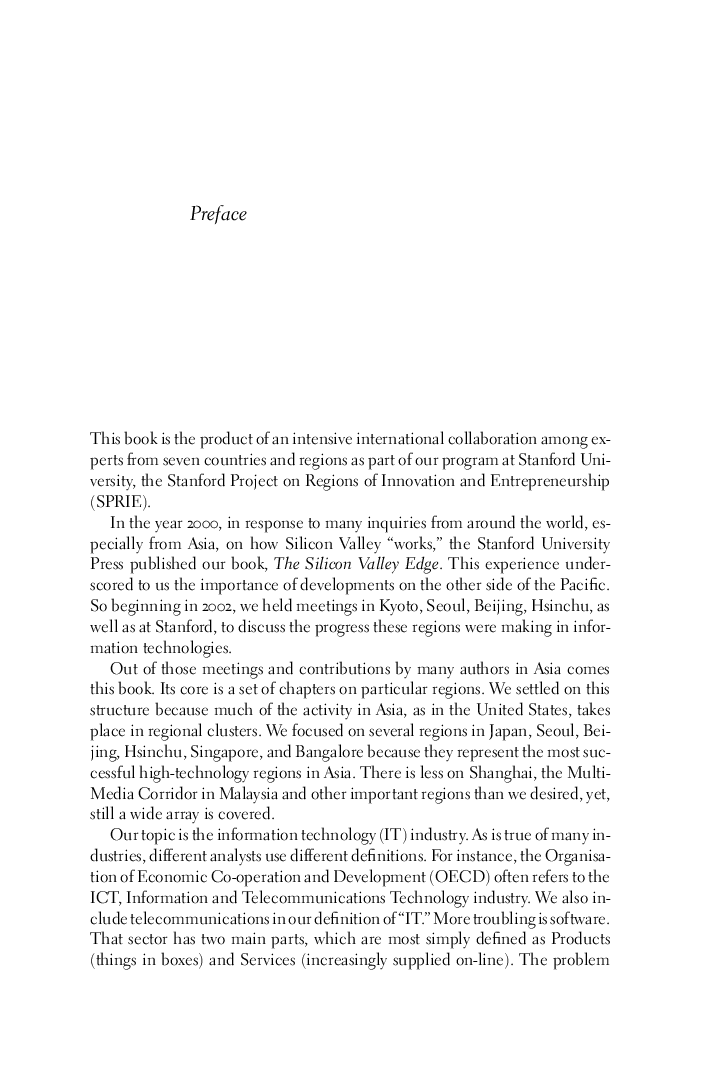 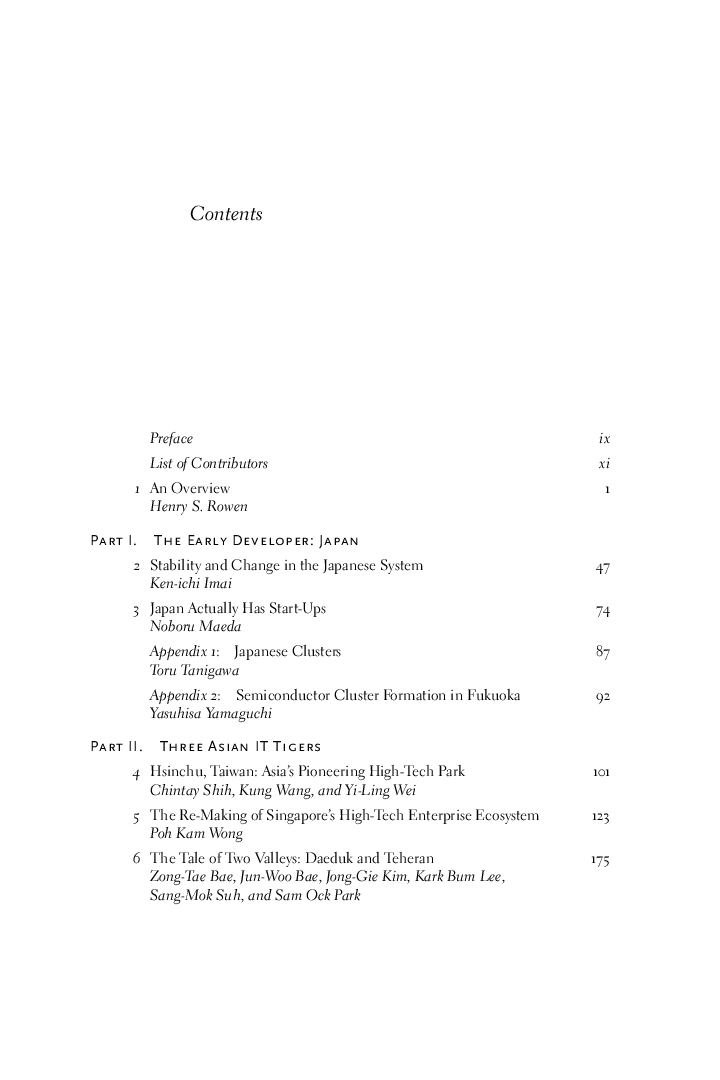