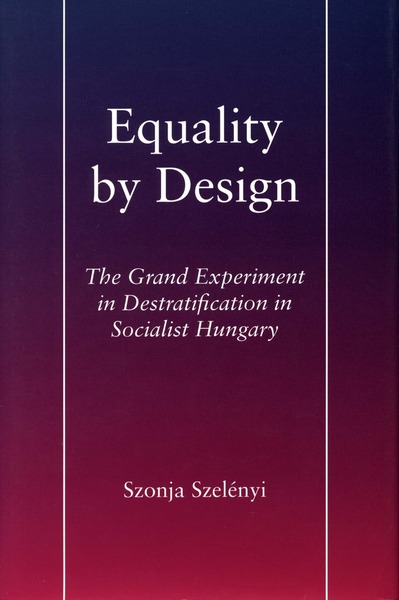 Social mobility is a classic topic in sociology, and Hungary presents an interesting case study for a number of reasons. The communist regime that took power after World War II had the proclaimed goal of eliminating the abusive inequalities of the old regime and creating an egalitarian society; it accordingly introduced numerous measures intended to favor the advancement of people with working-class backgrounds.

That to some extent these policies worked cannot be disputed, but over time did they simply replace one privileged class with another? What happened during the communist reform era of the late 1970’s and 1980’s, when Hungary went much further along the path of decentralizing the economy than any other Eastern bloc country? What happened in the postcommunist era? And what difference did such age-old liabilities as being Jewish or female make?

There is as much scholarly debate over how to address these questions in an intellectually rigorous way as there is over the answers to them. This study aims to contribute to the debate by analyzing random samples of both elites and the general population and by carrying out comparisons across presocialist, socialist, and postsocialist society. Its main methodological goal is to explore the implications of carefully distinguishing between the effects of socialist reform on the distribution of inequality from its effects on the underlying rules by which inequality is allocated.

"Equality by Design is exemplary in its use of statistical models to adjudicate different theories of socialist stratification, and there is an elegance, parsimony, and clarity about Szelényi's analysis that is very appealing. She is among the pioneers in bringing history to the study of stratification, successfully exploiting Hungary's journey from capitalism to capitalism through socialism."