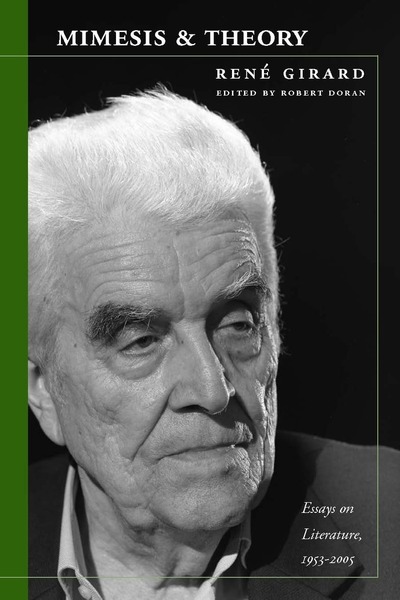 Mimesis and Theory
Essays on Literature and Criticism, 1953-2005
René Girard, Edited and with an Introduction by Robert Doran
SERIES: Cultural Memory in the Present

Mimesis and Theory brings together twenty of René Girard's uncollected essays on literature and literary theory, which, along with his classic, Deceit, Desire, and the Novel, have left an indelible mark on the field of literary and cultural studies. Spanning over fifty years of critical production, this anthology offers unique insights into the origin, development, and expansion of Girard's "mimetic theory"—a groundbreaking account of human interaction and of the genesis of cultural forms.

The essays run the gamut of Western literary culture, from Racine and Shakespeare to the existentialist writings of Simone de Beauvoir and Jean-Paul Sartre. The authors who have most influenced Girard—Stendhal, Proust, and Dostoevsky—receive extended treatment, and Girard's observations on the changing landscape of literary studies are chronicled in several essays devoted to psychoanalysis, formalism, structuralism, and post-structuralism.

Though at times overshadowed by his work in religious and cultural anthropology, Girard's work in the area of literary studies has been the wellspring of his thought. All of the essays in this volume develop the idea that the greatest authors are also the greatest students of human nature, for their artistic intuitions are generally more penetrating than the analyses of the philosophers or the social scientists. Girard does not offer us a theory of literature but literature as theory.

René Girard is the Andrew B. Hammond Professor Emeritus of French Civilization at Stanford University and a member of the Académie française. Robert Doran is James P. Wilmot Assistant Professor of French and Comparative Literature at the University of Rochester.

"[T]his collection spans the course of Girard's career and provides a concise way to gain some perspective on his legacy . . . One the whole, this volume confirms Girard's reputation as a first-rate literary critic, devoted to the close study of literary texts but avoiding the pitfalls of l'art pour l'art formalism by asking extra-literary, essentially anthropological, questions of them, and emphasizing the insights and lessons that literature has to offer us in those matters that are of greatest import to us." 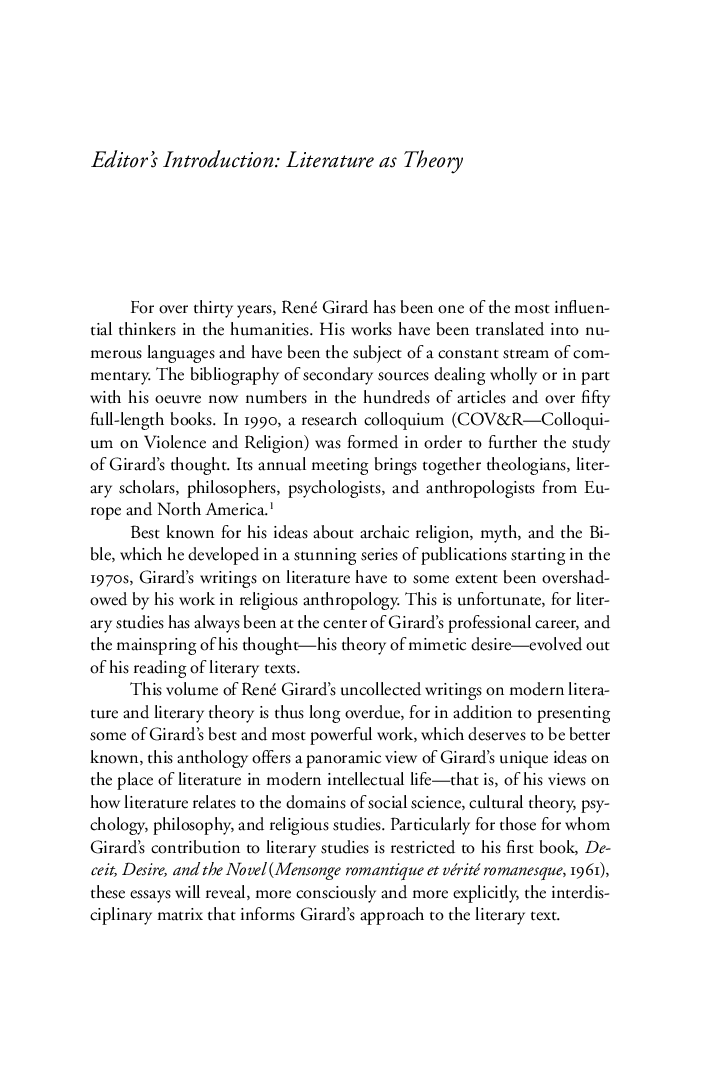 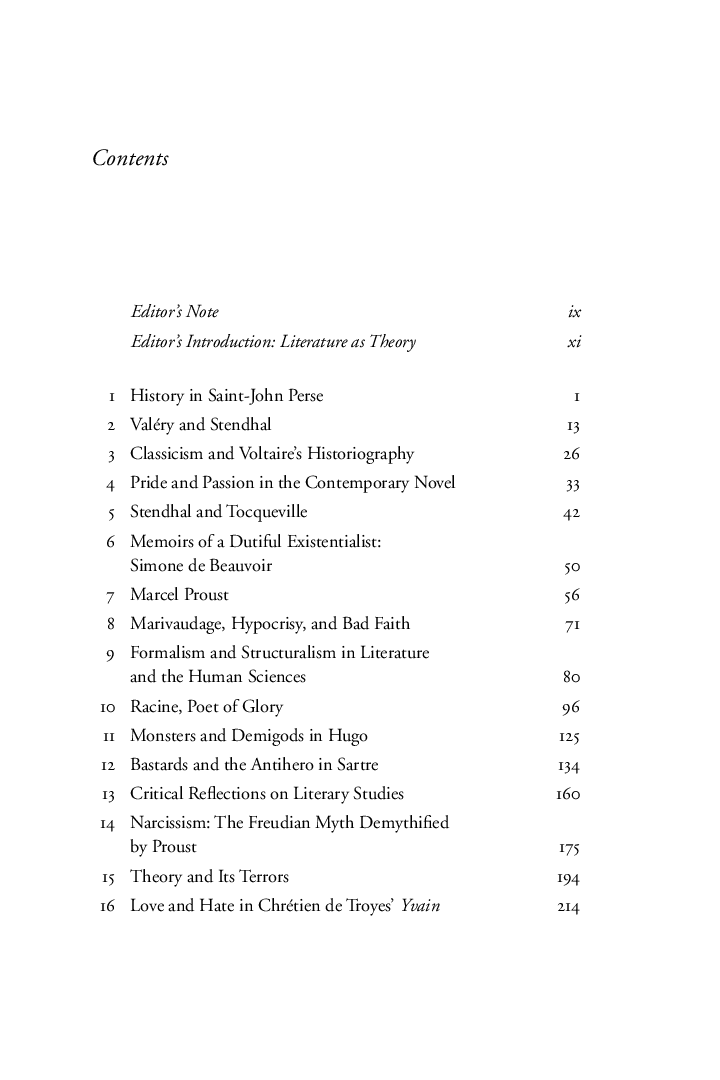