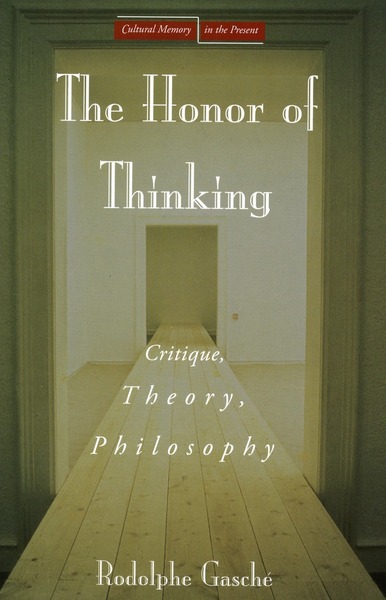 The Honor of Thinking investigates the limits of criticism, theory, and philosophy in light of what Martin Heidegger and French post-Heideggerian philosophers have established about the nature and tasks of thinking. In addition to in-depth analyses of Walter Benjamin's conception of critique—and in particular the relation of critique to ethics, as well as alternative models of criticism (such as Heidegger's notion of "Auseinandersetzung," and Derridean deconstruction)—this book contains essays on the notion of theory from the Greeks and the early German Romantics to the contemporary use of this notion in literary studies. The last part of the book investigates the different ways of understanding philosophical thinking that are found in contemporary French thought, examining works of Foucault, Deleuze, Lyotard, and Derrida.

Rodolphe Gasché is Eugenio Donato Professor of Comparative Literature at the State University of New York at Buffalo. He is author of many books in German and English, including the following from Stanford University Press: The Idea of Form: Rethinking Kant's Aesthetic (2003) and Of Minimal Things: Studies on the Notion of Relation (1999). 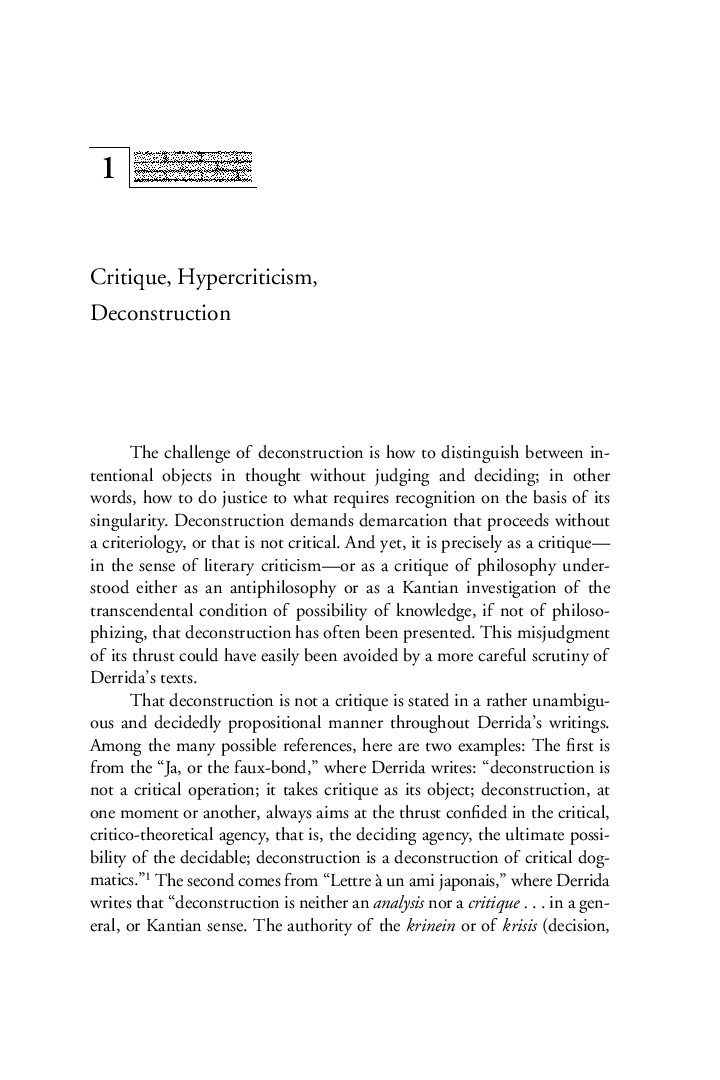 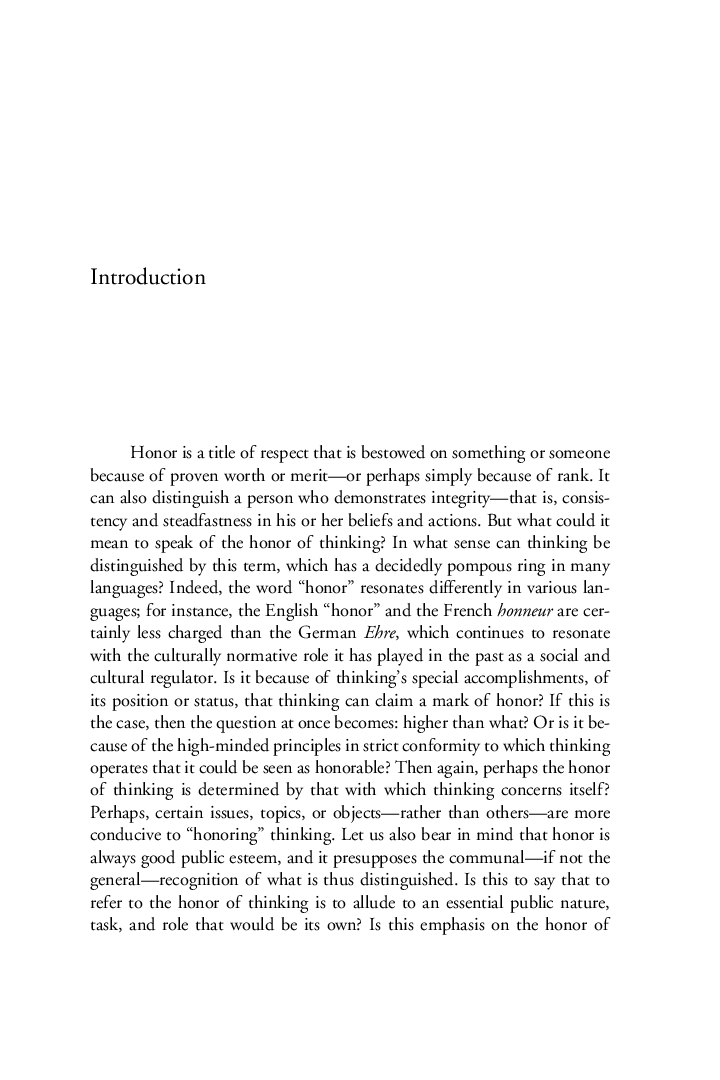 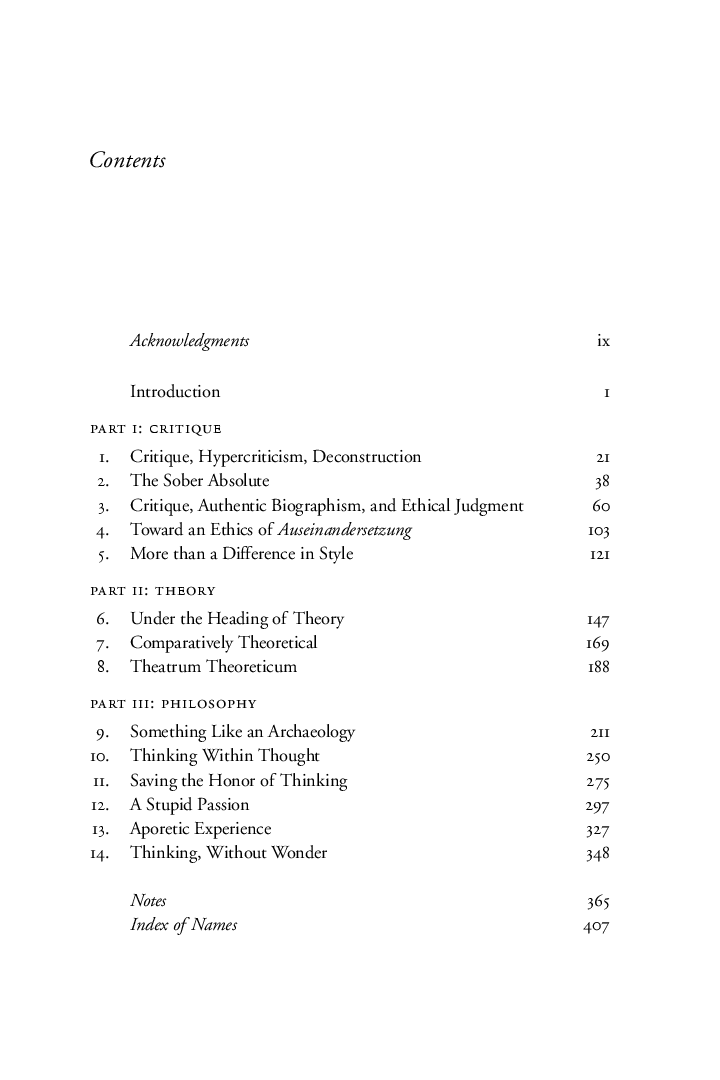