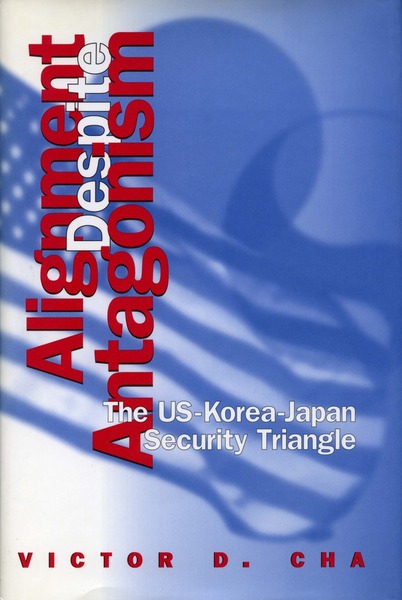 Japan and the Republic of Korea (ROK) have been two of the most critical pillars of peace, stability, and prosperity in the Asia-Pacific region for the past thirty years. At the same time, their relationship has fluctuated markedly and unpredictably. Despite the existence of a common ally in the United States and common security threats from the former Soviet Union, China, and North Korea, bilateral relations between Japan and South Korea have been persistently marred by friction.

In the first in-depth study of this puzzling relationship in over fifteen years, the author compares the commonly accepted explanation for this relationship—historical enmity—with one that focuses on policies of the United States as the key driver of Japan-ROK relations. He finds that while history and emotion certainly affect the ways in which Japanese and Koreans regard each other, cooperation and dissension in the relationship are better understood through what he calls a “quasi-alliance” model: two states that remain unallied but have a third party as a common ally.

This model finds that the “normal” state of Japan-ROK relations is characterized by friction that stems not only from history, but also from fundamental asymmetries in Japanese and Korean expectations of support from each other. The author shows, however, that in periods when the American defense commitment to the region is weak, Japan-ROK relations exhibit significantly less contention over bilateral issues. Without the prop of U.S. assistance, the two countries are seemingly willing to overlook the usual causes of friction and to adopt a more pragmatic approach. The author discusses the effects of democratization and the post-Cold War era on the triangular relationship, and addresses the prospects of a united Korea and its future relations with Japan, the United States, and China.

The book covers the period from 1965 to 1998 and draws on recently declassified U.S. documents, internal Korean government documents, and interviews with former policy makers in the United States, Japan, and Korea.

Victor D. Cha is Assistant Professor in the Department of Government and School of Foreign Service at Georgetown University.

"A carefully researched treatment of the highs and lows of U.S.-Japan-Korea trilateral policy coordination. . . . It merits reading by both scholars and practitioners of East Asian security."

"Cha's book is a meticulously documented yet readable account of the tensions and interactions between America's tow allies in Northeast Asia in recent decades. It adds significantly to accessible knowledge of a difficult but increasingly important relationship."

—Don Oberdorfer, author of The Two Koreas: A Contmporary History

"The book is an impressive piece of work which raises the level of academic dicussion on the U.S.-Korea-Japan security triangle. . . . Cha's book should be a major contribution."

"The book's stengths are both theoretical and empirical. Cha develops a very good framework that yields testable predicitons about how U.S.-Japan-ROK relations should change. The empirical chapters set out important history . . . and work very well for testing the theory."

"Victor D. Cha's Alignment Despite Antagonism provides a much needed corrective to the tyranny of solipsistic historicism in understanding South Korea-Japan security ties and sets a new benchmark for scholarship."

"Cha's most important contribution is that his study sets a new standard for scholarship."