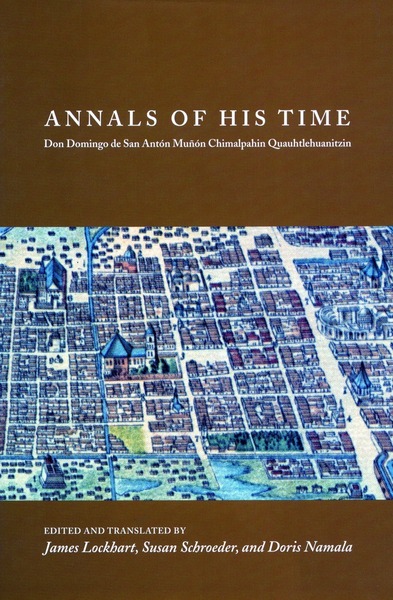 Among the native-language documents written by the Nahuas of central Mexico after Spanish contact, the annals genre gave them the freest rein in expressing themselves. The premier practitioner of the Nahuatl annals form was a writer of the early seventeenth century now known as Chimalpahin. Until recently, attention went primarily to his writings about precontact events.

Now Chimalpahin's equally important writings about his own time have begun to come to the fore; the present volume is the first English edition of Chimalpahin's largest work, written during the first two decades of the seventeenth century. The great immediate value of the material is that it shows the Mexico City of the author's time, both Spanish and indigenous, as a cultured Nahua viewed it, and reveals the Nahuatl social and cultural vocabulary of that era. Among entries reporting run-of-the-mill events, the annals contain much color and humanity.

The edition features a faithful transcription and a very readable translation. The apparatus includes telling new analysis of both language and content.

James Lockhart is Professor Emeritus of History at UCLA. He is the author of The Nahuas After the Conquest (Stanford University Press, 1992) and much else in Nahuatl studies.

Susan Schroeder is France Vinton Scholes Professor of Colonial Latin American History at Tulane University. She is the author of Chimalpahin and the Kingdoms of Chalco (1991), and has edited other works of Chimalpahin.

Doris Namala is Lecturer at Loyola Marymount University and author of the dissertation "Chimalpahin in His Time," now being developed into a book.

"Lockhart, Schroeder, and Namala offer a comprehensive overview of the cultural production of the colonial period, the importance of the annals genre, and how annals have been interpreted by scholars in recent times. The detailed historical annals by Chimalpahin in particular, transcribed and translated into English by the editors, constitute a valuable ethnohistorical source that is essential for a deeper understanding of the pressures and demands indigenous societies faced . . . The high standards of Lockhart, Schroeder, and Namala's edition have surpassed the demanding requirements of a reference tool such that it constitutes a model of scholarship for future research on the study of Nahuatl social and cultural vocabulary."

"Lockhart, Schroeder, and Namala offer a transcription and a nearly flawless and very enjoyable translation of one of the most important native-authored documents from colonial Mesoamerica." 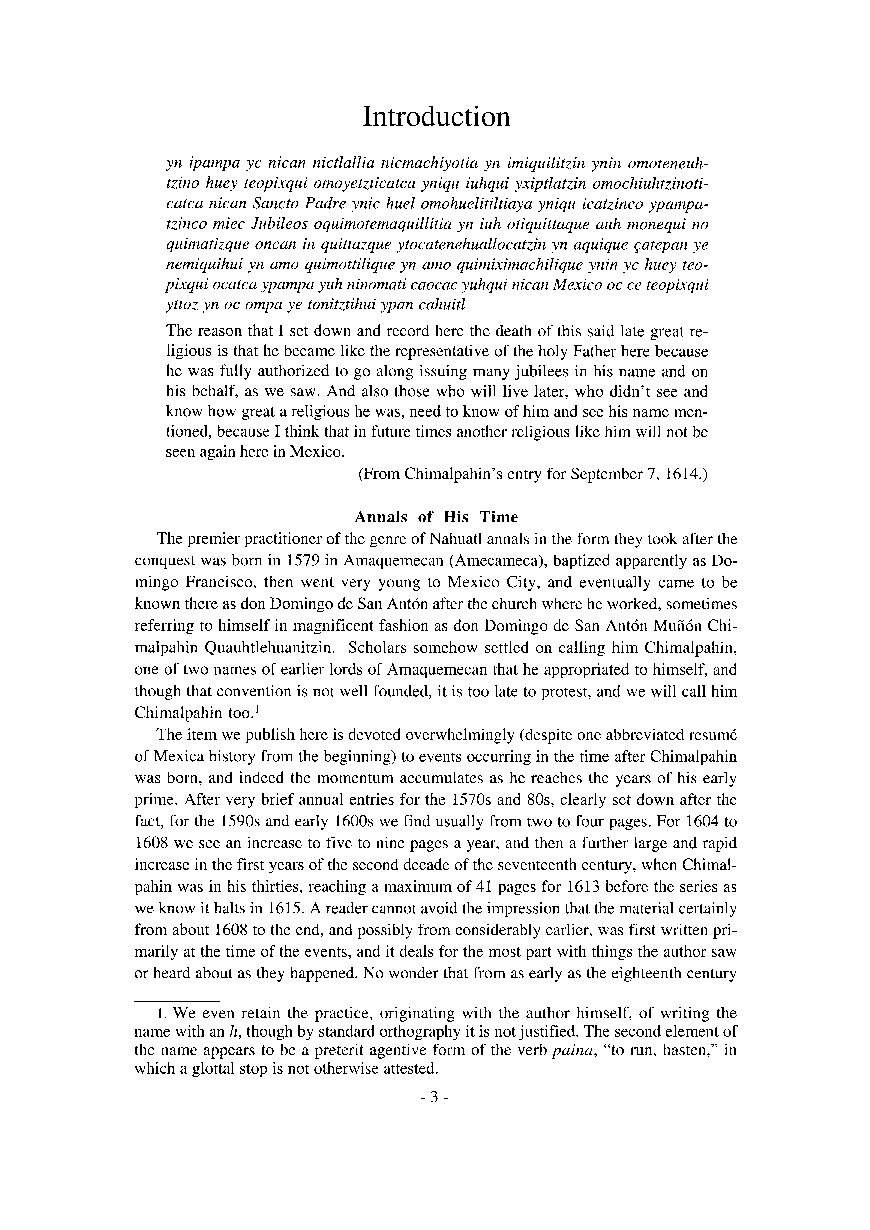 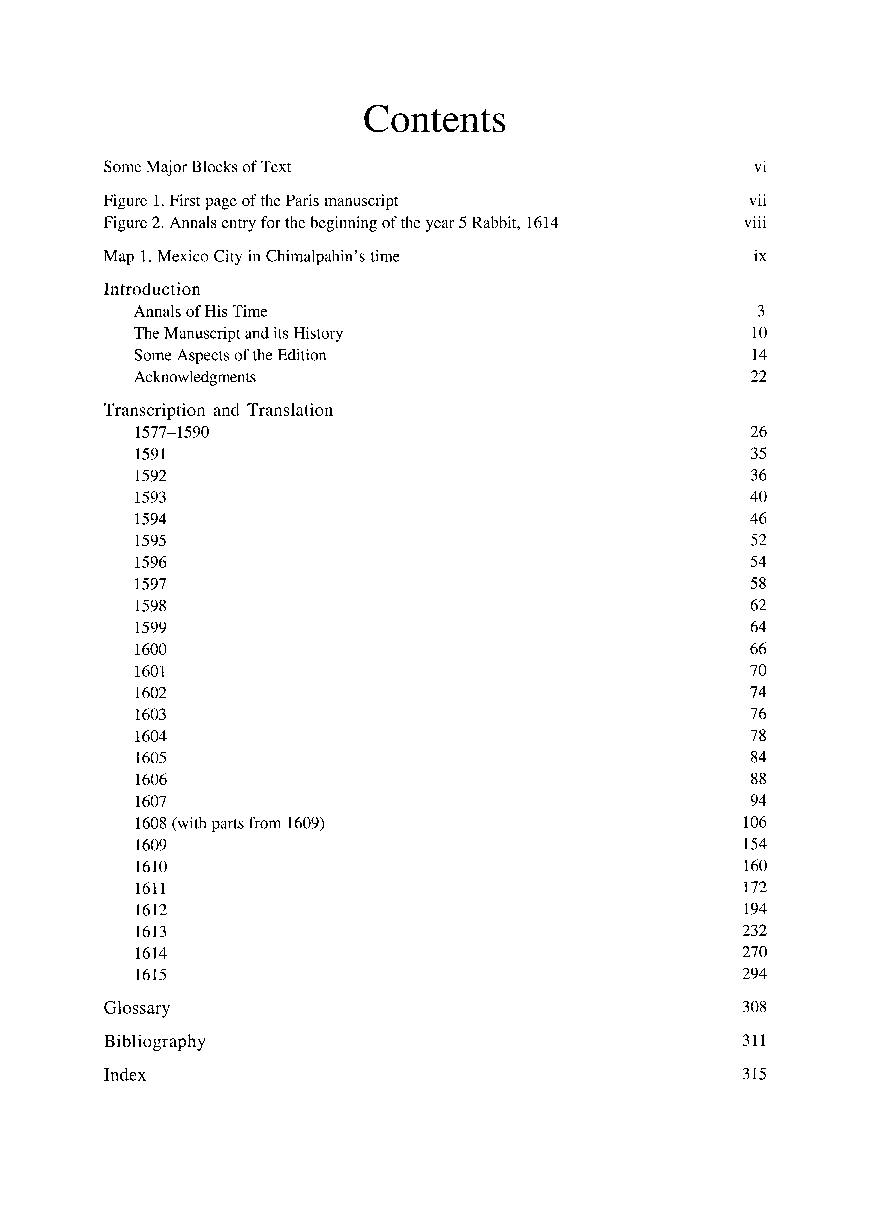