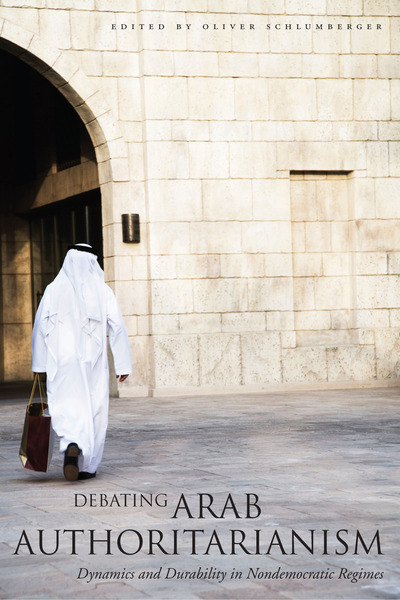 This volume inquires into the working mechanisms, the inner logic, and the durability of authoritarian rule in Arab countries. Written by leading American, European, and Arab experts, the collected essays explore the ongoing political dynamics of the region and show how Arab regimes retain power despite ongoing transformations on regional, national, and international levels and in societal, political, and economic spheres.

The findings of this book strongly suggest that democratization remains off the agenda in any Arab country for the foreseeable future. Domestic political protests, international pressure toward more liberal governance, and "reform-oriented" regimes notwithstanding, Debating Arab Authoritarianism indicates that while the impetus for political change is strong, it is in the direction of an adaptation to changed circumstances and may even be a revitalization or consolidation of authoritarian rule rather than a systemic transition to democracy.

Oliver Schlumberger is a Senior Researcher at the German Development Institute (DIE), Bonn, Germany. His research focuses on Middle East politics and political economy as well as on nondemocratic regimes and democracy promotion.

"...Debating Arab Authoritarianism is a worthy collection that elucidates the logic of authoritarian resilience. It is an important contribution that makes clear what trips up democratization in the Arab world and beyond."

"An outstanding collection of essays concerning one of the most important questions facing present-day political analysis of the Middle East.This book sheds fresh light on the history of the region's authoritarian regimes, their persistence, and their possible futures."

"This book provides revealing insights into despotic governance in the Arab countries."

"In contrast to the democratic deficit literature that purports to explain the absence of democracy in the Middle East, this superb collection of essays provides a theoretically sophisticated account of the origins andnature of authoritarian persistence and durability. The contributors bring a variety of theoretical and empirical perspectives, and their endeavors are animated by a common research agenda that gives analytical coherence to this illuminating volume."

"By speaking from various disciplines, the contributors offer intriguing and complementary analyses that range from the management of opposition using the formal and informal rules of competition, to the contradictory roles of the reforms that often reconfigure authoritarianism rather than promote democracy. The book strikes a nice balance between empirical data analysis and conceptual discussion and makes a substantial contribution to the debates not only on Arab authoritarianism but authoritarianism in general."

"The analysis of Arab authoritarianism offered in this volume is truly excellent, with all contributors shedding light on the workings of Arab regimes and treating them as "stable" political systems rather than transitional ones. The book is a must-read for all those interested in political authoritarianism, the Middle East, and international relations." 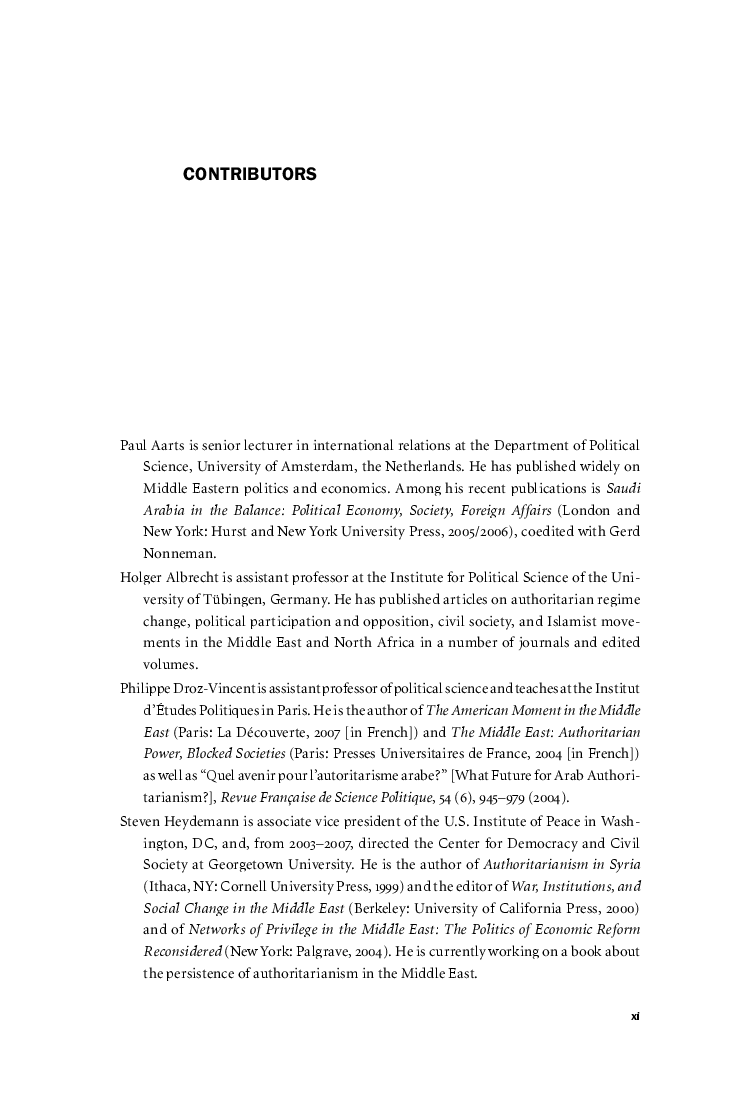 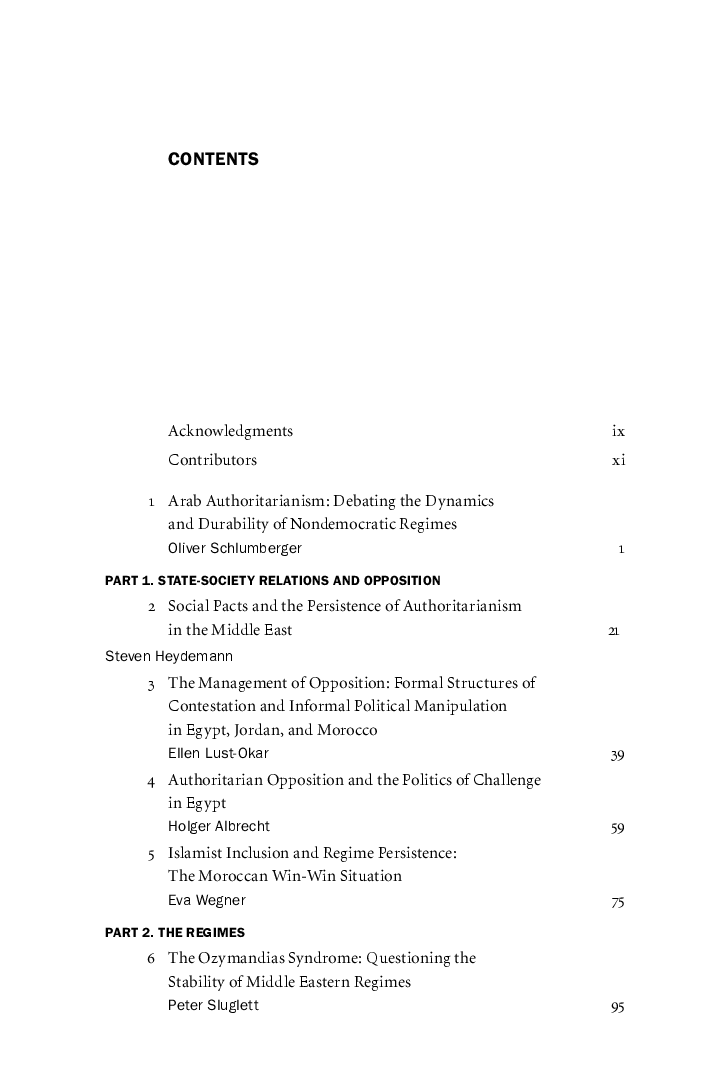