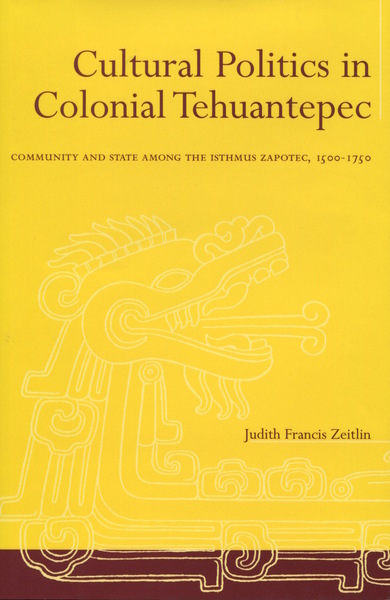 This book is a historical and archeological examination of the Isthmus Zapotec state, which was established at Tehuantepec in late prehispanic times through a campaign of conquest and colonization, and the responses that its descendant populations made to the complex political, economic, and cultural changes introduced by Spanish colonialism.

Although the modern-day Isthmus Zapotecs are renowned in Mexico and among Latin Americanists for their vibrant cultural traditions and their legacy of political resistance, only isolated elements of the complex historical processes by which these patterns emerged have been studied previously. Using complementary archival and archeological sources, the book details the transformation of Isthmus Zapotec society under colonialism and the enduring structures through which its members redefined their political autonomy.

Judith Francis Zeitlin is Associate Professor of Anthropology at the University of Massachusetts Boston. She is co-editor of Caciques and their People (1994).

"Cultural Politics in Colonial Tehuantepec represents a welcome addition to the regional ethnohistories that constitute an important genre in the history of early Mexico... The book is striking in detailing each historical period through as many types of sources as possible—archaeological remains, pictorial and alphabetic texts, linguistic data, and oral traditions—rather than, for example, using only archaeological data to describe the pre-Hispanic period, as one might expect. Zeitlin moves seamlessly among various disciplinary approaches, theoretical orientations, and source materials, with apparent ease and considerable elegance."

"[This] important contribution to the study of pre-Columbian and colonial Mexico advances our understanding of the remarkable historical fluidity and resilience of Isthmus Zapotec culture and identity."

"...an insightful and deeply researched work."

"This book is rewarding in a number of ways. Zeitlin's careful and subtle historical reconstructions avoid undue speculation. The elegant writing style invites careful attention. Theoretical digressions and comparative comments are adroitly woven within the text so as not to disrupt the narrative."

"This is a first-rate study which merits attention from anyone interested in how colonialism shapes, and is shaped by, indigenous peoples under its rule." 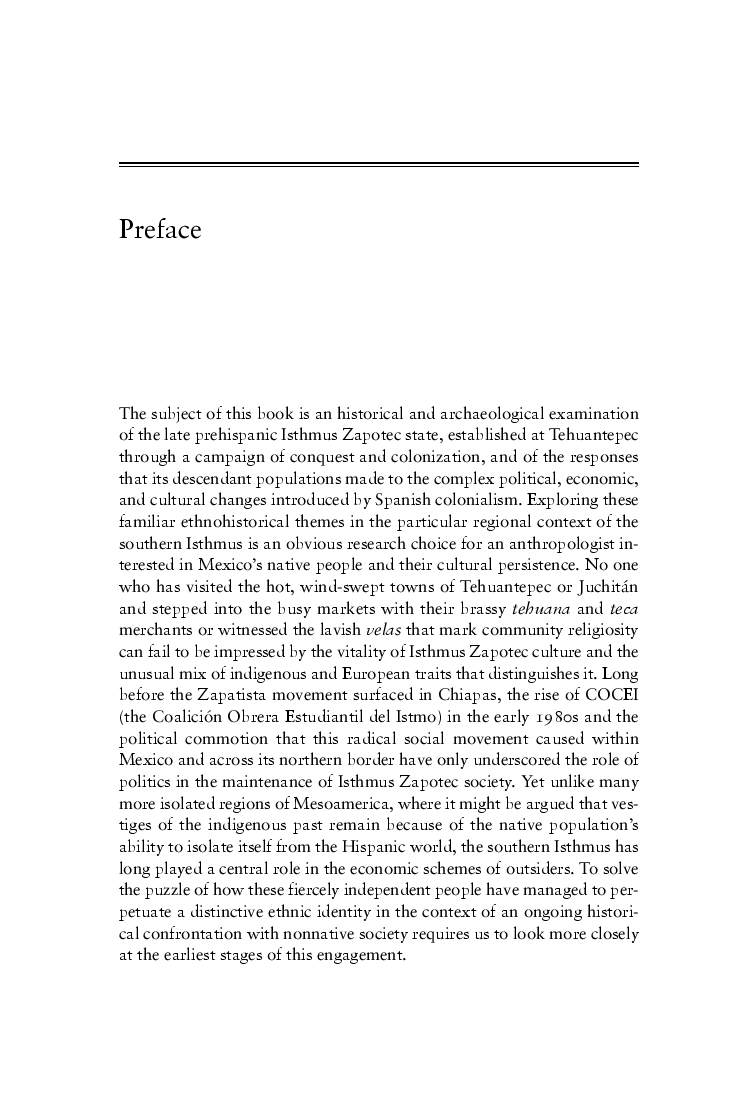