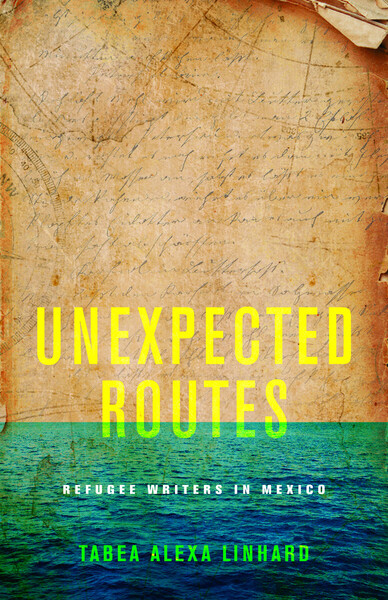 Unexpected Routes chronicles the refugee journeys of six writers whose lives were upended by fascism in the aftermath of the Spanish Civil War and during World War II: Cuban-born Spanish writer Silvia Mistral, German-born Spanish writer Max Aub, German writer Anna Seghers, German author Ruth Rewald, Swiss-born political activist, photographer, and ethnographer Gertrude Duby, and Czech writer and journalist Egon Erwin Kisch. While these six writers came from different backgrounds, wrote in different languages, and enjoyed very different levels of recognition in their lifetimes and posthumously, they all made sense of their forced displacement in works that reveal their conflicted relationships with the people and places they encountered in transit as well as in Mexico, the country in which they all eventually found asylum.

The literary output of these six brilliant, prolific, but also flawed individuals reflects the most salient contradictions of what it meant to escape from fascist occupied Europe. In a study that bridges history, literary studies, and refugee studies, Tabea Alexa Linhard draws connections between colonialism, the Spanish Civil War, and World War II and the Holocaust to shed light on the histories and literatures of exile and migration, drawing connections to today's refugee crisis and asking larger questions around the notions of belonging, longing, and the lived experience of exile.